A man appears before a judge o...

A man appears before a judge one day, asking for a divorce. The judge quietly reviewed some papers and then said, 'please tell me why you are seeking a divorce.'

The Judge replies, 'what kind of a reason is that? What is the big deal about a two-story house?'

The man answers, 'Well Judge, one story is 'I have a headache' and the other story is 'It's that time of the month.''
#joke
Joke | Source: Jokes of the day - Used to be Joke rating machine, but this site is dead

How many members of your sign does it take to change a light bulb?

ARIES:
Just one. You want to make something of it?

TAURUS:
One, but just try to convince them that the burned-out bulb is useless and should be thrown away.

GEMINI:
Two, but the job never gets done-they just keep discussing who is supposed to do it and how it's supposed to be done!

CANCER:
Just one. But it takes a therapist three years to help them through the grieving process.

LEO:
Leos don't change light bulbs, although sometimes their agent will get a Virgo in to do the job for them while they're out.

LIBRA:
ER, two. Or maybe one. No, on second thought, make that two. Is that OK with you?

SCORPIO:
That information is strictly secret and shared only with the Enlightened Ones in the Star Chamber of the Ancient Hierarchical Order.

SAGITTARIUS:
The sun is shining, the day is young, we've got our whole lives ahead of us, and you're inside worrying about a stupid burned- out light bulb?

CAPRICORN:
I don't waste my time with these childish jokes.

AQUARIUS:
Well, you have to remember that everything is energy, so....

The train was very crowd...

The train was very crowded, so the soldier walked the length of the train, looking for an empty seat. The only unoccupied seat was directly adjacent to a well dressed middle aged lady and was being used by her little dog.

The war weary soldier asked, "Please, ma'am, may I sit in that seat?"

The French woman looked down her nose at the soldier, sniffed and said, "You Americans. You are such a rude class of people. Can't you see my Little Fifi is using that seat?"

The soldier walked away, determined to find a place to rest, but after another trip down to the end of the train, found himself again facing the woman with the dog.

Again he asked, "Please, lady. May I sit there? I'm very tired."

The French woman wrinkled her nose and snorted, "You Americans! Not only are you rude, you are also arrogant. Imagine!"

The soldier didn't say anything else; he leaned over, picked up the little dog, tossed it out the window of the train and sat down in the empty seat.

The woman shrieked and railed, and demanded that someone defend her and chastise the soldier.

An English gentleman sitting across the aisle spoke up, "You know, sir, you Americans do seem to have a penchant for doing the wrong thing. You eat holding the fork in the wrong hand. You drive your autos on the wrong side of the road. And now, sir, you've thrown the wrong bitch out the window."

Teacher: What are the three mo...


A tourist is traveling with a guide through one of the thickest jungles in South America, when he comes across an ancient Mayan temple. The tourist is entranced by the temple, and asks the guide for details. To this, the guide states that archaeologists are carrying out excavations, and still finding great treasures. The tourist then queries how old the temple is.

Impressed at this accurate dating, he inquires as to how he gave this precise figure.

"Easy", replies the guide, "the archaeologists said the temple was 1500 years old, and that was three years ago"

with a 6 shooter jumped out from behind a cactus.

"Take my money, my car but don't kill me", said the tourist.

"I no kill you if you do what I say," said the Mexican.

Although shocked, the tourist did what he was told. "Right, now

do it again" said the Mexican.

The Yank protested but with the gun against his nose, he managed

"And yet again, Gringo, or I shoot you dead."

With sweat running down his brow, the yank managed a final effort

"Good" said the Mexican, "now you give my sister a ride to the 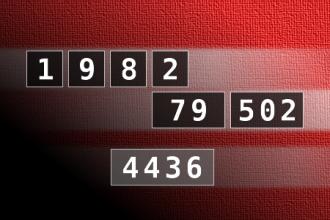 Three young boys were fighting over whose dad was the best.

"My dad is so good he can shoot an arrow, run after it, get in front of it, and catch it in his bare hands."

"My dad is so good that he can shoot a gun, run after the bullet, get in front of it and catch it in his bare hands."