How to get noticed at your new work place:

Ask people what sex they are when you meet them for the first time.

Every time someone asks you to do something, ask if they want fries with that.

Put your waste bin on your desk and label it "IN".

Email the rest of the company with hourly updates. eg. "I'll be in the toilet for 5 minutes."

Spend lunch in the car park pointing a hair dryer at passing cars.


A minister has just died and is standing in line waiting to be judged and admitted to Heaven. While waiting he asks the man in front of him about himself. The man says, "I am a taxi driver from New York City."

The angel standing at the gate calls out next, and the taxi driver steps up. The angel hands him a golden staff and a cornucopia of fruits, cheeses, and wine and lets him pass. The taxi driver is quite pleased, and proceeds through the gates.

Next, the minister steps up to the angel who hands him a wooden staff and some bread and water.

The minister is very concerned and asks the angel, "That guy is a taxi driver and gets a golden staff and a cornucopia! I spend my entire life as a minister and get nothing! How can that be?"

The angel replies, "Up here we judge on resultsâ€”all of your people sleep through your sermonsâ€”in his taxi, they pray."

These are real notes written f...

These are real notes written from parents in a Mississippi school district. (Spellings have been left intact.)

My son is under a doctor's care and should not take P.E. today. Please execute him.

Please excuse Lisa for being absent. She was sick and I had her shot.

Please excuse Gloria from Jim today. She is administrating

Please excuse Roland from P.E. for a few days. Yesterday he fell out of a tree and misplaced his hip.

John has been absent because he had two teeth taken out of his face.

Carlos was absent yesterday because he was playing football. He was hurt in the growing part.

Megan could not come to school today because she has been bothered by very close veins.

Please excuse Tommy for being absent yesterday. He had diarrhea and his boots leak.

Please excuse Jimmy for being. It was his father's fault.

I kept Billie home because she had to go Christmas shopping because I don't know what size she wear.

Please excuse Jennifer for missing school yesterday. We forgot to get the Sunday paper off the porch, and when we found it Monday, we thought it was Sunday.

Sally won't be in school a week from Friday. We have to attend her funeral.

Please excuse Jason for being absent yesterday. He had a cold and could not breed well.

Please excuse Mary for being absent yesterday. She was in bed with gramps.
#joke #doctor #christmas #friday #monday

What do you call a donkey with...

What do you call a donkey with three legs?
A wonkey!

Tony White, Loanhead
If you have a joke you would like to share with us e-mail: letters_en@edinburgh news.com 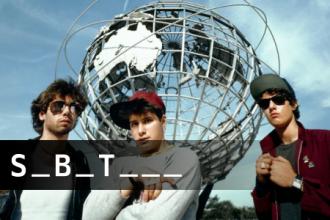 Two good friends, a white guy and a black American were in a bar arguing over which of them could have sex the most number or times in one night. Both guys thinking of themselves as ultimate sex machines decided to settle the issue by going to a brothel for the evening to find out who could do it the most.

Now in the brothel, both guys choose their lady of preference and proceed to their respective rooms to begin their conquest.

The next morning, the black guy barges into the white guy's room to see how his friend did. The black guy takes one look at the wall and surprisingly says, Â“Shiiiiiit, you da man. Eleven times? You beat me by three!"

A drunk man boards a bus. A Bible preacher sees him and says, "You're going straight to hell!" The drunk exclaims, "My gosh, I'm on the wrong bus!"
#joke #short
Joke | Source: Click The City - Philippine's Leading Lifestyle and Entertainment Guide.


(Sound of scrap metal falling down a staircase continues through message.) Hello, we are having some technical problems right now, so we can't take your call. Please leave us a message.

women, you're in good shape as long as you can still touch your toes.

Deadbeat in a Bar

A man walked into a bar on a slow night and sat down. After a few minutes, the bartender asked him if he wanted a drink.

So the bartender said, "Well, would you like a cigarette?"

The bartender asked him if he'd like to play a game of pool, and again the man said, "No thanks. I don't like pool. I tried it once, but I didn't like it. As a matter of fact, I wouldn't be here at all, but I'm waiting for my son."

The bartender said, "Your only son, I'm guessing."