"Never drive faster than your angels can fly."

Twenty-one reasons why English is hard to learn.
#joke
Joke | Source: Dos santos online - Not joke related site, but with joke of the day

During our weekly Lamaze class...

During our weekly Lamaze class, the instructor emphasized the importance of exercise, hinting strongly that husbands need to get out and start walking with their wives.

From the back of the room one expectant father inquired, "Would it be okay if she carries a bag of golf clubs while she walks?"
#joke

Rick, fresh out of accounting school, went to a interview for a good paying job. The company boss asked various questions about him and his education, but then asked him,

"What is three times seven?"

After he left, he double-checked it on his calculator (he *knew* he should have taken it to the interview!) and realized he wouldn't get the job.

About two weeks later, he got a letter that said he was hired for the job! He was not one to look a gift horse in the mouth, but was still very curious. The next day, he went in and asked why he got the job, even though he got such a simple question wrong. The boss shrugged and said, "Well, you were the closest."

On the first day of coll...

He continued, "Anyone caught breaking this rule a second time will be fined $150. Being caught a third time will incur a hefty fine of $400. Are there any questions?"

At this point, a male student in the crowd inquired, "How much for a season pass?" 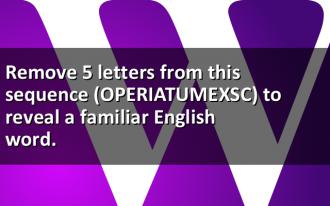 Husband: This cooking isn't fit for a pig! Wife: No problem, I'll feed you some that is.
#joke #short
Joke | Source: Click The City - Philippine's Leading Lifestyle and Entertainment Guide.


I don't want to bore you with metaphysics, but how do you know this is an answering machine? Maybe it's a dream, or maybe it's an illusion, or maybe YOU don't really exist. One way to find out is to leave a message, and if it's reality, I will call you back.

A client who felt his legal bill was too high asked his lawyer to itemize costs. The statement included this item:

"Was walking down the street and saw you on the other side. Walked to the corner to cross at the light, crossed the street and walked quickly to catch up with you. Got close and saw it wasn't you. -$50.00."