A man in Topeka, Kansas decided to write a book about churches around the country. He started by flying to San Francisco and worked east from there. Going to a very large church, he began taking photographs and notes. He spotted a golden telephone on the vestibule wall and was intrigued by a sign which read: "$10,000 a minute." Seeking out the Pastor he asked about the phone and the sign. The Pastor explained that the golden phone was, in fact, a direct line to Heaven and if he paid the price he could talk directly to God. The man thanked the Pastor and continued on his way.As he continued to visit churches in Seattle, San Diego, Chicago, Greensboro, Tampa and all around the United States, he found more phones with the same sign and got the same answer from each Pastor.

Finally, he arrived in Texas. Upon entering a church in Dallas, behold, he saw the usual golden telephone. But THIS time, the sign read: "Calls: 35 cents." Fascinated, he asked to talk to the Pastor.

"Reverend, I have been in cities all across the country and in each church I have found this golden telephone. I have been told it is a direct line to Heaven and that I could talk to God, but, in the other churches the cost was $10,000 a minute. Your sign reads 35 cents. Why?"

The Pastor, smiling benignly, replied, "Son, you're in Texas now... It's a local call."

There is the story of a pastor who got up one Sunday and announced to his congregation: ‘I have good news and bad news. The good news is, we have enough money to pay for our new building program. The bad news is, *it's still out there in your pockets.'

An elderly couple was driving ...

An elderly couple was driving across the country. While the woman was behind the wheel, the couple was pulled over by the highway patrol.

Ma'am, did you know you were speeding? the officer said.

The woman, hard of hearing, turned to her husband and asked, What did he say?

He said you were speeding! the old man yelled.

The patrolman then asked, "May I see your license?"

The woman turned to her husband again, "What did he say?"

The old man yelled back, "He wants to see your license!"

The woman then gave the officer her license.

I see you are from Arkansas, the patrolman said. "I spent some time there once and went on a blind date with the ugliest woman I've ever seen."

The woman turned to her husband again and asked, "What did he say?"

The old man replied, "He said he knows you!"

Walking past the Royal Courts ... 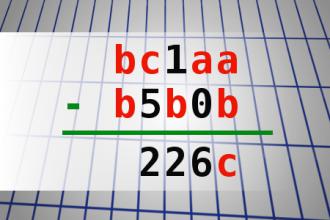 A Czech man goes to the optici...

A Czech man goes to the optician, who shows him a card with the letters "C Z W X N Q S T A C Z".
"Can you read this?" the optician asks.

Our story begins at the Olympics, specifically the wrestling event. It is narrowed down to the Russian or the Australian for the gold medal.

Before the final match, the Australian wrestler's trainer came to him and said, "Now don't forget all the research we've done on this Russian. He's never lost a match because of this "pretzel" hold he has. Whatever you do, don't let him get you in this hold! If he does, you're finished!"

The wrestler nodded in agreement. Now, to the match The American and the Russian circled each other several times looking for an opening. All of a sudden the Russian lunged forward, grabbing the Australian and wrapping him up in the dreaded pretzel hold! A sigh of disappointment went up from the crowd, and the trainer buried his face in his hands for he knew all was lost. He couldn't watch the ending.

Suddenly there was a scream, a cheer from the crowd, and the trainer raised his eye just in time to see the Russian flying up in the air. The Russian's back hit the mat with a thud, and the Australian weakly collapsed on top of him, getting the pin and winning the match.

The trainer was astounded! When he finally got the Australian wrestler alone, he asks, "How did you ever get out of that hold? No one has ever done it before!" The wrestler answered, "Well, I was ready to give up when he got me in that hold, but at the last moment, I opened my eyes and saw this pair of balls right in front of my face.

"I thought I had nothing to lose, so with my last ounce of strength I stretched out my neck and bit those babies just as hard as I could.

"You'd be amazed how strong you get when you bite your own balls!"

Did you hear about the guy who...

Did you hear about the guy who accidentally swallowed a spoon? He found that he couldn't stir.
#joke #short
Joke | Source: Click The City - Philippine's Leading Lifestyle and Entertainment Guide.

A few shrimps short of a barbie.

A few spoons short of a full set.

A few straws shy of a bale.

A few tiles missing from his space shuttle.

A few tiles short of a successful re-entry.

A few too many lights out in his Christmas tree.

A few volts below threshold.

A few yards short of the hole.

A flash of light, a cloud of dust, and... What was the question?

A gross ignoramus -- 144 times worse than an ordinary ignoramus.

A hop, skip, and jump from success, but to get there he'd have to give up chewing gum.

A kangaroo loose in her top paddock.

A lap behind the field.

A little light in his loafers. (Apparently offensive to some? Sorry.)

There were four country churches in a small Texas town: The Presbyterian Church, the Baptist Church, the Methodist Church and the Catholic Church. Each church was overrun with pesky squirrels. One day, the Presbyterian Church called a meeting to decide what to do about the squirrels. After much prayer and consideration they determined that the squirrels were predestined to be there and they shouldn't interfere with God's divine will. In the Baptist Church the squirrels had taken up habitation in the baptistery. The deacons met and decided to put a cover on the baptistery and drown the squirrels in it. The squirrels escaped somehow and there were twice as many there the next week. The Methodist Church got together and decided that they were not in a position to harm any of God's creation. So, they humanely trapped the Squirrels and set them free a few miles outside of town. Three days later, the squirrels were back. But -- The Catholic Church came up with the best and most effective solution. They baptized the squirrels and registered them as members of the church. Now they only see them on Christmas and Easter.
#joke #christmas
Joke | Source: Comedy Central: Jokes - Jokes provided daily from Comedy Central's archive.

A lawyer's dog, running around town unleashed, heads for a butcher shop and steals a roast. The butcher goes to the lawyer's office and asks, "if a dog running unleashed steals a piece of meat from my store, do I have a right to demand payment for the meat from the dog's owner?" The lawyer answers, "Absolutely."

The lawyer, without a word, writes the butcher a check for $8.50. The butcher, having a feeling of satisfaction, leaves.

Three days later, the butcher finds a bill from the lawyer: $100 due for a consultation.