Q: How do babies get their belly buttons?

A guy and his date were parked on a back road some distance from town, making out.

As things really started getting hot, the girl stopped the guy and said, I really should have mentioned this earlier, but I'm actually a hooker and I charge $20 for sex.

The guy reluctantly paid her, and they went on with their business.

After they finished, the guy lit up a cigarette, sat back in the driver's seat and stared out the window.

"Why aren't we going anywhere?" asked the girl.

"Well, I should have mentioned this before, but I'm actually a taxi driver, and the fare back to town is $25."

The other night I was invited ...

The other night I was invited out for a night with "the girls". I told my husband that I would be home by midnight ... "I promise!"

Well, the hours passed and the champagne was going down way too easy.

Around 3 a.m., drunk as a skunk, I headed for home. Just as I got in the door, the cuckoo clock in the hall started up and cuckooed 3 times. Quickly, realizing he'd probably wake up, I cuckooed another 9 times.

I was really proud of myself for coming up with such a quick-witted solution (even when smashed), in order to escape a possible conflict with him.

The next morning my husband asked me what time I got in, and I told him 12 o'clock. He didn't seem disturbed at all. Whew! Got away with that one!

Then he said we need a new cuckoo clock.

When I asked him why, he said, "Well, last night our clock cuckooed three times, then said, "Oh shit!!", cuckooed 4 more times, cleared it's throat, cuckooed another 3 times, giggled, cuckooed twice more, and then farted."
#joke

It was a sunny Saturday morning, and Mike was beginning his pre-shot routine, visualizing his upcoming shot, when a voice came over the clubhouse speaker--

"Would the gentleman on the Ladies Tee please back up to the Men's Tee!"

Mike, still deep in his routine, seemed impervious to the interruption. Again the announcement--

"Would the man on the Ladies Tee kindly back up to the Men's tee, PLEASE!"

Mike had had enough. He turned and shouted, "Would the announcer in the clubhouse kindly shut up and let me play my second shot!"

Just before he died, he said to his wife, "When I die, I want you to take all my money and put it in the casket with me. I want to take my money to the afterlife with me."

And so he got his wife to promise him with all of her heart that when he died, she would put all of the money in the casket with him.

He was stretched out in the casket, his wife was sitting there in black, and her friend was sitting next to her. When they finished the ceremony, just before the undertakers got ready to close the casket, the wife said, "Wait just a minute!"

She had a box with her, she came over with the box and put it in the casket. Then the undertakers locked the casket down, and they rolled it away.

Her friend said, " I know you weren't fool enough to put all that money in there with your husband."

The loyal wife replied "Listen, I'm a Christian, I can't go back on my word. I promised him that I as going to put that money in that casket with him."

"You mean to tell me you put that money in the casket with him!!!!?"

"I sure did" said the wife. "I got it all together, put it into my account and wrote him a cheque. If he can cash it, he can spend it." 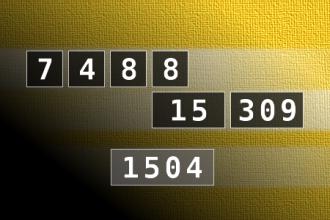 species of gorilla. Within a few weeks, the female gorilla

became very "in the

mood", and difficult to handle.

Upon examination, the park veterinarian determined the

problem. The gorilla was in heat. To make matters worse,

there were no male gorillas of the species available. While

reflecting on their problem, the park administrators noticed

Ed, a part-time redneck intern, responsible for cleaning the

Ed, like most rednecks, had little sense, but possessed

ample ability to satisfy a female of ANY species. So, the

they might have a solution. Ed was approached with a

proposition. Would he be willing to have sex with the

Ed showed some interest, but said he would have to think the

The following day, Ed announced that he would accept their

offer, but only under three conditions. "First," he said, "I

don't want to have to kiss her. Secondly, you must never

tell anyone about this." The park administration quickly

agreed to these conditions, so they asked what was his third

condition. "Well," said Ed, "You gotta give me another week

A soldier at the Pentagon got out of the shower, and realized that his clothes were missing. While searching around for them, he accidentally locked himself out of the locker room, and he found himself completely naked in the halls of the world''s most powerful military organization HQ. But, luckily, no one was around to see him.
So, he ran as fast as he could to the elevator. When it arrived, it was empty. He breathed a sigh of relief and got in. When the doors opened on his floor, there was no one waiting outside. "This must be my lucky day," he said to himself. He was now only a few yards from his office.
Suddenly, he heard footsteps coming from around the corner. He heard the General''s voice. There was no way he'd make it to his door in time, so he ducked into the closest office available, and found himself in the laboratory for Research & Development. The Head Scientist looked up from one of her experiments with puzzled interest.
The soldier thought quickly, stood up straight and saluted.
"I am here to report the partial success of the Personal Invisibility Device," he said.
"I see," the Head Scientist said. "But the Shrink Ray seems to be working perfectly."
#joke
Joke | Source: Comedy Central: Jokes - Jokes provided daily from Comedy Central's archive.

Solution To The Y2K Problem


The government's system administration team, working with computer manufacturers and experts in the computer industry, has found a lower cost alternative to address the Y2K (Year 2000) issue: The goal is to remove all computers from the desktop by December 31, 1999. In exchange for taking every computer, an Etch-A-Sketch will be issued to all Americans. There are many reasons for doing this:

2. No technical glitches keeping working from being done.


Q: My Etch-A-Sketch has funny lines all over the screen. What do I do?


Q: What's the shortcut for Undo?


Q: How do I create a new document?


Q: How do I set the background and foreground to the same color?


Q: What is the proper procedure for re-booting my Etch-A-Sketch ?


Q: How do I delete a document on my Etch-A-Sketch ?


Q: How do I save my Etch-A-Sketch Document ?