Joke | Source: Dos santos online - Not joke related site, but with joke of the day

The chief of staff of the US Air Force decided that he would personally intervene in the recruiting crisis affecting all our armed services.

So, he directed that a nearby Air Force base be opened and that all eligible young men and women be invited.

As he and his staff were standing near a brand new F-15 Fighter, a pair of twin brothers who looked like they had just stepped off a Marine Corps recruiting poster, walked up to them.

The chief of staff stuck out his hand and introduced himself. He looked at the first young man and asked, "Son, what skills can you bring to the Air Force?"

The aide hustles the young man off. The general looks at the second young man and asked, "What skills do you bring to the Air Force?"

"Son," the general replies, "we don't need wood choppers in the Air Force. What do you know how to do?"

"Young man," huffs the general, "you are not listening to me. We don't need wood choppers, this is the 21st century!"

The young man rolls his eyes and says, "Dang it. I have to chop it before he can pile it.
#joke

An older man was married to a younger woman. After several years of a very happy marriage, he had a heart attack. The doctor advised him that in order to prolong his life, they should cut out sex.

He and his wife discussed the matter and decided that he should sleep in the family room downstairs to save them both from temptation.

One night, after several weeks of this, he decided that life without sex wasn't worth living. So he headed upstairs. He met his wife on the staircase and said, "I was coming to die."

She laughed and replied, "I was just coming down to kill you!"

Q: What do Eskimos get from sitting on the ice too long?
A: Polaroids.

Ben bought a brand new Holden Monaro. He took off down the road, pushed it up to 150 kph, and was enjoying the wind blowing through his (thinning) hair.

"This is great," he thought and accelerated to an even higher speed.

Then, he looked in his rear-view mirror, and there was a police car.

Problem - thought Ben, and he floored it some more, and flew down the road at over 210 kph to escape being stopped.

He then thought, "What the hell am I doing? I'm too old for this kind of thing" and pulled over to the side of the road, and waited for the police car to catch up with him. The policeman pulled in behind the Monaro and walked up on the driver's side.

"Sir my shift ends in five minutes and today is Friday the 13th. If you can give me a good reason why you were speeding that I've never heard before, I'll let you go."

The man looked back at the policeman and said, "Last week my wife ran off with a policeman, and I thought you were bringing her back."

The policeman said, "Have a nice day." 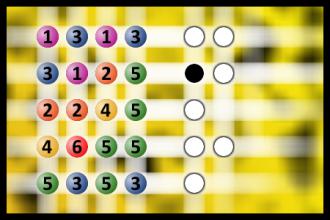 
A serious drunk walked into a bar and, after staring for some time at the only woman seated at the bar, walked over to her and kissed her. She jumped up and slapped him silly. He immediately apologized and explained, "I'm sorry. I thought you were my wife. You look exactly like her."

Two blondes realize that their apartment is on fire and go out onto the balcony.

"Help, help!" yells one of the blondes.

"Maybe it would help if we yelled together," said the first blonde.

"Good idea," said the other.

What's the difference between a catfish and a lawyer?
One's a slimy scum-sucking bottom-dwelling scavenger, the other is just a fish.
#joke #short #lawyer
Joke | Source: Comedy Central: Jokes - Jokes provided daily from Comedy Central's archive.

If you see a lawyer riding a bicycle on the road, why don't you hit him with your car? It might be your bicycle.
#joke #short #lawyer
Joke | Source: Click The City - Philippine's Leading Lifestyle and Entertainment Guide.