Ever wonder WHY Ã‚Â…

Joke | Source: Dos santos online - Not joke related site, but with joke of the day

A man comes home from an exhau...

A man comes home from an exhausting day at work, plops down on the couch in front of the television, and tells his wife, "Get me a beer before it starts." The wife sighs and gets him a beer.

Fifteen minutes later, the man says, "Get me another beer before it starts."

She looks cross, but fetches another beer and slams it down next to him.

He finishes that beer and a few minutes later says, "Quick, get me another beer, it's going to start any minute."

The wife is furious. She yells at him, "Is that all you're going to do tonight? Drink beer and sit in front of that TV? YouÂ’re nothing but a lazy, drunken, fat slob, and furthermore..."

Beyond the Call of Duty

"Give me a sentence about a public servant," said the teacher.

The small boy wrote: "The fireman came down the ladder pregnant."

The teacher took the lad aside to correct him. "Don't you know what pregnant means?" she asked.

"Sure," said the young boy, confidently. "Means carrying a child."

Take away their chairs

A number of Primary Schools were doing a project on "The Sea". Children were asked to draw pictures, or write about their experiences. Teachers got together to compare the results, and put together some of the comments that were funny, and some that were sad.

The children were all aged between 5 and 8 years.

Here are some of them.

This is a picture of an octopus. It has eight testicles. (Kelly age 6)

If you are surrounded by sea you are an Island. If you don't have sea all round you, you are in continent. (Wayne age 7)

I think sharks are ugly and mean, and have big teeth, just like Emily Richardson. She's not my friend no more. (Kylie age 6)

A dolphin breaths through an arsehole on the top of it's head. (Billy age 8)

My uncle goes out in his boat with pots, and comes back with crabs. (Millie age 6)

When ships had sails, they used to use the trade winds to cross the ocean. Sometimes, when the wind didn't blow, the sailors would whistle to make the wind come. My brother said they would be better off eating beans. (William age 7)

I like mermaids. They are beautiful, and I like their shiny tails. How do mermaids get pregnant? (Helen age 6)

Some fish are dangerous. Jelly fish can sting. Electric eels can give you a shock. They have to live in caves under the sea where I think they have to plug themselves into chargers. (Christopher age 7)

My mum has fish nets, but doesn't catch any fish. (Laura age 5)

When you go swimming in the sea, it is very cold, and it makes my willy small. (Kevin age 6)

When me and Sarah went to the sea side in the summer holidays, we hid in the sand dunes and watched my big sister doing it with her boyfriend. It was fun. (Lauren age 7)

A submarine goes under the water like a fish, but it has lots of seamen inside. (Emma age 5)

When I grow up, I want to be captain of a big ship, and have lots of sailors (Valerie age 6)

Divers have to be safe when they go under the water. Two divers can't go down alone, so they have to go down on each other. (Becky age 8)

On holiday my Mum went water ski-ing. She fell off when she was going very fast. She says she won't do it again because water shot up her fanny. (Julie age 7) 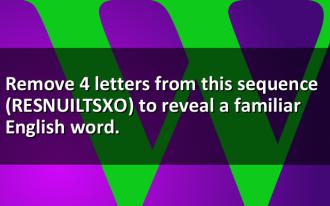 How can you tell when a politi...

How can you tell when a politician is lying to you? His lips move.
#joke #short
Joke | Source: Click The City - Philippine's Leading Lifestyle and Entertainment Guide.

Time For The Wedding


A police officer stopped a motorist who was speeding down Main Street.

"Just be quiet," snapped the officer. "I'm going to let you cool your heels in jail until the chief gets back."

"But, officer, I just wanted to say," "And I said to keep quiet! You're going to jail!"

A few hours later the officer looked in on his prisoner and said, "Lucky for you that the chief's at his daughter's wedding... He'll be in a good mood when he gets back."

"Don't count on it," answered the fellow in the cell. "I'm the groom."

Two tigers are walking along a jungle trail in

The rearmost tiger wanders off the trail for

A few moments later, the front tiger feels what

seems to be the other tiger's tongue, applied

just below his tail. The tiger disapproves of

this action, but doesn't want to start anything

by bringing it up. Then, the tiger again feels

the tongue, again in the same place.

He decides to confront the after tiger, and

asks him, "Did you just lick me twice in the

The other tiger replied, "Yeah, sorry about

that. I just ate a lawyer and I was trying to

get the taste out of my mouth."

Two men are approaching each other on a sidewalk. Both are dragging their right foot as they walk.

As they meet, one man looks at the other knowingly, points to his foot and says, Vietnam, 1969."

The other points his thumb behind him and says, "Dog crap, 20 feet back."