An elderly pastor was searching his closet for his collar before church one Sunday morning. In the back of the closet, he found a small box containing three eggs and 100 $1 bills.

He called his wife into the closet to ask her about the box and its contents. Embarrassed, she admitted having hidden the box there for their entire 30 years of marriage. Disappointed and hurt, the pastor asked her, "Why?"The wife replied that she hadn't wanted to hurt his feelings. He asked her how the box could have hurt his feelings. She said that every time during their marriage that he had delivered a poor sermon, she had placed an egg in the box.

The pastor felt that three poor sermons in 30 years was certainly nothing to feel bad about, so he asked her what the $100 was for.

She replied, "Each time I got a dozen eggs, I sold them to the neighbors for $1."

One day a camel and an elephan...

One day a camel and an elephant met.

The elephant asked the camel "Why do you have your breasts on your back?"

Dad, will you help me with my homework?"

The youngest pope was 11 years old.

I am; is the shortest complete sentence in the English language.

Q. What occurs more often in December than any other month? A. Conception.

Q. If you were to spell out numbers, how far would you have to go until you could find the letter A? A. One thousand.

Q. What do bullet-proof vests, fire escapes, windshield wipers and laser printers all have in common? A. All invented by women.

Q. What is the only food that doesn't spoil? A. Honey

In Shakespeare's time, mattresses were secured on bed frames by ropes. When you pulled on the ropes the mattress tightened, making the bed firmer to sleep on. Hence the phrase "goodnight, sleep tight"?

It was the accepted practice in Babylon 4,000 years ago that for a month after the wedding, the bride's father would supply his son-in-law with all the mead he could drink. Mead is a honey beer and because their calendar was lunar based, this period was called the honey month or what we know today as the honeymoon.

In ancient England a person could not have sex unless you had consent of the King (unless you were in the Royal Family). When anyone wanted to have a baby, they got consent of the King, the King gave them a placard that they hung on their door while they were having sex. The placard had F.*.* K. (Fornication Under Consent of the King) on it. Now you know where that word came from.

In Scotland, a new game was invented. It was entitled Gentlemen Only, Ladies Forbidden...and thus the word GOLF entered into the English language.


The Doctor was puzzled "I'm very sorry but I can't diagnose your trouble, Mahoney. I think it must be drink. "

"Don't worry about it Dr. Kelley, I'll come back when you're sober."

His wife had been killed in an accident and the police were questioning Finnegan.

"Did she say anything before she died?" asked the sergeant.

"She spoke without interruption for about forty years," said the Irishman. 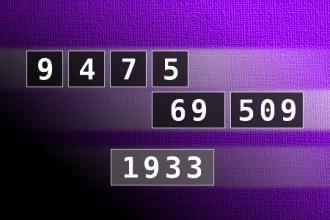 On July 8, 1947, witnesses claim a spaceship with five

aliens aboard crashed on a sheep-and-cattle ranch outside

Roswell, an incident they say has been covered up by the

Did you hear about the shoe factory that burnt down?

Take away their chairs

Sitting round a small coffee table in a room of an international insurance company, a group of 4 people waited for a job interview. There was an Englishman, a Frenchman, a spectacular looking blonde and an awful looking fat lady.

After 15 minutes in complete silence, and avoiding each other's eye contact, there was a power cut. The unmistakable sound of a slap was heard. Two minutes later the power came on again and the Frenchman had a big red slap mark on his cheek.

The fat lady thought - "This dirty old Frenchman laid his hands on the blonde and she smacked him".

The Frenchman thought - "That damned Englishman put his hand on that blonde and by mistake she slapped me".

The Englishman thought - "I hope there's another power cut soon so I can smack that French twat again".

John's on a business trip with...

John's on a business trip with Bill, a co-worker that never shuts up. John keeps trying to catch a few winks on the plane but Bill keeps asking him to play a "game" with him. John finally realizes he's not gonna get Bill to shut up until he plays so he says, "Okay, what's the game?."

John says no and turns back over to get some sleep. Bill says he'll make it more interesting and up John's payback to 50 bucks in the event Bill doesn't know the answer. John agrees. Bill asks, "How far is the moon from the sun?." John just pulls out his wallet and hands Bill 5 bucks.

Bill says, "Okay, now it's your turn!." John thinks for a second and asks, "What has 3 legs going up one side of a hill and 4 legs coming down the other?." Bill is stumped. He checks his laptop computer, makes a few calls on the Air-Telephone then returns and hands John 50 bucks. John then rolls over to go back to sleep. Bill finally says, "I give up! What's the answer?." John just reaches into his wallet and hands Bill another five bucks.