Two aliens landed in the New Mexico desert near a gas station that had been closed for the night. They approached one of the gas pumps and the younger of the two aliens addressed it.

"Greetings, Earthling. We come in peace. Take us to your leader."

The younger alien started to get mad at the lack of response and the older one said, "I wouldn't do that if I were you."

The younger alien ignored the warning and repeated the greeting. Again, there was no response.

Annoyed by what he perceived to be the pump's haughty attitude, he drew his ray gun and said impatiently, "Greetings, Earthling. We come in peace. Do not ignore us in this way! Take us to your leader, or I will fire."

He aimed his weapon at the pump and fired. There was a huge explosion. A massive fireball roared outwards and towards them and blew the younger alien off his feet and deposited him in a burnt and crumpled mess 200 yards away in a cactus patch.

Thirty-five Earth minutes later, when he finally regained consciousness, refocused his three eyes and straightened his bent antenna, he looked dazedly up at the wiser one, who was standing over him, slowly shaking his big green head.

"What a ferocious creature," said the young fried one. "It damn near killed us! How did you know it was so dangerous?"

The older alien leaned over, placed a friendly feeler onto the crispy, peeling flesh and shared some knowledge.

"If there's one thing I've learned during my travels through the galaxy," said the wise old alien. "When a guy has a penis he can wrap around himself twice and then stick it in his ear, you don't mess with him."
#joke
Joke

Three guys are trying to sneak into the Olympic Village in Atlanta to scoop souvenirs and autographs. The first says, "Let's watch the registration table to see if there's a crack in the security system that we can utilize to scam our way in."

Immediately, a burly athlete walks up to the table and states, "Angus MacPherson. Scotland. Shotput." He opens his gym bag to display a shotput to the registration attendant.

The attendant says, "Very good, Mr. MacPherson. Here is you packet of registration materials, complete with hotel keys, passes to all Olympic events, meal tickets, and other information."

The attendant says, "Terrific, Mr. Rhodes. Here is you packet of registration materials, hotel keys, a full set of passes, and meal tickets. Enjoy yourself."

They scamper in, but suddenly realize the third guy is missing. They groan - OH NO. He is not to bright. They forgot to make sure he doesn't do something stupid and blow their cover stories.

They spot him walking with a roll of barbed wire under his arm. He walks up the registration table and states: "Foster Bean. USA. Fencing."

Norman and his wife live at Mt Buller. One winter morning while listening to the radio, they hear the announcer say, "We are going to have 8 to 10 centimetres of snow today. You must park your car on the even numbered side of the street, so the snow plough can get through."

The next week they are having breakfast again, when the radio announcer says, "We are expecting 12 to 14 centimetres of snow today. You must park..........." then the electric power goes out.

Norman's wife is very upset, and with a worried look on her face she says, "Honey, I don't know what to do. Which side of the street do I need to park on so the plough can get through?"

With the love and understanding in his voice like all men who have partners, Norman says, "Why don't you just leave it in the garage this time sweety?"

Two cannibals are having dinne...

Two cannibals are having dinner. One says to the other "I don't like your friend." The other replies, "Well, set him aside and just eat the vegetables."
#joke #short
Joke | Source: Click The City - Philippine's Leading Lifestyle and Entertainment Guide.

You think the ATM machine is a giant, public calculator.

The fire department leaves after discovering that the fire that destroyed y.

Your dog's shots are up to date but your children's aren't.

You use the water in your toilet to bob for apples.

Your whole family sleeps in the same bed.

You consider your annual bath one too many.

You wore a baseball cap to the opera.

If you are 20 and you can still go in McDonald's playhouse.

If you think Purina is some kind of Ex-Lax.

A man exploring the ancient Pyramids of Egypt while on vacation stumbled across a secret room. He sneaked away from the tour group and explored the room. He found a dusty lamp and picked it up. While he wiped the dust off the lamp a genie appeared in a puff of smoke.

"For freeing me from my prison, I will grant you a wish, what will it be sire?"

The man thought for a moment, then said, "I want a spectacular job, a job that no man has ever succeeded at or has ever attempted to do." 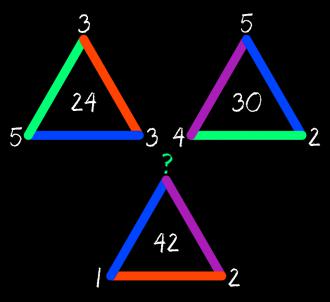 A devoted wife had spent her lifetime taking care of her husband. Now he had been slipping in and out of a coma for several months, yet she stayed by his bedside every single day. When he came to his senses, he motioned for her to come near him.

"What, my dear?" she asked gently.

"You're a goddamn jinx!"

Signs Your Company is Going to Downsize

10.Â  Company Softball Team is converted to a Chess Club.
9.Â  Dr. Kevorkian is hired as an “Outplacement Coordinator”.
8.Â  Your best looking women in Marketing are suddenly very
friendly with the dorky Personnel Manager.
7.Â  The beer supplied by the Company at picnics is Schlitz.
6.Â  Weekly yard/bake sale at Corporate Headquarters.
5.Â  Company President now driving a Ford Escort.
4.Â  Annual Company Holiday Bash moved from the Sheraton to the
local Taco Bell.
3.Â  Employee discount days at the local “Army & Navy Surplus
Store” are discontinued.
2.Â  Dental plan now consists of a Company supplied kit (String,
pliers and 2 aspirin).
1.Â  Your CEO has installed a dart board in his office marked
with all existing departments in the Company.

Doctor, doctor, I keep thinking I'm a snail.
Don't worry, we'll soon have you out of your shell.

Next time someone asks you if ...

Next time someone asks you if they can "sneak by you," ask them how the hell they plan to do that when you know they are going by.

Tell them that next time they should not warn you, and maybe, just maybe, they could sneak by.