"Dick Cheney is capitalizing on this for Valentine's Day. It's the new Dick Cheney cologne. It's called Duck!" -- Jay Leno

#joke #short
Joke | Source: Jokes of the day - Used to be Joke rating machine, but this site is dead

Mrs. Hunter was called to serve for jury duty, but asked to be excused because she didn't believe in capital punishment and didn't want her personal thoughts to prevent the trial from running its proper course.

But the public defender liked her thoughtfulness and quiet calm, and tried to convince her that she was appropriate to serve on the jury.

"Madam," he explained, "this is not a murder trial! It's a simple civil lawsuit. A wife is bringing this case against her husband because he gambled away the $12,000 he had promised to use to remodel the kitchen for her birthday."

"Well, okay," agreed Mrs. Hunter, "I'll serve. I guess I could be wrong about capital punishment after all."

The scene is the darkest jungle in India.

Two tigers are stalking through the jungle when the one in the rear suddenly reaches out with his tongue and licks the butt of the one in front. The lead tiger turns and says, "Hey, cut it out, alright." The other tiger says sorry and they continue on their way.

After about five minutes the rear tiger suddenly repeats his action. The front tiger turns angrily and says," I said don't do that again!" The rear tiger says "sorry" again and they continue.

After about another five minutes, the rear tiger repeats his action. The front tiger turns and says, "What is it with you, anyway? I said to stop." The rear tiger says, "I really am sorry but I just ate a lawyer and I'm just trying to get the taste out of my mouth."

Did you hear about the two tru...

You've ever been involved in a custody fight over a huntin' dog.

You're an expert on worm beds.

The dog catcher calls for a backup unit when he visits your house.

Your wife has ever said, "Come move this transmission so I can take a bath!"

Your family tree does not fork.

The flood history of the area can be seen on your living room walls.

You haul more than U-Haul.

Your momma has ever stomped into the house and announced, "The feud is back on!"

There is a gun rack on your bicycle.

Your wedding was held in the delivery room.

A woman who is tired of having a guy hit on her says, "Look ... I'm sorry, but I'm just not your type. I'm not inflatable"
#joke #short
Joke | Source: Jokes of the day - Taken from Bartender's guide to Jokes, Drinks, and Poker - once good site, no longer active. 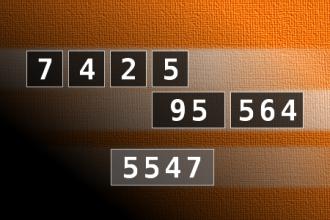 One day a lawyer was riding in his limousine when he saw a guy eating grass He told the driver to stop. He got out and asked him, "Why are you eating grass".

So the layer said, "Poor guy, come back to my house."

The guys then said, "But I have a wife and three kids." The lawyer told him to bring them along.

When they were all in the car, the poor man said, "Thanks for taking us back to your house, it is so kind of you."

The layer said, "You''re going to love it there, the grass is a foot tall."

Two men were playing the final...

Two men were playing the final round of their club's golf championship.
They had reached the last hole, and one of them needed a 6ft putt to win.

The hole was close to a road, and just as he was lining up his shot, a hearse drove by on the road.

He came off his shot, took his cap off and waited until the hearse wen
ADVERTISEMENT
t by before making his putt.

His opponent said: "That was a very humane thing you did just then."

The winner replied: "It was the least I could do, I was married to her for 37 years."