Two women were sitting in the ...

Two women were sitting in the doctor's waiting room comparing notes on their various disorders.

"I want a baby more than anything in the world," said the first, "But I guess it is impossible."

"I used to feel just the same way," said the second. "But then everything changed. That's why I'm here. I'm going to have a baby in three months."

"You must tell me what you did."

"I went to a faith healer."

"But I've tried that. My husband and I went to one for nearly a year and it didn't help a bit."

The other woman smiled and whispered, "Try going alone, next time, dearie."
#joke #doctor
Joke | Source: Jokes of the day - Used to be Joke rating machine, but this site is dead

The summer band class was just getting under way when a large insect flew into the room. The Sixth Graders, eager to play their shiny new instruments, tried to ignore the buzzing intruder, but eventually one student, Tommy, could stand it no longer. He rolled up his music book and swatted the insect, then he stomped on it to ensure its demise.

"Is it a bee?" another student asked.

A couple of women moved in across the hall from me. One is a middle-aged gym teacher and the other is a social worker in her mid-twenties. These two women go everywhere together and I've never seen a man go into their apartment or come out. Do you think they could be Lebanese?

What can I do about all the sex, nudity, language and violence on my VCR?

I have a man I could never trust. He cheats so much I'm not even sure this baby I'm carrying is his.

I am a twenty-three-year-old liberated woman who has been on the pill for two years. It's getting expensive and I think my boyfriend should share half the cost, but I don't know him well enough to discuss money with him.

I suspected that my husband had been fooling around, and when I confronted him with the evidence he denied everything and said it would never happen again.

Our son writes that he is taking Judo. Why would a boy who is raised in a good Christian home turn against his own?

I joined the Navy to see the world. I've seen it. Now, how do I get out?

My forty-year-old son has been paying a pyschiatrist $50 an hour every week for two-and-a-half years. He must be crazy.

I was married to Bill for some three months and I didnt know he drank until one night he came home sober.

My mother is mean and short-tempered. I think she is going through her mental pause.

Husband confesses: Our last fight was all my fault. My wife asked me, "What's on the TV?" I said, "Dust!"
#joke #short
Joke | Source: Click The City - Philippine's Leading Lifestyle and Entertainment Guide.


The cowboy was trying to buy a health insurance policy. The insurance agent was going down the list of standard questions.

"Ever have an accident?"

"None? You've never had any accidents."

"Well, you said on this form you were bit by a snake once. Wouldn't you consider that an accident?"

"Heck, no. That dang varmint bit me on purpose."

The chief of staff of the US Air Force decided that he would personally intervene in the recruiting crisis affecting all of our armed services.

He directed that a Air Force base nearby to a Redneck town be opened and that all eligible young men and women be invited to come and see it.

As he and his staff were standing near a brand new F-15 Fighter, a pair of twin brothers who looked like they had just stepped off a Marine Corps recruiting poster walked up to them.

The chief of staff walked up to them, stuck out his hand and introduced himself.

He looked at the first young man and asked, "Son, what skills can you bring to the Air Force?"

The aide hustles the young man off. The general looks at the second young man and asked, "What skills to you bring to the Air Force?"

"Son," the general replies, "we don't need wood choppers in the Air Force, what do you know how to do?"

"Young man," huffs the general, "you are not listening to me, we don't need wood choppers, this is the 20th century!"

The young man rolls his eyes and says, "Dang it, I have to chop it before he can pile it!" 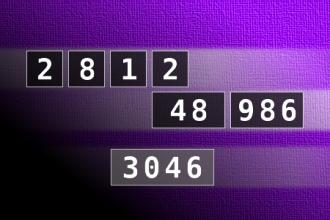 "What time does the library op...

"What time does the library open?" the man on the phone asked.
"9am," came the reply. "And what's the idea of calling me at home in the middle of the night to ask a question like that?"

"Not until 9am?" the man asked in a disappointed voice.

"And your cry-baby whiny-assed opinion would be...?"

"I'm really easy to get along with once people learn to worship me."

"Thank you. We're all refreshed and challenged by your unique point of view."

"It sounds like English, but I can't understand a word you're saying."

"The fact that no one understands you doesn't mean you're an artist."

"I'm not being rude. You're just insignificant."

"How many times do I have to flush before you go away?"

"When I want your opinion, I'll give it to you."