If they failed, they would be on academic probation and not allowed to play in the Sugar Bowl the following week.

The exam was fill-in-the-blank.

Bubba was stumped. He had no idea of the answer. He knew he needed to get this one right to be sure he passed.

Making sure the professor wasn't watching, he tapped Tiny on the shoulder.

"Pssst. Tiny. What's the answer to the last question?"

Tiny laughed. He looked around to make sure the professor hadn't noticed then he turned to Bubba.

"Bubba, you're so stupid. Everyone knows Old MacDonald had a farm."

He picked up his No. 2 pencil and started to write the answer in the blank.

He stopped. Reaching to tap Tiny's shoulder again, he whispered, "Tiny, how do you spell farm?"

Window's vs. The Titanic...

When Bill Gates died, he went up to Heaven, where Saint Peter showed him to his house; a beautiful 20 room house, with grounds and a tennis court. Bill Gates was pleased, and spent many months enjoying the amenities of Heaven.

One day, he was enjoying one of Heaven's many fine parks, when he ran into a man dressed in a fine tailored suit.

"Actually," the man replied, "I was given a hundred of these when I got here. I've been treated really well. I got a mansion on a hill overlooking a beautiful hill, with a huge five-hundred acre estate, a golf course, and three Rolls Royces."

"Were you a Pope, or a doctor healing the sick?" asked Gates.

"No," said his new friend, "Actually, I was the captain of the Titanic."

Hearing this made Gates so angry that he immediately stalked off to find St. Peter.

Cornering Peter, he told him about the man he had just met, saying, "How could you give me a paltry new house, while you're showering new cars, a mansion, and fine suits on the Captain of the Titanic? I invented the Windows operating system! Why does he deserve better??!!!!"

"Yes, but we use Windows," replied Peter, "and the Titanic only crashed once."

Why are some fish at the bottom of the ocean? Because they dropped out of school!

A nun teaching Sunday school was speaking to her class one morning and she asked the question, "When you die and go to Heaven, which part of your body goes first?"

Suzy raised her hand and said, "I think it's your hands."

"Why do you think it's your hands, Suzy?"

Suzy replied, "Because when you pray, you hold your hands together in front of you and God just takes your hands first."

"What a wonderful answer!" the nun said.

Little Johnny raised his hand and said, "Sister, I think it's your legs."

She looked at him with confusion. "Now, Little Johnny, why do you think it would be your legs?"

"Well, I walked into Mommy and Daddy's bedroom the other night. Mommy had her legs straight up in the air and she was saying, 'Oh God, I'm coming!' If Dad hadn't pinned her down, we'd have lost her."


Q: What is a ghost's favourite day of the week?


Q: Where do Chinese vampires come from?


Q: Why did the skeleton pupil stay late at school?

A: He was boning up for his exams!


Q: How do you join the Dracula fan club?

A: Send your name, address and blood group!


Q: What do you call a stupid skeleton?


Q: What does the postman deliver to vampires?


Q: What happened to the skeleton who stayed by the fire too long?

A: He became bone dry! 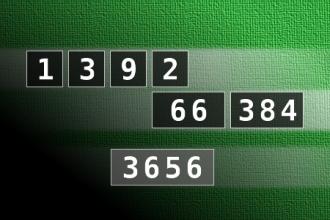 For decades, two heroic statues, one male and one female, faced each other in a city park, until one day an angel came down from heaven.

You've been such exemplary statues, he announced to them, "That I'm going to give you a special gift. I'm going to bring you both to life for thirty minutes, in which you can do anything you want." And with a clap of his hands, the angel brought the statues to life.

The two approached each other a bit shyly, but soon dashed for the bushes, from which shortly emerged a good deal of giggling, laughter, and shaking of branches. Fifteen minutes later, the two statues emerged from the bushes, wide grins on their faces.

You still have fifteen more minutes, said the angel, winking at them.

Grinning even more widely the female statue turned to the male statue and said, "Great! Only this time you hold the pigeon down and I'll crap on it's head."