"This morning I felt that...

"This morning I felt that today was going to be my lucky day. I got up at seven, had seven dollars in my pocket, there were seven of us at lunch and there were seven horses in the seven o'clock race - so I backed the seventh."

"No, he came in seventh."
#joke
Joke | Source: Jokes of the day - Used to be Joke rating machine, but this site is dead

Frank and Jim, are walking down the street when Jim turns to Frank and says, "Frank, if you had two of those top-of-the-line Mercedes Benz cars, with all the gear, electric windows, CD player and all of that, exactly the same, would you give me one?"

Frank says, "Jim, how long do we go back? Thirty years? We've been best friends since school, and if I had two of those Mercedes, top-of-the-line cars with all the trimmings, exactly the same, yeah, I would give the other one to you."

So, they keep walking. After a couple of minutes, Frank turns to Jim and says, "Jim, if you had two of those luxury type yachts, you know, with all the modern conveniences, and they were exactly the same, would you give one of them to me?"

Jim says, "Frank, you and me are like brothers, you were best man at my wedding, you attended my son's wedding, we have gone to the same lodge together for all these years. If I had two of those luxury yachts, exactly the same with all the modern conveniences, then yeah Frank, I really would give the other one to you."

They keep walking. A couple of minutes later, Jim turns to Frank, "Frank, if you had two chickens..."

"Now hold on there! Jim, you KNOW I've got two Chickens!"

What insect is always complain...

The full article contains 34 words and appears in Edinburgh Evening News newspaper.
Page 1 of 2
Next Page »
Joke | Source: http://news.scotsman.com/ - Joke of the day

The FBI had an opening for an assassin. After all the background checks, interviews, and testing were done there were 3 finalists. Two men and a woman.

For the final test, the FBI agents took one of the men to a large metal door and handed him a gun.

"We must know that you will follow your instructions no matter what the circumstances. Inside the room you will find your wife sitting in a chair. Kill Her!

The man said, "You can't be serious, I could never shoot my wife."

The agent said, "Then you're not the right man for this job. Take your wife and go home."

The second man was given the same instructions. He took the gun and went into the room. All was quiet for about 5 minutes. The man came out with tears in his eyes, "I tried, but I can't kill my wife."

The agent said, "You don't have what it takes. Take your wife and go home."

Finally, it was the woman's turn. She was given the same instructions, to kill her husband. She took the gun and went into the room. Shots were heard, one after another. They heard screaming, crashing, banging on the walls.

After a few minutes, all was quiet. The door opened slowly and there stood the woman. She wiped the sweat from her brow. "This gun is loaded with blanks" she said. "So I had to beat him to death with the chair."

MORAL: Women are evil. Don't mess with them

I used to be indecisive, now I'm not so sure.
#joke #short
Joke | Source: Click The City - Philippine's Leading Lifestyle and Entertainment Guide.


All I ask is the chance to prove that money cannot make me happy.

All inanimate objects can move just enough to get in your way.

All our dreams can come true if we have the courage to pursue them. - Walt Disney

All probabilities are really 50%. Either a thing will happen or it won't.

All rights left. All lefts reserved. All reserves removed. All removes right.

All syllogisms have three parts; therefore this is not a syllogism.

All the world is a stage and most of us are desperately unrehearsed.

All things being equal, all things are never equal.

All things being equal, fat people use more soap.

All true wisdom is found on T-shirts. 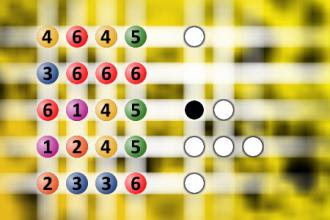 A fellow is looking for something in his wife's jewelry box. He finds an envelope containing 3 kernels of corn and $15. Curious, he calls to his wife, "Honey, what are these kernels of corn doing in this envelope in your jewelry box?." His wife replies, "Well, Dear, I haven't always been faithful to you. To remind me of the commitment I made when we said our marriage vows, I put a kernel of corn in that envelope every time I've been unfaithful." The husband finds his wife's efforts at staying faithful touching and says he forgives her. But what about the fifteen dollars?, he asks. "Well," she explains, "when corn gets to five dollars a bushel, I sell it!."
#joke
Joke | Old joke from joke of the day archives - Check out other old jokes Wednesday, 17 September 2008

The following is supposedly a true story. To be included, besides being true, the story is most likely strange, weird, surprising, or funny.

One student fell into a cycle of classes, studying, working and sleeping.

Didn't realize how long he had neglected writing home until he received the following note:

"Dear Son, Your mother and I enjoyed your last letter. Of course, we were much younger then, and more impressionable. Love, Dad."