A college business professor could not help but notice that one of his students was late to class for the third time that week. Before class ended he went around the room asking students some questions about the day's lecture. Of course, he made sure to pick on his tardy pupil.

"And who was it that developed the theories behind communism?" the professor asked.

"Perhaps if you came to class on time, Mr. Reebs, you would know," said the professor.

Reporters interviewing a 104-year-old woman:
'And what do you think is the best thing
About being 104?' the reporter asked.
She simply replied, 'No peer pressure
#joke #short
Joke | Source: Jokes of The day - Used to be - Australian Joke of the day - site changed purpose and no longer serves jokes

For his final project in a statistics class, a student decided to conduct a survey. He chose to find out peoples' favorite pastimes.
#joke #short
Joke | Source: jokes warehouse - Animal jokes, Blonde jokes, doctor jokes, drunk jokes and jokes of the day

The Rabbi in The confession...

The Rabbi in The confession booth

A priest and a rabbi were talking when the rabbi asked the priest about confession.

"I have an idea," said the priest. Why don't you sit with me on my side of the confession booth and hear it for yourself? No one will ever know.

A woman came into the booth and said, Bless me Father for I have sinned.
The priest asked, "What did you do?"
"I cheated on my husband."
"How many times?"
"Three times."
"Well," said the priest, "Say 5 Hail Marys and put 5 dollars in the offering box."

Another woman came and said, "Bless me Father for I have sinned."

The priest asked, "What did you do?"
"I cheated on my husband."
"How many times?"
"Three times."
Again the priest said, "Say 5 Hail Marys and put 5 dollars in the offering box."

Then the priest said to the rabbi, "would you like to do the next confession?"

The rabbi started to object, but the priest said, "Go ahead. It's easy."
So another woman came in and said, "Bless me Father for I have sinned."
This time the rabbi asked, "What did you do?"
"I cheated on my husband."
"How many times?"
The woman said, "Twice."
Then the rabbi said, "Well go do it again. They're 3 for 5 dollars today."


#joke
Joke | Source: Dos santos online - Not joke related site, but with joke of the day 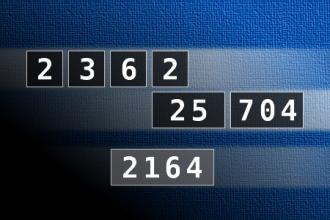 A man walks into a clock shop one day and pulls his cock out and slaps it down on the counter.

The confused sales woman says to the man that they only fix clocks in the shop.

The man then calmly says 'I know. That's why I want you to put two hands on this'.
#joke #short


Theme music from James Bond: Hello. My name is David, code number 324-5628. I'm sorry I can't take your call, but I'm on an international mission involving the theft of gold plated Spam. Leave a message after the tone, and should I survive my mission, I'll call you back. Ciao babies!

The visiting church school supervisor asks little Johnny during Bible class who broke down the walls of Jericho. Little Johnny replies that he does not know, but it definitely is not him.

The supervisor, taken aback by this lack of basic Bible knowledge, goes to the school principal and relates the whole incident.

The principal replies that he knows little Johnny, as well as his whole family very well and can vouch for them, and if little Johnny said that he did not do it, he, as principal is satisfied that it is the truth.

Even more appalled, the inspector goes to the Regional Head of Education and relates the whole story.

After listening, he replies: "I can't see why you are making such a big issue out of this; just get three quotes and fix the darn wall!"

How did the supermodel try to ...

How did the supermodel try to kill the bird? She threw it off of a cliff.
#joke #short
Joke | Source: Click The City - Philippine's Leading Lifestyle and Entertainment Guide.

How To Speak Southern

How To Speak Southern

BARD - verb. Past tense of the infinitive "to borrow."

Usage: "My brother from Jawjah bard my pickup truck."

Usage: "My brother from Jawjuh bard my pickup truck, and I

aint herd from him in munts."

Usage: "I think I left my ranch in the back of that pickup

truck my brother from Jawjuh bard a few munts ago."

ALL - noun. A petroleum-based lubricant.

Usage: "I sure hope my brother from Jawjuh puts all in my

Usage: "If my brother from Jawjuh doesn't change the all in

Usage: "If you don't stop reading these Southern words and

git back to work, your bahs is gonna far you!"

Usage: "Gee, I hope that brother of mine from Jawjuh doesn't

git a flat tar in my pickup truck."

Usage: "Lord willing and the creeks don't rise, I sure do

hope to see that Eiffel Tire in Paris sometime."

Usage: "I just flew in from Hot-lanta, and boy my arms are

Usage: "We Southerners are willing to fight for out rats."

Usage: "I dream of Jeanie in the lot-brown hair."

Usage: "I cudnt unnerstand a wurd he sed ... must be from

DID - adjective. Not alive.

EAR - noun. A colorless, odorless gas (unless you are in

Usage: "Boy, stay away from that bob war fence."

What do you get when two peas fight?
Black-eyed peas