A: Because it scares the hell out of their dogs.
#joke #short
Joke | Source: Comedy.com - The World Famous Comedy.com Daily Joke!

A young boy went up to his father and asked him, "Dad, what is the difference between 'potentially' and 'realistically'?"
#joke #short
Joke | Source: jokes warehouse - Animal jokes, Blonde jokes, doctor jokes, drunk jokes and jokes of the day

How do you make a blonde laugh...

How do you make a blonde laugh on a Saturday? Tell her a joke on a Wednesday.

The old man says without hesitation, "I now pronounce you man and wife."
#joke
Joke | Source: Jokes of the day - Used to be Joke rating machine, but this site is dead 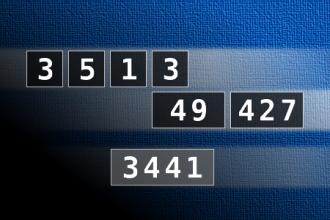 Why can't a nose be 12 inches long?
Because then it would be a foot

Why did the dude tip-toe past the medicine cabinet? So he wouldn't wake up the sleeping pills.
#joke #short
Joke | Source: Click The City - Philippine's Leading Lifestyle and Entertainment Guide.

The last time politics was mixed with religion, people were

burned at the stake.

A man in Amsterdam feels the need to confess, so he goes to his priest.
Forgive me, Father, for I have sinned. During WWII, I hid a refugee in my attic.
Well, answers the priest, thats not a sin.
But I made him agree to pay me 20 guilders for every week he stayed.
I admit that wasnt good, but you did it for a good cause.
Oh, thank you, Father. That eases my mind. I have one more question.
What is that, my son?
Do I have to tell him the war is over?
#joke
Joke | Source: Comedy Central: Jokes - Jokes provided daily from Comedy Central's archive.