A woman goes to the hospital, and her doctor gives her a sonogram. He sees the baby and suddenly the baby says, “Are you my daddy?” The doctor is shocked and goes to get another doctor, who looks at the sonogram. The baby says again, “Are you my daddy?” The doctor says, “No, Im not your father.”
They go to get the dad, the father looks at his baby boy and the baby asked, “Are you my daddy?” And the father says, “Yes, I am!” So, the baby pops out of the mothers womb, picks up his hand, and starts poking the father in the head while saying, “How do you like that?! How do you like that?!”
#joke #doctor
Joke | Source: Comedy Central: Jokes - Jokes provided daily from Comedy Central's archive.

Q: What has three balls and is from outer space?

By following the simple advice...

By following the simple advice I heard on a Dr. Phil Show, I have finally found inner peace.

Dr. Phil proclaimed the way to achieve inner peace is to finish all the things you have started.

So I looked around my house to see things I started and hadn't finished;
and, before leaving the house this morning I finished off a bottle of Merlot a package of Oreo's, a pot of coffee, the rest of the Cheesecake, some Saltines and a box of Godiva Chocolates.

Dr. Phil was right...you have no idea how I feel right now!
#joke
Joke | Source: Kiwi box - today's pick Joke of the day

The Man Who Orders Three Beers

An Irishman by the name of Paul McLean moves into a tiny hamlet in County Kerry, walks into the pub and promptly orders three beers. The bartender raises his eyebrows, but serves the man three beers, which he drinks quietly at a table, alone.
An hour later, the man has finished the three beers and orders three more. This happens yet again. The next evening the man again orders and drinks three beers at a time, several times. Soon the entire town is whispering about the Man Who Orders Three Beers.
Finally, a week later, the bartender broaches the subject on behalf of the town. "I don't mean to pry, but folks around here are wondering why you always order three beers."
"'Tis odd, isn't it?" the man replies. "You see, I have two brothers, and one went to America, and the other to Australia. We promised each other that we would always order an extra two beers whenever we drank as a way of keeping up the family bond."
The bartender and the whole town was pleased with this answer, and soon the Man Who Orders Three Beers became a local celebrity and source of pride to the hamlet, even to the extent that out-of-towners would come to watch him drink.
Then, one day, the man comes in and orders only two beers. The bartender pours them with a heavy heart. This continues for the rest of the evening -- he orders only two beers. Word flies around town. Prayers are offered for the soul of one of the brothers.
The next day, the bartender says to the man, "Folks around here, me first of all, want to offer condolences to you for the death of your brother. You know -- the two beers and all..."
The man ponders this for a moment, then replies, "You'll be happy to hear that my two brothers are alive and well. It's just that I, meself, have decided to give up drinking for Lent." 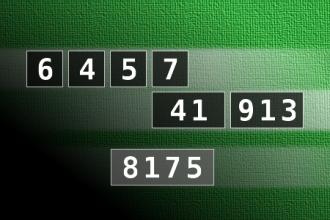 A duck walks into a store and asks the guy behind the counter for duck food.

"Okay, thanks," the duck says, and leaves.

The next day the duck comes back. Got any duck food? he asks.

The next day the duck shows up again, asking for duck food.

Now the man behind the counter is annoyed. I've told you for three days running, we don't carry duck food.

The counterman blows his stack. You come in here one more time and ask for duck food, and I'll nail your webbed feet to the floor. You got that?

Next day the duck shows up again.

"What do you want?" the counterman asks threateningly.

Therefore, it was decided that there should be an ice fishing contest between the two candidates to determine the final winner. There was much talk about ballot recounting, court challenges, etc., but a week-long ice fishing competition seemed the (manly) way to settle things. The candidate that catches the most fish at the end of the week wins.

After a lot of back and forth discussion, it was decided that the contest would take place on a remote and cold lake in Minnesota. There were to be no observers present, and both men were to be sent out separately on this remote lake and return daily with their catch for counting and verification.

At the end of the first day, George W. returns to the starting line and he has 10 fish. Soon, Al Gore returns and has zero fish.

Well, everyone assumes he is just having another bad hair day or something and hopefully, he will catch up the next day.

At the end of the 2nd day George W. comes in with 20 fish and Al Gore comes in again with none.

That evening, Bill Clinton gets together secretly with Al and says, "Al, I think George W. is a low-life cheatin' son-of-a-gun. I want you to go out tomorrow and don't even bother with fishing. Just spy on him and see if he is cheating in any way.

The next night (after George W. comes back with 50 fish), Bill Clinton says to Al, "Well, what about it, is George W. cheatin'?"

"He sure is, Bill, he's cutting holes in the ice."
#joke
Joke

A schoolgirl says to her frien...

A schoolgirl says to her friend, "I wished I'd lived a thousand years ago." "Why?" her friend asks. "Well," says the girl, "there wouldn't be so much history to learn."
#joke #short
Joke | Source: Click The City - Philippine's Leading Lifestyle and Entertainment Guide.


These are actual newspaper headlines gathered from papers across the country.
Killer Sentenced to Die for Second Time in 10 Years
Never Withhold Herbes Infection from Loved One
Drunken Drivers Paid $1000 in '84
War Dims Hope for Peace
If Strike Isn't Settled Quickly, It May Last a While
Cold Wave Linked to Temperatures
Enfields Couple Slain; Police Suspect Homicide
Red Tape Holds Up New Bridge
Dear Kill 17,000
Some Pieces of Rock Hudson Sold at Auction

A Doctor recently had a patient "drop" in on him for an unscheduled appointment. "What can I do for you today?" the Doctor asked.

The aged Gentleman replied, "Doctor, you must help me. Every time I make love to my wife, my eyes get all bleary, my legs go weak, I can hardly catch my breath. . . . doctor, I'm very concerned!"

The doctor, looking at his 86 year old patient, said,: "Mr. Smith, these sensations tend to happen over time, especially to a man of your advanced years, but tell me, when did you first notice these symptoms?"

How can you prove that dogs ar...

How can you prove that dogs are man's best friend?
Lock your wife and your dog in the boot of your car. Let stew for about an hour. Open the boot and see which one is pleased to see you!

Drowning In A Pickup

There were two brunettes in the front of a truck, and three blondes in the back.

They rolled off a cliff into the ocean. The brunettes survived, but the blondes died.

They couldn't get the tailgate open.