Q: Mommy, Mommy! Grandma's got a bruise.
A: Shut up and eat around it!
#joke #short
Joke | Source: Comedy.com - The World Famous Comedy.com Daily Joke!

Why do birds fly south for the...

Why do birds fly south for the winter?

Because it's too far to walk.
#joke #short
Joke | Source: Kiwi box - today's pick Joke of the day

There once was an old couple who had been married for thirty years.
#joke #short
Joke | Source: jokes warehouse - Animal jokes, Blonde jokes, doctor jokes, drunk jokes and jokes of the day 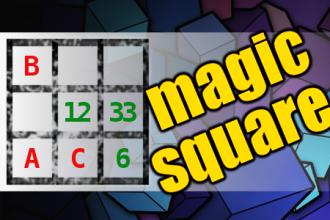 After Quasimodo's death, the bishop of the Cathedral of Notre Dame sent word through the streets of Paris that a new bell ringer was needed.

The bishop decided that he would conduct the interviews personally and went up into the belfry to begin the screening process.

After observing several applicants demonstrate their skills, he had decided to call it a day when an armless man approached him and announced that he was there to apply for the bell ringer's job.

The bishop was incredulous. "You have no arms!"

"No matter" said the man. "Observe!" And he began striking the bells with his face, producing a beautiful melody on the carillon.

The bishop listened in astonishment; convinced he had finally found a replacement for Quasimodo.

But suddenly, rushing forward to strike a bell, the armless man tripped and plunged headlong out of the belfry window to his death in the street below.

The stunned bishop rushed to his side. When he reached the street, a crowd had gathered around the fallen figure, drawn by the beautiful music they had heard only moments before.

As they silently parted to let the bishop through, one of them asked, "Bishop, who was this man?"

"I don't know his name," the bishop sadly replied, "but his face rings a bell"

The following day, despite the sadness that weighed heavily on His heart due to the unfortunate death of the armless campanologist, the bishop continued his interviews for the bell ringer of Notre Dame.

The first man to approach him said "Your Excellency, I am the brother of the poor armless wretch that fell to his death from this very belfry yesterday. I pray that you honor his life by allowing me to replace him in this duty."

The bishop agreed to give the man an audition, and, as the armless man's brother stooped, picked up a mallet and struck the bells as beautifully as his brother. But as he finished, he groaned, clutched at his chest, twirled around and died on the spot.

Two monks, hearing the bishop's cries of grief at this second tragedy, rushed up the stairs to his side.

"What has happened? Who is this man?" the first monk asked breathlessly.

"I don't know his name," sighed the distraught bishop, but he's a dead ringer for his brother."
#joke
Joke

Niece: Uncle, your landlady to...

Niece: Uncle, your landlady told me that you weren't fit to live with pigs! Uncle: What did you say? Niece: Oh, I took your side -- I said you were!
#joke #short
Joke | Source: Click The City - Philippine's Leading Lifestyle and Entertainment Guide.

Four things not to say in a gay bar.

2 Can I push your stool in?

3 Toss you for the next round!