Men are a misunderstood lot, which all in all is probably for the best. Women are better off not knowing that we eat with our hands the minute they leave the room or that we use their nail clippers to trim our nose hair. Better for them, better for us. Still, it's annoying that women spend more time and money trying to understand the minds of cats than they do wondering about what makes men tick. Which is why they'll never understand...
#joke
Joke | Source: jokes warehouse - Animal jokes, Blonde jokes, doctor jokes, drunk jokes and jokes of the day

A Meeting With the Board

After a long, dry sermon, the minister announced that he wished to meet with the church board after the service. The first man to arrive was a stranger.
â€œYou misunderstood my announcement. This is a meeting of the board,â€ said the minister.
â€œI know,â€ said the man. â€œIf there is anyone here more bored than I am, Iâ€™d like to meet him.â€ 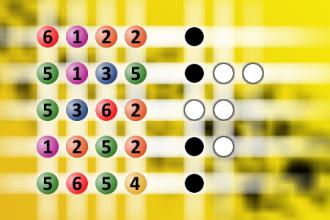 Last Saturday morning I got up...

Last Saturday morning I got up early, put on my long johns and dressed quietly. I made a lunch, grabbed the dog and went to the garage to hook up the boat to the truck and down the driveway I went.

Coming out of the garage rain is pouring down; it is like a torrential downpour. There is snow mixed in with the rain, and the wind is blowing 50 mph.

Minutes later, I returned to the garage. I came back into the house and turned the TV to the weather channel. I find it's going to be bad weather all day long, so I put the boat back in the garage, quietly undressed and slipped back into bed.

There I cuddled up to my wife's back, now with a different anticipation, and whispered, "The weather out there is terrible."

To which she sleepily replies,

"Can you believe my stupid husband is out there fishing?"
#joke
Joke

Mom: Junior, stop making all that noise in here and go play outside. Your father can't read his newspaper. Son: Really? I'm only eight and I can read it!
#joke #short
Joke | Source: Click The City - Philippine's Leading Lifestyle and Entertainment Guide.

A little girl was watching her parents dress for a formal party. When she saw her dad donning his tuxedo, she warned, "Daddy, you shouldn't wear that suit."

"You know that it always gives you a headache next morning."

Did you hear about t

Did you hear about the new blonde paint? It's not real bright, but its cheap, and spreads easy.
#joke #short #blonde
Joke

A guy sits at a bar in a skyscraper restaurant high above the city. He slams a shot of tequila, goes over to the window and jumps out.
The guy sitting next to him cant believe what he just saw. Hes more surprised when, 10 minutes later, the same guy walks back into the bar and sits down next to him.
The astonished onlooker asks, How did you do that? I just saw you jump out the window, and were hundreds of feet above the ground!
The jumper responds by slurring, Well, I dont get it either. I slam a shot of tequila, and when I jump out the window, the tequila makes me slow down right before I hit the ground. Watch. He takes a shot, goes to the window and jumps out.
The other guy runs to the window and watches as the guy falls to just above the sidewalk, slows down and lands softly on his feet. A few minutes later, the jumper walks back into the bar.
The other guy has to try it, too, so he orders a shot of tequila. He slams it and jumps out the window. As he reaches the bottom, he doesnt slow down at all. SPLAT!
The first guy orders another shot of tequila. The bartender shakes his head. Youre really an a**hole when youre drunk, Superman.
#joke
Joke | Source: Comedy Central: Jokes - Jokes provided daily from Comedy Central's archive.

What do you call two raincoats in a cemetery?
Max Bygraves.