I pulled up to the drive-thru of a fast-food restaurant and ordered coffee. I asked the clerk to put some ice cubes into the cup so that I could drink the cool coffee quickly. At the window, there was a delay. Finally, the clerk came to the window looking frustrated, and announced, "I'm having a problem. The ice keeps melting."

Q: What is the difference between a tribe of pygmies and a women's track team?

A: The pygmies are a bunch of cunning runts.
#joke #short
Joke | Source: Comedy.com - The World Famous Comedy.com Daily Joke!

A Japanese family just arrived in the United states and stays at a moderate hotel in New York. As they ride up the elevator to their suite, a gentleman gets in at the next floor.
#joke #short
Joke | Source: jokes warehouse - Animal jokes, Blonde jokes, doctor jokes, drunk jokes and jokes of the day

What's the difference between chopped beef and pea soup?
- You can chop beef, but you can't pea soup!
#joke #short
Joke | Source: Kiwi box - today's pick Joke of the day

A blonde was late for work so she hopped in her car, popped it in reverse and quickly rolled out of the driveway.

She wasn't looking and she hit another car. And the man in the car jumped out all furious yelling at the blonde.

"OH MY GOD I CANT BELIEVE HOW STUPID YOU ARE! I'M GONNA MAKE SURE YOU NEVER DRIVE AGAIN!" Said that Man. "NOW YOU STAND ON THIS MAN-HOLE AND DONT MOVE UNTIL I TELL YOU!" He exclaimed.

SO she did and he went over to her car and started beating the crap out of it.

He was kicking dents in it and just going off and the girl started to laugh.

He looked over and she stopped and then he went to his car and grabbed a bat. He started bashing all the windows in and putting even bigger dents in the car.

The girl started laughing even harder this time. He looked over again and she stopped.

By now the man was pissed so he got some gas and put it all over the car and lit it up. The whole car bursted into flames and blew up.

By now the girl was on the ground busting up laughing. So the man goes over and says:

"What the hell is so funny?"

The girl replies with:

"I stepped off the man-hole 3 times and you didn't even see me!"
#joke #blonde
Joke | Source: Jokes of the day - Used to be Joke rating machine, but this site is dead 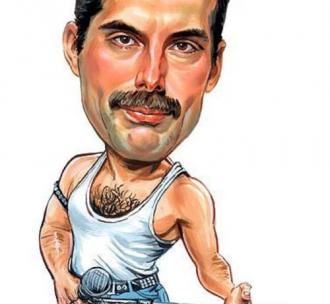 Mom: Junior, I wouldnÂ’t jump up and down on the bed like that if I were you. Junior: Well, how would you jump on the bed then, Mom?
#joke #short
Joke | Source: Click The City - Philippine's Leading Lifestyle and Entertainment Guide.


Father: How were the exam questions?
Son: Easy
Father: Then why look so unhappy?
Son: The questions didn't give me any trouble, just the answers!

Where was the Magna Carta signed?
At the bottom!

What are you going to be when you get out of school?
An old man!

What did you learn in school today?
Not enough, I have to go back tomorrow!

I'm learning ancient history?
So am I, lets go for a walk and talk over old times!

Walks Into a Bar... The Whole Gang

A nun, a priest, an Irishman, a Scotsman, a rabbi and a blonde walk into a bar.
The bartender looks at them and asks, Is this some kind of joke?
#joke #short #blonde #walksintoabar
Joke | Source: Comedy Central: Jokes - Jokes provided daily from Comedy Central's archive.