A minister, a priest and a rabbi went for a hike one day. It was very hot. They were sweating and exhausted when they came upon a small lake. Since it was fairly secluded, they took off all their clothes and jumped in the water.
Feeling refreshed, the trio decided to pick a few berries while enjoying their "freedom." As they were crossing an open area, who should come along but a group of ladies from town. Unable to get to their clothes in time, the minister and the priest covered their privates and the rabbi covered his face while they ran for cover.After the ladies had left and the men got their clothes back on, the minister and the priest asked the rabbi why he covered his face rather than his privates. The rabbi replied, "I don't know about you, but in MY congregation, it's my face they would recognize."

ATTORNEY: What was the first ...

ATTORNEY: What was the first thing your husband said to you that morning?
WITNESS: He said, 'Where am I, Cathy?'
ATTORNEY: And why did that upset you?
WITNESS: My name is Susan!

Q: Why did the blonde have sex with a Mexican?
A: Her teacher told her to do an essay.
#joke #short #blonde
Joke | Source: Comedy.com - The World Famous Comedy.com Daily Joke!

Mitch Bailey went to the docto...

Mitch Bailey went to the doctor about a problem. The doc makes him lie down and asks him to strip. The doc is pretty surprised to see wet semen in his penis.

The doctor asks, totally shocked after listening to Mitch's reply, "1955...my...Jeez...somethings terribly wrong. You are the weirdest case in my 23 year old career."

"Why? Is something wrong?", asks a puzzled Mitch.

"Oh yes it is, Mitch, you have not had sex for so long and you still have fresh stains of semen in your penis. Something is wrong.", says the doctor.

Mother: So how was your first day of school, son? Junior: It was all right, except for some guy called Sir who kept spoiling all our fun.
#joke #short
Joke | Source: Click The City - Philippine's Leading Lifestyle and Entertainment Guide.


You might be a redneck if...
Your most expensive shoes have numbers on the heels.
Your wife has ever burned out an electric razor.
Your birth announcement included the word "rug rat".
You've ever hitchhiked naked.
You use the O on a stop sign to sight your new rifle.
Your bumper sticker says, "My other car is a combine."
The gas pedal on your car is shaped like a bare foot.
The highlight of your parties is when you flip out your false teeth.
Your wife keeps a can of Vienna sausage in her purse.
There are more than ten lawsuits currently pending against your dog. 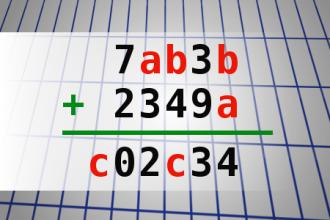 In the pre-Thanksgiving rush, we have received an early weather report from our in-house weather reporters. This is one you should be sure to email to your Mom. Turkeys will thaw in the morning, then warm in the oven to an afternoon high near 190F. The kitchen will turn hot and humid, and if you bother the cook, be ready for a severe squall or cold shoulder.

During the late afternoon and evening, the cold front of a knife will slice through the turkey, causing an accumulation of one to two inches on plates. Mashed potatoes will drift across one side, while cranberry sauce creates slippery spots on the other. Please pass the gravy.

A weight watch and indigestion warning have been issued for the entire area, with increased stuffiness around the beltway. During the evening, the turkey will diminish and taper off to leftovers, dropping to a low of 34F in the refrigerator.

Looking ahead to Friday and Saturday, high pressure to eat sandwiches will be established. Flurries of leftovers can be expected both days with a 50 percent chance of scattered soup late in the day. We expect a warming trend where soup develops. By early next week, eating pressure will be low as the only wish left will be the bone.

TV star Jonathan Ross has been...

TV star Jonathan Ross has been caught shoplifting in Harrods' kitchen department.
The controversial chat show host told police it was a whisk he had to take.

Two men are in a doctor's office.

Each of them are to get a vasectomy...the nurse comes into the room and tells both men, "Strip and put on these gowns before going in to see the doctor to have your procedures done."

Shocked as he was, he asks "Why are you doing that?"

To which she replies, "We have to vacate the sperm from your system to have a clean procedure."

The man not wanting to be a problem and enjoying it, allows her to complete her task.

After she is through, she proceeds to the next man.. She starts to fondle the man as she had the previous man, but then drops to her knees and proceeds to give him oral sex.

The first man seeing this quickly responds, "Hey! Why is it that I get masturbated and he gets a blow job?"

The nurse simply replies, "Sir, there is a difference between HMO and Complete Coverage.

Jim and Bob are golfing. Jim slices his ball deep into a wooded ravine and climbs down in search of it.
Jim spots something shiny. As he gets closer, he realizes that the shiny object is an 8-iron in the hands of a skeleton lying near an old golf ball.
Jim calls out to Bob in an agitated voice, Hey Bob, I got trouble down here.
Bob calls out, Whats the matter Jim?
Jim shouts back, Throw me my 7-iron. You cant get out of here with an 8-iron.
#joke
Joke | Source: Comedy Central: Jokes - Jokes provided daily from Comedy Central's archive.

What do you call a snail on a boat?

People are like plants -
some go to seed with age, and others go to pot.
#joke #short
Joke | Old joke from joke of the day archives - Check out other old jokes Sunday, 03 August 2008