ATTORNEY: Do you know if you...

Q: Why was Tigger leaning over the toilet bowl?

A minister, a priest and a rabbi went for a hike one day. It was very hot. They were sweating and exhausted when they came upon a small lake. Since it was fairly secluded, they took off all their clothes and jumped in the water.
Feeling refreshed, the trio decided to pick a few berries while enjoying their "freedom." As they were crossing an open area, who should come along but a group of ladies from town. Unable to get to their clothes in time, the minister and the priest covered their privates and the rabbi covered his face while they ran for cover.After the ladies had left and the men got their clothes back on, the minister and the priest asked the rabbi why he covered his face rather than his privates. The rabbi replied, "I don't know about you, but in MY congregation, it's my face they would recognize."

Sherlock Holmes and Dr. Watson went on a camping trip. After a good meal and a bottle of wine they lay down for the night, and went to sleep. Some hours later, Holmes awoke and nudged his faithful friend. Watson, look up at the sky and tell me what you see. Watson replied, "I see millions and millions of stars." "What does that tell you?" says Holmes.

Watson pondered for a minute. "Astronomically, it tells me that there are millions of galaxies and potentially billions of planets. Astrologically, I observe that Saturn is in Leo. Horologically, I deduce that the time is approximately a quarter past thre Theologically, I can see that God is all powerful and that we are small and insignificant. Meteorologically, I suspect that we will have a beautiful day tomorrow. What does it tell you Holmes?"

Holmes was silent for a minute, then spoke. "Watson, you idiot. Some one has stolen our tent."

One day a blonde woman named Sally finally got tired of everyone assuming she was stupid because of her hair color. She decided to go to the hairdressers and have her hair dyed brown.

Feeling quite proud of her new look she decided to go for a drive in the country. After a while she came upon a shepherd. Trying to test out her new look she walked over to him and asked, "If I can guess how many sheep you have may I take one for a reward?"

Feeling rather good about herself, she picked up her reward and started walking back to her car. Before she got there the shepherd tapped her on the shoulder.

"If I can guess your natural hair color, can I have my dog back?"
#joke #blonde
Joke 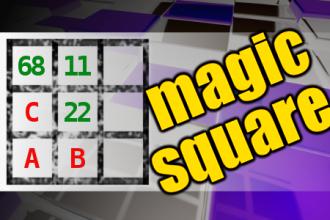 Father: Junior, what did I say I'd do if I caught you smoking cigarettes? Son: Dad, if you can't remember things, you can't expect me to help you out everytime!
#joke #short
Joke | Source: Click The City - Philippine's Leading Lifestyle and Entertainment Guide.

There was a married couple who were in a terrible accident. The woman's face was burned severely. The Doctor told the husband they couldn't graft any skin from her body because she was too skinny.

The husband then donated some of his skin ..... however, the only place suitable to the Doctor was from his buttocks.

The husband requested that no one be told of this, because after all this was a very delicate matter!

After the surgery was completed, everyone was astounded at the woman's new beauty. She looked more beautiful than she ever did before!

All her friends and relatives just ranted and raved at her youthful beauty.

She was alone with her husband one day and she wanted to thank him for what he did. She said, "Dear, I just want to thank you for everything you did for me! There is no way I could ever repay you!"

He replied, "Oh, don't worry, Honey, I get plenty of thanks every time your Mother comes over and kisses you on your cheek!!"

History of a property

One of the best examples of how ridiculous government paperwork can be is illustrated by a recent case in Louisiana. A company president was trying to buy some land in Louisiana for a plant expansion, and he wanted to finance this new facility with a government loan.

His lawyer filled out all the necessary forms, including the abstract---tracing the title to the land back to 1803. The government reviewed his application and abstract and sent the following reply:

'We received today your letter enclosing application for your client supported by abstract of title. We have observed, however, that you have not traced the title previous to 1803, and before final approval, it will be necessary that the title be traced previous to that year. Yours truly.'

As a result, the lawyer sent the following letter to the government:

'Gentlemen, your letter regarding title received. I note you wish title to be claimed back further than I have done it.

'I was unaware that any educated man failed to know that Louisiana was purchased by the United States from France in 1803. The title of the land was acquired by France by right of conquest of Spain. The land came into possession of Spain in 1492 by right of discovery by a Spanish-Portugese sailor named Christopher Columbus, who had been granted the privilege of seeking a new route to India by Queen Isabella.

'The good queen, being a pious woman and careful about title, took the precaution of securing the blessing of the Pope of Rome upon Columbus' voyage before she sold her jewels to help him.

'Now the Pope, as you know, is the emissary of Jesus Christ, who is the Son of God. And God made the world. Therefore, I believe it is safe to assume that He also made that part of the United States called Louisiana, and I now hope you're satisfied.'

A retiree was given a set of golf clubs by his co-workers. Thinking hed try the game, he asked the local pro for lessons, explaining that he knew nothing whatever of the game. The pro showed him the stance and swing, then said, Just hit the ball toward the flag on the first green. The novice teed up and smacked the ball straight down the fairway and onto the green, where it stopped inches from the hole. Now what? the fellow asked the speechless pro. Uh... youre supposed to hit the ball into the cup, the pro finally said, after he was able to speak again. Oh great! NOW you tell me. said the beginner.
#joke
Joke | Source: Comedy Central: Jokes - Jokes provided daily from Comedy Central's archive.

TV star Jonathan Ross has been...

TV star Jonathan Ross has been caught shoplifting in Harrods' kitchen department.
The controversial chat show host told police it was a whisk he had to take.

A fruit farmer hired two new workers for his fields, but before he sent them out for the day's work, he told them he had just one rule: don't steal any fruit. The two agreed to obey the rule.

After the day was over, the two workers came in to report to the farmer. He asked them if they had stolen any fruit, and immediately their conscience forced them to tell the truth.

"Yes, we did. We ate some when we got hungry," they said.

The farmer replied, "Ok, here is your punishment. I want each of you to go pick ten of your favorite fruit and come back to me."

The men couldn't believe their ears. This seemed more like a reward than a punishment!

After fifteen minutes, the first thief came back with ten cherries. The farmer promptly told him that as part of his punishment, he would have to stuff each cherry up his nose. The thief was upset about this, but he knew he had done wrong, so he slowly began to push the cherries up his nose one by one.

As he was working on the third cherry, he began to laugh hysterically. The farmer asked him, "What's so funny?"

The thief replied, "The other guy is out there picking watermelons!"
#joke
Joke | Old joke from joke of the day archives - Check out other old jokes Saturday, 14 March 2009