Q: How many body builders does it take to change a light bulb?


A: Only one, but 10 of his friends are there to tell him how good he looks doing it.
#joke #short
Joke | Source: Comedy.com - The World Famous Comedy.com Daily Joke!

The Jewish man said, 'Last week, my wife and I had great sex. I rubbed her body all over with schmaltz (chicken fat),we made passionate love, and she screamed for five full minutes at the end!'
#joke #short
Joke | Source: jokes warehouse - Animal jokes, Blonde jokes, doctor jokes, drunk jokes and jokes of the day

Please note, if you put a paw print in the middle of my plate or food, that does not stake a claim for it. It is still mine. I also do not find it aesthetically pleasing in the slightest.

NASCAR did not design the stairway. It is not a racetrack. Trying to beat me to the bottom is not the object. Tripping me will not help you win because I will fall faster than you can run.

A king-sized bed is the largest that is made. I cannot get anything bigger. I am sorry about this. Do not expect me to continue to sleep on the couch to ensure your comfort.

Dogs and cats are capable of curling into a ball when they sleep. It is not necessary to sleep perpendicular next to each other and stretched out to the fullest extent possible.

Sticking your tail out straight and hanging your tongue out the other end to maximize space is nothing but sarcasm.

For the last time, there is no secret exit from the bathroom. If by some miracle I manage to beat you there and get the door shut, it is not necessary to whine, meow, claw, try to turn to doorknob, or squeeze your paw under the door to try to pull it open. I have to exit through the same door I entered.

Also, I have been using the bathroom for many years -- feline or canine attendance is not required.
#joke
Joke | Source: Kiwi box - today's pick Joke of the day

ATTORNEY: Do you recall the t...

ATTORNEY: Do you recall the time that you examined the body?
WITNESS: The autopsy started around 8:30 P.M.
ATTORNEY: And Mr. Denton was dead at t he time?
WITNESS: No, he was sitting on the table wondering why I was doing an autopsy on him! 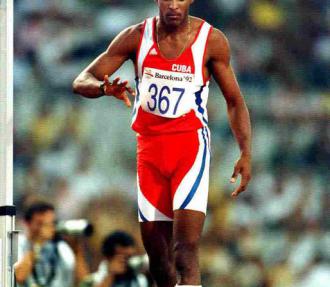 A traveler wandering on an isl...

A traveler wandering on an island inhabited by cannibals comes upon a butcher shop. This shop specialized in human brains sorted out according to source.

Upon reading the sign, the traveler noted, "My, those beekeepers' brains are expensive - they must be very powerful!"

The butcher replied, "Not really. They're expensive because it takes so many Blondes to get one pound of brains!!"
#joke #blonde
Joke | Source: Jokes of the day - Used to be Joke rating machine, but this site is dead


Hi, you've reached Meredith's room. I'm sorry I can't come to the phone right now, but my waveform has temporarily collapsed, so leave a message, and I'll call you when I've pulled myself together.

Jake is struggling through a bus station with two huge and obviously heavy suitcases when a stranger walks up to him and asks "Have you got the time?"

Jake sighs, puts down the suitcases and glances at his wrist. "It's a quarter to six," he says.

Jake brightens a little. "Yeah, it's not bad. Check this out" - and he shows him a time zone display not just for every time zone in the world, but for the 86 largest metropoli.

He hits a few buttons and from somewhere on the watch a voice says "The time is eleven 'til six" in a very West Texas accent. A few more buttons and the same voice says something in Japanese. Jake continues "I've put in regional accents for each city". The display is unbelievably high quality and the voice is simply astounding.

The stranger is struck dumb with admiration. "That's not all," says Jake. He pushes a few more buttons and a tiny but very hi-resolution map of New York City appears on the display. "The flashing dot shows our location by satellite positioning," explains Jake. "View recede ten," Jake says, and the display changes to show eastern New York state.

"I want to buy this watch!" says the stranger.

"Oh, no, it's not ready for sale yet; I'm still working out the bugs," says the inventor. "But look at this," and he proceeds to demonstrate that the watch is also a very creditable little FM radio receiver with a digital tuner, a sonar device that can measure distances up to 125 meters, a pager with thermal paper printout and, most impressive of all, the capacity for voice recordings of up to 300 standard-size books," though I only have 32 of my favorites in there so far" says Jake.

"I've got to have this watch!" says the stranger.

"I'll give you $15,000 for it!" And the stranger pulls out a checkbook. Jake stops to think. He's only put about $8500 into materials and development, and with $15 000 he can make another one and have it ready for merchandising in only six months. The stranger frantically finishes writing the check and waves it in front of him. "Here it is, ready to hand to you right here and now. $15,000. Take it or leave it." Jake abruptly makes his decision. "OK," he says, and peels off the watch. They make the exchange and the stranger starts happily away.

"Hey, wait a minute," calls Jake after the stranger, who turns around warily. Jake points to the two suitcases he'd been trying to wrestle through the bus station. "Don't forget your batteries."

What Not to Say to a Policeman

-- I cant reach my license unless you hold my beer.
-- Sorry, Officer, I didnt realize I was driving.
-- Wow, you mustve been doing about 125 mph to keep up with me!
-- I was going to be a cop, but I decided to finish high school instead.
-- Youre not gonna check the trunk, are you?
-- You look just like my girlfriends deadbeat ex-husband.
-- The question is -- do YOU know why you pulled me over?
-- I was trying to keep up with traffic, and its miles ahead of me.
-- If you have to ask if Ive been drinking, Im not going to tell you, dude.
-- It wasnt my fault -- when I reached down to roll this joint, my gun fell off my lap and got lodged under the brake pedal.
-- Thats a sweet 9mm. You want to hold my .44 magnum?
-- If Id known I was getting a full body cavity search, I would have waxed!
#joke #policeman #beer
Joke | Source: Comedy Central: Jokes - Jokes provided daily from Comedy Central's archive.

Did you hear about the man who...

Did you hear about the man who lost his left arm and leg in a car crash?
He's all right now.