What type of prize did you win?

A blonde goes to the local restaurant, buys a small drink for herself, and sits down to drink it. She notices a peel-off prize sticker on the side of her cup while she is drinking. After pulling off the tab, she begins screaming, "I won a motor home! I won a motor home!"

The waitress runs over and argues, "That's impossible. The biggest prize given away was a stero system!"

The blonde replies, "No. I won a motor home!"

By this time, the manager makes his way over to the table, and he too argues, "You couldn't possibly have won a motor home because we didn't have that as one of our prizes."

Again the blonde says, "There is no mistake! I won a motor home!"

The blonde hands the prize ticket to the manager and he reads, "WIN A BAGEL."

#joke #lawyer
Joke | Source: Jokes of The day - Used to be - Australian Joke of the day - site changed purpose and no longer serves jokes

Q: What do you call the space between Pamela Anderson's breasts?

Getting Rid of the Bats

Three pastors were having lunch in a diner.
One said, "You know, since summer started I've been having trouble with bats in my loft and attic at church. Iâ€™ve tried everything--noise, spray, cats--nothing seems to scare them away."Another said, "Me too. I've got hundreds living in my belfry and in the attic. I've even had the place fumigated, and they won't go away."
The third said, "I baptized all mine, and made them members of the church. Haven't seen one back since!"

A nun and a huge man were standing in an elevator. Being the nice person that she was, she looked over at him, smiled, and said "T.G.I.F." He looked back at her and said "S.H.I.T." The nun was shocked. She turned to the man and said "There was no need to be rude, all I said was "Thank God It's Friday." The man looked back at her and said, "Well you must have misunderstood me because all I said was Sorry Honey, it's Thursday."
#joke #friday
Joke | Source: Dos santos online - Not joke related site, but with joke of the day

Once, a gay man went to heaven. At the Great Gate Saint Peter was waiting for him. After reviewing his records Saint Peter decided to let him in. "Follow me." he said, opening the gate and walking in.

After some walk, Saint Peter's keys accidentally fell on the ground. Unaware, he bent over to pick up the keys. That was something the gay man just couldn't resist, so he jumped on him and did his thing. Saint Peter was furious. "If you do that again, you'll go straight to hell! Follow me, we're almost there."

After some more Peter dropped his keys again, and again, the gay man jumped on him. Saint Peter was even more furious than before, but decided to give the gay guy one last chance. Again they walk and for the third time Peter drops his keys, so he bends over and picks them up. The gay guy, having no self control jumps on him.

Peter is now fed up and sends the gay guy straight to hell. A few weeks later, Saint Peter goes down to hell for his routine inspection, but this time something is wrong, it is freezing, no fire, no lava and in one corner, he finds the devil lying under a stack of blankets freezing his ass off. "Why is it so god damn cold down here?" Peter asks.

"Well, you just try bending down for firewood!!" The devil replied.
#joke
Joke | Source: Jokes of the day - Used to be Joke rating machine, but this site is dead 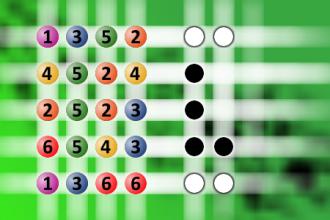