There were these 4 guys, a Russian, a German, an American and a French, who
found this small genie bottle. When they rubbed the bottle, a genie
appeared. Thankful that the 4 guys had released him out of the bottle, He
said, "Next to you all are 4 swimming pools, I will give each of you A
wish. When you run towards the pool and jump, you shout what you want the
pool of water to become, then your wish will come true."
The French wanted to start. He ran towards the pool, jumped and shouted,
"WINE".
The pool immediately changed into a pool of wine. The Frenchman was so
happy swimming and drinking from the pool.
Next is the Russian's turn, he did the same and shouted, "VODKA" and
immersed himself into a pool of vodka.
The German was next and he jumped and shouted, "BEER". He was so contented
with his beer pool.
The last is the American. He was running towards the pool when suddenly He
steps on a banana peel. He slipped towards the pool and shouted,
"SHIT!!!!!!! .......... "
LESSON IV: "THINK TWICE BEFORE YOU SAY SOMETHING, BECAUSE SOMETIMES
ACCIDENTS DO HAPPEN"
#joke #beer
Joke

Q: What do you call two blondes driving a convertible with the top down?

Five Scotsmen in an Audi Quattro arrived at an Irish border checkpoint. Paddy the officer stops them and tells them: "It is illegal to put 5 people in a Quattro, Quattro means four."
#joke #short
Joke | Source: jokes warehouse - Animal jokes, Blonde jokes, doctor jokes, drunk jokes and jokes of the day

A blonde is terribly overweigh...

A blonde is terribly overweight, so her doctor put her on a diet. "I want you to eat regularly for 2 days, then skip a day, and repeat these same steps for 3 weeks. The next time you come here, you'll have lost at least 5 pounds."

When the blonde returned, she shocked the doctor by losing nearly 20 pounds.

The blonde nodded..."I'll tell you though, I thought I was going to drop dead that 3rd day."

"From hunger, you mean?" asked the doctor. 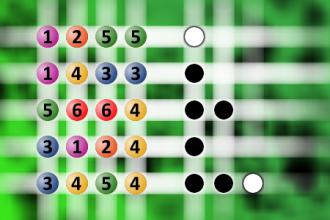 Why did the blonde take a ladder into the bar?

She heard the drinks were on the house!

Give me two hot dogs.

Give me two hot dogs.

One with mustard and one without."

What do you call a four-foot-tall psychic that escaped from jail? A small medium at large!
#joke #short
Joke | Old joke from joke of the day archives - Check out other old jokes Saturday, 31 May 2008

adies: Which of the following...

adies: Which of the following will do a better job of frightening a man away?

"Get away or I'll call the police!"

"I love you and want to marry you and have your children."

#joke #short
Joke | Old joke from joke of the day archives - Check out other old jokes Saturday, 31 May 2008

A man refused a drink in pub was told it was because of the trouble he caused the night before.
Protesting his innocence, the customer said he had never been in the pub before.

"You must have a double then," said the barman.

"Make it a vodka," replied the man.

Joke | Old joke from joke of the day archives - Check out other old jokes Saturday, 31 May 2008

Only in America... can a pizza get to your house faster than an ambulance....

Only in America... do people order double cheese burgers, a large fry and A diet coke...

Only in America... do banks leave both doors open and then chain the pens To the counters...

Only in America... do we leave cars worth thousands of dollars in the driveway and leave useless things and junk in boxes in the garage...

Only in America... do we use answering machines to screen calls and then Have call waiting so we won't miss a call from someone we didn't want to talk to in the first place...

Only in America... do we use the word politics to describe the process so well. Poli in Latin meaning many and tics meaning blood sucking creatures...

#joke
Joke | Old joke from joke of the day archives - Check out other old jokes Saturday, 31 May 2008

A man refused a drink in pub was told it was because of the trouble he caused the night before.
Protesting his innocence, the customer said he had never been in the pub before.

"You must have a double then," said the barman.

"Make it a vodka," replied the man.

Joke | Old joke from joke of the day archives - Check out other old jokes Saturday, 31 May 2008