A Kiwi was hoping to immigrate...

A Kiwi was hoping to immigrate to Australia.
Upon arriving in Australia, he was questioned by a customs officer,
"What is your business in Australia?"
"I wish to immigrate," was the Kiwi's reply.
The customs officer then asked,
"Do you have a conviction record?"
Confused, the Kiwi then replied,
"I didn't think you still needed one."
#joke
Joke | Source: Jokes of The day - Used to be - Australian Joke of the day - site changed purpose and no longer serves jokes

Q: What does it mean when the flag at the Post Office is flying at half mast?
A: They're hiring!
#joke #short
Joke | Source: Comedy.com - The World Famous Comedy.com Daily Joke!

The basketball coach stormed i...

The basketball coach stormed into the university president's office and demanded a raise right then and there.

"Yeah, maybe so, but you don't know what I have to put up with," the coach blustered. "Look."

He went out into the hall and grabbed a jock who was jogging down the hallway. "Run over to my office and see if I'm there," he ordered.

Twenty minutes later the jock returned, sweaty and out of breath.

"You're not there, sir," he reported.

"Oh, I see what you mean," conceded the President, scratching his head. "I would have phoned."

A man boarded a plane with six kids. After they got settled in their seats, a woman sitting across the aisle from him leaned over and asked, "Are all of those kids yours?"
#joke #short
Joke | Source: jokes warehouse - Animal jokes, Blonde jokes, doctor jokes, drunk jokes and jokes of the day

Where am I going and why am I in this handbasket?

"In an interview with CNN...

"In an interview with CNN this week, Dick Cheney said he may need more heart surgery. Cheney says his doctors have advised him to cut out all red meat, avoid stress and drop the extra 175 pounds (Bush picture on screen) that have been weighing him down." -- Tina Fey, on Saturday Night Live's "Weekend Update"

#joke #doctor
Joke | Source: Jokes of the day - Used to be Joke rating machine, but this site is dead 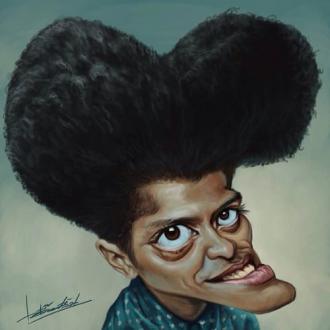 The bride, upon her engagement, went to her mother and said, "I've found a man just like Dad!"

Her mother replied, "So what you want from me, sympathy?"

Q: How do you get a blonde off of her knees?

Q: What is the only way to keep your money from the casinos in Las Vegas?
A: When you get off the plane, walk into the propellers.
#joke #short
Joke | Source: Comedy Central: Jokes - Jokes provided daily from Comedy Central's archive.

What did the traffic warden sa...

What did the traffic warden say to the librarian?
You are booked.

Bill Gates cannot hire housekeepers, although he has interviewed hundreds.

Everyone he interviews says they don't do windows.


If this were the best of all possible worlds, I could come to the phone right now, but I can't, so if you could leave your name and number...

A farmer goes out one day and buys a brand new stud rooster for his chicken coop. The new rooster struts over to the old rooster and says, "OK old fart, time for you to retire."

The old rooster replies, "Come on, surely you cannot handle ALL of these chickens. Look what it has done to me. Can't you just let me have the two old hens over in the corner?"

The young rooster says, "Beat it: You are washed up and I am taking over."

The old rooster says, "I tell you what, young stud. I will race you around the farmhouse. Whoever wins gets the exclusive domain over the entire chicken coop."

The young rooster laughs. "You know you don't stand a chance old man. So, just to be fair I will give you a head start."

The farmer, meanwhile, is sitting in his usual spot on the front porch when he sees the roosters running by. He grabs his shotgun and - BOOM

He blows the young rooster to bits. The farmer sadly shakes his head and says, "Dammit... third gay rooster I bought this month."

Moral of this story.... Don't mess with the OLD FARTS - age and treachery will always overcome youth and skill!
#joke

A rather bookish young man goes into a whorehouse to seek entertainment. He goes up to the madam and says, "Madam, I'd like a woman for the evening."

The Madam says, "Sir, I'm afraid all the girls are taken tonight, but if you'd care to, I'm available."

So the guy and the madam go into a bedroom and get undressed. As he takes off his clothes, she looks him over and she notices that, flaccid, he's only two inches long. But then the guy says, "Rise, Caesar!"

And his cock rises to a full 12 inches. So they have a great time, and after about five hours even the madam is very impressed.

"Sir," she says, "this has been one of the most pleasurable evenings of my life. I was wondering if you'd mind if I called the girls in so they could have a look at you. You're really something special, you know."

But the guy says, "No, madam, no. I have come to bury Caesar, not to praise him."

As ham sandwiches go, it was perfection. A thick slab of ham, a fresh bun, crisp lettuce and plenty of expensive, light brown, gourmet mustard. The corners of my jaw aching in anticipation, I carried it to the picnic table in our backyard, picked it up with both hands, but was stopped by my wife who suddenly appeared at my side.

"Hold Johnny (our six-week-old son) while I get my sandwich," she said.

I had him balanced between my left elbow and shoulder and was reaching again for the ham sandwich, when I noticed a streak of mustard on my fingers.

I had no napkin.

I licked it off.

It was NOT mustard!

No man ever put a baby down faster. It was the first and only time I have sprinted with my tongue protruding. With a washcloth in each hand, I did the sort of routine shoeshine boys do, only I did it on my tongue.

Later my wife said, "Now you know why they call that mustard 'Poupon.'"