Joke | Source: Jokes of The day - Used to be - Australian Joke of the day - site changed purpose and no longer serves jokes

A man wakes up one morning to find a bear on his roof. So he looks in the yellow pages and sure enough, there's an ad for "Bear Removers."
#joke #short
Joke | Source: jokes warehouse - Animal jokes, Blonde jokes, doctor jokes, drunk jokes and jokes of the day

Man on the ladies tee...

It was a sunny Saturday morning on the course, and I was beginning my pre-shot routine on #1, visualizing my upcoming shot, when a voice came over the clubhouse loudspeaker.

"Would the gentleman on the Ladies Tee back up to the Men's Tee, please!!"

I was still deep in my routine, seemingly impervious to the interruption. Again the announcement--"Would the MAN on the WOMEN'S Tee kindly back up to the Men's Tee."

I finally stopped, turned, looked through the clubhouse window directly at the person with the mike and shouted back, "Would the person in the clubhouse kindly shut up and let me play my second shot?!"


The following is supposedly a true story. To be included, besides being true, the story is most likely strange, weird, surprising, or funny.
St. Paul, MN
The hit movie "Home Alone" about a boy thwarting burglars with imaginative mayhem, wasn't total fantasy. Just ask the guy who tried to break in while 13-year-old Ryan Hendrickson was home alone.
Ryan was watching television Wednesday night when he heard a noise that sounded like a window screen being cut.
"I ran to the closet and grabbed a bat," Ryan said Thursday. "I went...into the dining room, where I saw him cutting the window with a knife. He put his left hand in first and I was waiting for his right hand to come in...and I took the baseball bat and I hit him as hard as I could."
The man ran. Ryan called 911.
Police, while cautioning Ryan to call 911 first next time, did enjoy the fact that the kid got in the first lick against a bad guy.

socks to go play in the playland. 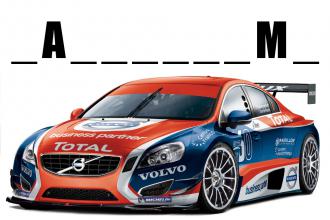 For a couple years I've been blaming it on lack of sleep and too much pressure from my job, but now I found out the real reason: I'm tired because I'm overworked.

The population of this country is 237 million. 104 million are retired. That leaves 133 million to do the work.

There are 85 million in school, which leaves 48 million to do the work.

Of this there are 29 million employed by the federal government, leaving 19 million to do the work.

2.8 million are in the Armed Forces, which leaves 16.2 million to do the work.

Take from the total the 14,800,000 people who work for State and City Governments and that leaves 1.4 million to do the work.

Now, there are 1,211,998 people in prisons. That leaves just two people to do the work. You and me. And you're sitting at your computer reading jokes.
#joke
Joke | Source: Jokes of the day - Used to be Joke rating machine, but this site is dead

Teacher: What are the three mo...

Teacher: What are the three most commonly used words of students? Student: I don't know ... Teacher: Correct!
#joke #short
Joke | Old joke from joke of the day archives - Check out other old jokes Sunday, 20 July 2008

A man appears before a judge o...

A man appears before a judge one day, asking for a divorce. The judge quietly reviewed some papers and then said, 'please tell me why you are seeking a divorce.'

The Judge replies, 'what kind of a reason is that? What is the big deal about a two-story house?'

The man answers, 'Well Judge, one story is 'I have a headache' and the other story is 'It's that time of the month.''
#joke

Joke | Old joke from joke of the day archives - Check out other old jokes Sunday, 20 July 2008

with a 6 shooter jumped out from behind a cactus.

"Take my money, my car but don't kill me", said the tourist.

"I no kill you if you do what I say," said the Mexican.

Although shocked, the tourist did what he was told. "Right, now

do it again" said the Mexican.

The Yank protested but with the gun against his nose, he managed

"And yet again, Gringo, or I shoot you dead."

With sweat running down his brow, the yank managed a final effort

"Good" said the Mexican, "now you give my sister a ride to the


A tourist is traveling with a guide through one of the thickest jungles in South America, when he comes across an ancient Mayan temple. The tourist is entranced by the temple, and asks the guide for details. To this, the guide states that archaeologists are carrying out excavations, and still finding great treasures. The tourist then queries how old the temple is.

Impressed at this accurate dating, he inquires as to how he gave this precise figure.

"Easy", replies the guide, "the archaeologists said the temple was 1500 years old, and that was three years ago"

Joke | Old joke from joke of the day archives - Check out other old jokes Sunday, 20 July 2008

Three young boys were fighting over whose dad was the best.

"My dad is so good he can shoot an arrow, run after it, get in front of it, and catch it in his bare hands."

"My dad is so good that he can shoot a gun, run after the bullet, get in front of it and catch it in his bare hands."