Knock Knock
WhoÂ’s there!
Aardvark!
Aardvark who?
Aardvark a hundred miles for one of your smiles!
#joke #short
Joke | Source: Kiwi box - today's pick Joke of the day

A senior citizen said to his eighty-year old buddy:
'So I hear you're getting married?'
'Yep!'
'Do I know her?'
'Nope!'
'This woman, is she good looking?'
'Not really.'
'Is she a good cook?'
'Naw, she can't cook too well.'
'Does she have lots of money?'
'Nope! Poor as a church mouse.'
'Well, then, is she good in bed?'
'I don't know.'
'Why in the world do you want to marry her then?'
'Because she can still drive!'
#joke
Joke | Source: Jokes of The day - Used to be - Australian Joke of the day - site changed purpose and no longer serves jokes

The church service was under w...

The preacher told him "since you put that money in the plate I would like to let you pick out three hymes."

Excitedly, the gay guy said, "well I'll take him and him and him."
#joke
Joke | Source: Jokes of the day - Used to be Joke rating machine, but this site is dead

There's this old priest who got sick of all the people in his parish who kept confessing to adultery. One Sunday, in the pulpit, he said, "If I hear that word one more time, I'll quit!"

Everyone liked him, so they came up with a code word. Someone who had committed adultery would say they had "fallen." This seemed to satisfy the old priest and things went well, until the priest died at a ripe old age.

About a week after the new priest arrived, he visited the mayor of the town and seemed very concerned. The priest said, "You have to do something about the roads and sidewalks in town. When people come into the confessional, they keep talking about having fallen."

The mayor started to laugh, realizing that no one had told the new priest about the code word. Before the mayor could explain, the priest shook an accusing finger at the mayor and said, "I don't know what you're laughing about, your own wife fell three times this week already, and your daughter fell twice!"

What happened to the man who p...

What happened to the man who put his false teeth in backwards?
He ate himself.

Only Found In America 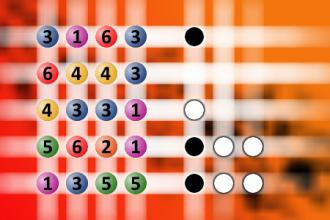 Yo Mamma So Ugly

Yo mamma is so ugly, two rapist broke into her house.

A man is struck by a bus on a busy street in New York City. He lies dying on the sidewalk as a crowd of spectators gathers around.

A priest. Somebody get me a priest! the man gasps. A policeman checks the crowd----no priest, no minister, no man of God of any kind.

A PRIEST, PLEASE! the dying man says again. Then out of the crowd steps a little old Jewish man of at least eighty years of age.

Mr. Policeman, says the man, "I'm not a priest. I'm not even a Catholic. But for fifty years now I'm living behind St. Elizabeth's Catholic Church on First Avenue, and every night I'm listening to the Catholic litany. Maybe I can be of some comfort to this man."

The policeman agreed and brought the octogenarian over to where the dying man lay. He kneels down, leans over the injured and says in a solemn voice:

Jim and Bob are golfing. Jim slices his ball deep into a wooded ravine and climbs down in search of it.
Jim spots something shiny. As he gets closer, he realizes that the shiny object is an 8-iron in the hands of a skeleton lying near an old golf ball.
Jim calls out to Bob in an agitated voice, Hey Bob, I got trouble down here.
Bob calls out, Whats the matter Jim?
Jim shouts back, Throw me my 7-iron. You cant get out of here with an 8-iron.
#joke
Joke | Old joke from joke of the day archives - Check out other old jokes Tuesday, 14 April 2009

Do not wait for the hearse to take you to church.
If you're headed in the wrong direction, God allows U-turns.
If you don't like the way you were born, try being born again.
Looking at the way some people live, they ought to obtain eternal fire insurance soon.

Yo Mama So Ugly

yo mama even canibals are afeaid of here.
#joke #short #yomama
Joke | Old joke from joke of the day archives - Check out other old jokes Thursday, 24 July 2008

"I'm surprised Dick Cheney loves to hunt so much. The five times the government tried to give him a gun, he got a deferment." -- Jay Leno

Joke | Old joke from joke of the day archives - Check out other old jokes Thursday, 24 July 2008

A farm boy accidentally overturned his wagonload of corn. The farmer who lived nearby heard the noise and yelled over to the boy, "Hey Willis, forget your troubles. Come in and visit with us. I'll help you get the wagon up later."

"That's mighty nice of you," Willis answered, "but I don't think Pa would like me to."

"Well okay," the boy finally agreed, and added, "but Pa won't like it."

After a hearty dinner, Willis thanked his host. "I feel a lot better now, but I know Pa is going to be real upset."

"Don't be foolish!" the neighbor said with a smile. "By the way, where is he?"

Why do bees hum? Because they don't know the words.
#joke #short
Joke | Old joke from joke of the day archives - Check out other old jokes Thursday, 24 July 2008

A man goes to the ironmonger t...

A man goes to the ironmonger to buy some insecticide. He holds up a box and asks: "Is this stuff good for beetles?"
"No," says the manager, "It'll kill 'em."

Joke | Old joke from joke of the day archives - Check out other old jokes Thursday, 24 July 2008