Now I Get It

Q: What did 50 cent say to his grandmother who gave him a sweater she had made him?

A woman goes to a pet store, and sees a beautiful parrot with a sign that says: "Talking parrot, $20."

She asks the owner why such an exotic animal is only $20. The owner says, "Well, the parrot used to live in a house of prostitution, and I'm not sure what sort of things he might say."

The lady buys the parrot thinking it is worth the risk. She takes the parrot home, sets up his cage.

The parrot looks around and says, "New house, new madam." The lady laughs, then her daughter comes home.

The parrot says, "New house, new madam, new girl." The lady explains the story to her daughter and they both laugh.

Businessman on his deathbed...

A businessman on his deathbed called his friend and said, "Bill, I want you to promise me that when I die you will have my remains cremated."

"And what," his friend asked, "do you want me to do with your ashes?"

The businessman said, "Just put them in an envelope and mail them to the Internal Revenue Service. Write on the envelope, "Now, you have everything." 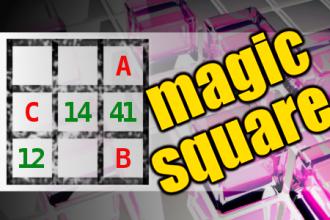 Q. What do you see when the Pillsbury Dough Boy bends over?

Q: Two potatoes are walking down the street. One of them is a prostitute. How can you tell which one is the prostitute?
A: Its the one stamped Idaho.
#joke #short
Joke | Source: Comedy Central: Jokes - Jokes provided daily from Comedy Central's archive.

What do you say if someone tries to steal your gate?
Nothing, he might take a fence.

This truck driver hauling a tr...

This truck driver hauling a tractor-trailer load of computers stops for a beer. As he approaches the bar he sees a big sign on the door saying: "Nerds not allowed. Enter at your own risk!"

He goes in and sits down. The bartender comes over to him, sniffs, says he smells kind of nerdy, asks him what he does for a living. The truck driver says he drives a truck, and the smell is just from the computers he is hauling. The bartender says OK, truck drivers are not nerds, and serves him a beer.

As he is sipping his beer, a skinny guy walks in with tape around his glasses, a pocket protector with twelve kinds of pens and pencils, and a belt at least a foot too long. The bartender, without saying a word, pulls out a shotgun and blows the guy away.

The truck driver asks him why he did that. The bartender said not to worry, the nerds are overpopulating the Silicon Valley, and are in season now. You don't even need a license, he said.

So the truck driver finishes his beer, gets back in his truck, and heads back onto the freeway. Suddenly, he veers to avoid an accident and the load shifts. The back door breaks open and computers spill out all over the freeway.

He jumps out and sees a crowd already forming, grabbing up the computers. They are all engineers, accountants and programmers wearing the nerdiest clothes he has ever seen. He can't let them steal his whole load. So remembering what happened in the bar, he pulls out his gun and starts blasting away, felling several of them instantly.

A highway patrol officer comes speeding up and jumps out of the car screaming at him to stop. The truck driver says, "What's wrong? I thought nerds were in season." "Well, sure," said the patrolman, "But you can't bait 'em."

Dumb Johnny is sitting i...

Dumb Johnny is sitting in class. His teacher, Miss Izakunteetair hates Dumb Johnny. She always puts him in the back of the class and can't stand dealing with him 'cause he's such a fuckin' idiot.
Miss Izakunteetair: OK children, today's word is definitely. Can anyone show me that they know the definition of the word 'definitely' by using it in a sentence?"
A few of the kids raise their hands, including Dumb Johnny who seems very impatient and eager to answer the question. The teacher calls on Suzie instead. Suzie answers " The grass is definitely green." The teacher responds, "Well, we can't say that that's definitely true because sometimes the grass is brown so, good try but...anyone else?" Again, several student hands go up, including
Dumb Johnny's. The mean ol' teacher makes a point of not choosing
Johnny. She instead calls on Jake, another jerk. Jake says, "My Mom is definitely the best cook in the world!" Teacher "Well, that's your opinion. There are other people who think that their Mom is the best cook in the world. It's true for you but it may not be true for everyone so we can't say that it's 'definitely' true." Johnny is still raising his hand eagerly and never being called on. All the kids try and all the kids fail until the Teacher has no choice, she finally calls on Dumb Johnny. "Oh all right! Johnny. Tell me something that's definitely true." Dumb Johnny says, "OK. But first I have to ask you a question." Teacher (sighing) "Whaaat?"
Johnny "Do farts have lumps?" Teacher "Of course not! Everyone knows that! Farts do not have lumps!" Johnny "Oh, OK. Then I definitely shit my pants."

His wife, Becky, was maintaining a candlelight vigil by his side. She held his fragile hand, tears running down her face.

Her praying roused him from his slumber.

He looked up and his pale lips began to move slightly. "Becky my darling," he whispered.

He was insistent. "Becky," he said in his tired voice, "I have something that I must confess."

"There's nothing to confess," replied Becky, "everything's all right, go to sleep."

"I know, my sweet one" whispered Becky, "let the poison work.
#joke

Joke | Old joke from joke of the day archives - Check out other old jokes Monday, 18 August 2008


Two men are waiting at the gates of heaven and strike up a conversation.

"How'd you die?" the first man asks the second.

"I froze to death," says the second.

"That's awful," says the first man. "How does it feel to freeze to death?"

"It's very uncomfortable at first," says the second man. "You get the shakes, and you get pains in all your fingers and toes. But eventually, it's a very calm way to go. You get numb and you kind of drift off, as if you're sleeping. How about you, how did you die?""I had a heart attack," says the first man. "You see, I knew my wife was cheating on me, so one day I showed up at home unexpectedly but found her alone watching television. I ran around the house looking for her lover but could find no one. As I ran up the stairs to the attic, I had a massive heart attack and died."

The second man shakes his head. "That's so ironic," he says.

"What do you mean?" asks the first man.

"If you had only stopped to look in the freezer, we'd both still be alive."

An Indian (Native American) walks into a trading post and asks for toilet paper.

The clerk asks if he would like no name (generic), Charmin, or White Cloud.

"White Cloud sounds like good Indian toilet paper," says the Indian. "How much is it?"

"That seems pretty expensive," responds the Indian. "What about the others?"

The Indian doesn't have much money so he opts for the no name. Within a few hours he is back at the trading post.

"I have a name for the no name toilet paper," he annonces to the clerk. "We shall call it John Wayne."

"Why?" asks the confused clerk.

"Cause it's rough and it's tough and it don't take no crap off no Indian."