A man owned a small Ranch In Texas. The Texas Work Force Department claimed he was not paying proper wages to his help and sent an agent out to interview him.
#joke #short
Joke | Source: jokes warehouse - Animal jokes, Blonde jokes, doctor jokes, drunk jokes and jokes of the day

Irving Benson and Jessie Carter were married on October 24 in the church. So ends a friendship that began in their school days.
The Honeymooners are now having bile studies each Tuesday evening at 7:30 p.m.
The rosebud on the altar this morning is to announce the birth of David Alan Belzer, the sin of Rev. and Mrs. Julius Belzer.
Please join us as we show our support for Amy and Alan who are preparing for the girth of their first child.
Thursday at 5:00 pm, there will be a meeting of the Little Mothers Club. All ladies wishing to be "Little Mothers" will meet with the Pastor in his private study.
(For the group of ladies called Moms Who Care and pray for the children in school). When their meeting was cancelled one week: "There will be no Moms who care this week."
- Joke shared on Beliefnet's Religious Humor page

"Dick Cheney said he felt terrible about shooting a 78 year old man, but on the bright side, it did give him a great idea about how to fix Social Security." -- Bill Maher

Chair Man of the Board

Resolving to surprise her husband, an executive''s wife stopped by his office. When she opened the door, she found him with his secretary sitting in his lap.

Without hesitating, he dictated, "...and in conclusion, gentlemen, budget cuts or no budget cuts, I cannot continue to operate this office with just one chair."


These are supposedly actual signs that have appeared at various locations.
Sign in an office: "We shoot every 3rd salesman, and the 2nd one just left."
Sign in a veterinary's waiting room: "Be back in 5 minutes. Sit! Stay!"
Sign on music teachers' door: "Out Chopin."
Sign at the electic company: "We would be delighted if you send in your bill. However, if you don't, you will be."
Sign in beauty shop window: "Dye now!"
Sign on a garbage truck: "We've got what it takes to take what you've got."
Sign at a computer store: "Out for a quick byte."
Sign on restaurant window: "Don't stand there and be hungry. Come in and get fed up."
Sign in a bowling alley: "Please be quiet. We need to hear a pin drop."

yo mama so fat

yo mama so fat when she stands on the scales it says stay tuned for the next episode.
#joke #short #yomama
Joke 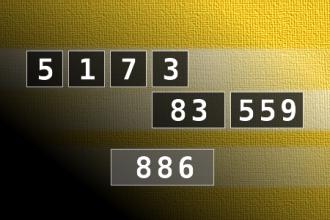 Jimmy! I thought I told you to do the dishes after you do your homework! Why are you watching television?
Its okay, Mom! I havent done my homework yet.
#joke #short
Joke | Source: Comedy Central: Jokes - Jokes provided daily from Comedy Central's archive.

Seen on the door of a music shop: "Gone Chopin with my Liszt. Bach at 2pm. Offenbach sooner."
#joke #short
Joke | Source: http://news.scotsman.com/ - Joke of the day

Ever wonder WHY Ã‚Â…

Joke | Old joke from joke of the day archives - Check out other old jokes Sunday, 07 June 2009

A blonde came home from school...

My wife isn’t very good in the kitchen. Last time she cooked she burned the salad.
#joke #short
Joke | Old joke from joke of the day archives - Check out other old jokes Wednesday, 03 September 2008

A pie walks into a pub and asks for a pint and some crisps. "Sorry," the barman replies, "We dont serve food."

Joke | Old joke from joke of the day archives - Check out other old jokes Wednesday, 03 September 2008

Half a hundred and ten bold protons...

Let's go for immortality here. Worth a shot anyway...

Half a hundred and ten bold protons joined the press.

All but one, the singular miss Six S.

Half a hundred and ten lusty protons swelled the crowd.

From within a shining quantum cloud.


There were pions, muons, quarks and other fermions,

Tunneling, tunneling, in a state of partial dress.

'Till an oily bit of water came a wandering,

And miss Six S got in a great big mess.

Half a hundered and ten brave protons hit the ground.

There was a sky-blue flash, then nothing left but ash,

And the echo of a glorious thundering sound.


Joke | Old joke from joke of the day archives - Check out other old jokes Wednesday, 03 September 2008

a sweet young thing took her seat on opening day of her college class. The young man behind her tapped her on the shoulder and said, "What are you doing, wearing a football jersey?"

She replied, "Why, I bought it and own it, why shouldn't I wear it?"

He said, "You're not supposed to wear it unless you've made the team."

Jack decided to go skiing with his buddy, Bob. They loaded up Jack's mini van and headed north. After driving for a few hours, they got caught in a terrible blizzard. They pulled into a nearby farm and asked the attractive lady who answered the door if they could spend the night.

"I realize it's terrible weather out there and I have this huge house all to myself, but I'm recently widowed," she explained, "I'm afraid the neighbors will talk if I let you stay in my house."

"Don't worry," Jack said. "We'll be happy to sleep in the barn. And if the weather breaks, we'll be gone at first light."

The lady agreed, and the two men found their way to the barn and settled in for the night. Come morning, the weather had cleared, and they got on their way. They enjoyed a great weekend of skiing.

About nine months later, Jack got an unexpected letter from an attorney. It took him a few minutes to figure it out, but he finally determined that it was from the attorney of that attractive widow he had met on the ski weekend.

He dropped in on his friend Bob and asked, "Bob, do you remember that good-looking widow from the farm we stayed at on our ski holiday up North?"

"Did you happen to get up in the middle of the night, go up to the house and pay her a visit?"

"Yes," Bob said, a little embarrassed about being found out, "I have to admit that I did."

"And did you happen to use my name instead of telling her your name?"

Bob's face turned red and he said, "Yeah, sorry, buddy. I'm afraid I did. Why do you ask?"

"She just died and left me everything".