Only A Man Would Try This

Off the seventh tee, Joe sliced his shot deep into a wooded ravine. He took his eight iron and clambered down the embankment in search of his lost ball. After many long minutes of hacking at the underbrush, he spotted something glistening in the leaves. As he drew nearer, he discovered that it was an eight iron in the hands of a skeleton! Joe immediately called out to his friend, Jack, Ive got trouble down here! Whats the matter? Jack asked from the edge of the ravine. Bring me my wedge, Joe shouted. You cant get out of here with an eight iron!
#joke
Joke | Source: Comedy Central: Jokes - Jokes provided daily from Comedy Central's archive. 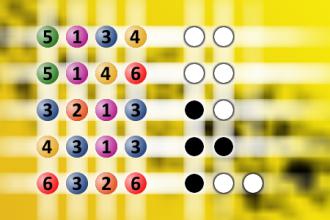 There once was a woman from Ee...

There once was a woman from Eeling,
Who had a peculiar feeling.
She layed on her back,
And opened her crack
And pissed all over the ceiling!
#joke #short
Joke | Old joke from joke of the day archives - Check out other old jokes Sunday, 12 July 2009

The other night I was invited ...

The other night I was invited out for a night with "the girls". I told my husband that I would be home by midnight ... "I promise!"

Well, the hours passed and the champagne was going down way too easy.

Around 3 a.m., drunk as a skunk, I headed for home. Just as I got in the door, the cuckoo clock in the hall started up and cuckooed 3 times. Quickly, realizing he'd probably wake up, I cuckooed another 9 times.

I was really proud of myself for coming up with such a quick-witted solution (even when smashed), in order to escape a possible conflict with him.

The next morning my husband asked me what time I got in, and I told him 12 o'clock. He didn't seem disturbed at all. Whew! Got away with that one!

Then he said we need a new cuckoo clock.

When I asked him why, he said, "Well, last night our clock cuckooed three times, then said, "Oh shit!!", cuckooed 4 more times, cleared it's throat, cuckooed another 3 times, giggled, cuckooed twice more, and then farted."
#joke

Joke | Old joke from joke of the day archives - Check out other old jokes Tuesday, 16 September 2008

Just before he died, he said to his wife, "When I die, I want you to take all my money and put it in the casket with me. I want to take my money to the afterlife with me."

And so he got his wife to promise him with all of her heart that when he died, she would put all of the money in the casket with him.

He was stretched out in the casket, his wife was sitting there in black, and her friend was sitting next to her. When they finished the ceremony, just before the undertakers got ready to close the casket, the wife said, "Wait just a minute!"

She had a box with her, she came over with the box and put it in the casket. Then the undertakers locked the casket down, and they rolled it away.

Her friend said, " I know you weren't fool enough to put all that money in there with your husband."

The loyal wife replied "Listen, I'm a Christian, I can't go back on my word. I promised him that I as going to put that money in that casket with him."

"You mean to tell me you put that money in the casket with him!!!!?"

"I sure did" said the wife. "I got it all together, put it into my account and wrote him a cheque. If he can cash it, he can spend it."

A soldier at the Pentagon got out of the shower, and realized that his clothes were missing. While searching around for them, he accidentally locked himself out of the locker room, and he found himself completely naked in the halls of the world''s most powerful military organization HQ. But, luckily, no one was around to see him.
So, he ran as fast as he could to the elevator. When it arrived, it was empty. He breathed a sigh of relief and got in. When the doors opened on his floor, there was no one waiting outside. "This must be my lucky day," he said to himself. He was now only a few yards from his office.
Suddenly, he heard footsteps coming from around the corner. He heard the General''s voice. There was no way he'd make it to his door in time, so he ducked into the closest office available, and found himself in the laboratory for Research & Development. The Head Scientist looked up from one of her experiments with puzzled interest.
The soldier thought quickly, stood up straight and saluted.
"I am here to report the partial success of the Personal Invisibility Device," he said.
"I see," the Head Scientist said. "But the Shrink Ray seems to be working perfectly."
#joke
Joke | Old joke from joke of the day archives - Check out other old jokes Tuesday, 16 September 2008


Q: How do babies get their belly buttons?

Why don't men have mid-life crises? They stay stuck in adolescence.
#joke #short
Joke | Old joke from joke of the day archives - Check out other old jokes Tuesday, 16 September 2008