Do people in castles suffer fr...

A solider stationed in the Sou...

A solider stationed in the South Pacific wrote to his wife in the States to please send him a harmonica to occupy his free time and keep his mind off of the local women. The wife complied and sent the best one she could find, along with several dozen lesson and music books.

Rotated back home, he rushed to their home and through the front door.

"Oh darling," he gushed, "Come here... let me look at you... let me hold you! Let's have a fine dinner out, then make love all night. I've missed your loving so much!"

The wife, keeping her distance, said, "All in good time lover. First, let's hear you play that harmonica."


An elementary school teacher decides to pole the class on the difficulty of last nightâ€™s homework assignment:

Duh ... shouldn't that be: "poll" the class, unless she was making a point ... WITH A POINTED STICK!
#joke #short
Joke | Source: A joke a day - Free Jokes of the Day Clean Funny Jokes via Email, Humor and Entertainment

A man got onto a bus with both of his front pockets full of golf balls, and sat down next to a blond.

The blond kept looking quizzically at him and his bulging pockets.

Finally, after many such glances from her, he said, "It's golf balls."

The blond continued to look at him thoughtfully and finally asked, "Does it hurt as much as tennis elbow?"
#joke
Joke | Source: Jokes of the day - Used to be Joke rating machine, but this site is dead

A minister gave a talk to the Lions Club on sex. When he got home, he couldn't tell his wife that he had spoken on sex, so he said he had discussed horseback riding with the members.

A few days later, she ran into some men at the shopping center and they complimented her on the speech her husband had made.

She said, "Yes, I heard. I was surprised about the subject matter, as he's only tried it twice. The first time he got so sore he could hardly walk, and the second time he fell off." 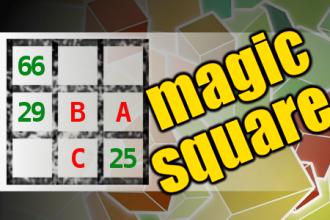 To the tune of The Beverly Hillbillies:

Come and listen to my story 'bout a man named John,

a poor ex-marine with a little fraction gone.

It seems one night after gettin' with his wife;

she loped off his dong with the swipe of a knife.

And Lorena is in the car taking willie for a ride.

She soon got tired of her purple-headed friend,

And she tossed him out the window as she went around a bend.

She went to the cops and confessed to the attack

and they called out the hounds just to get his weenie back.

They sniffed and they barked And they pointed 'over there'.

To John Wayne's henry that was waving in the air.

So the dick doc said, `Hey, I can fix your dong.

A needle and a thread is all we're gonna need.'

And the whole world waited 'til they heard that Johnny peed.

Well he healed and he hardened and he took his dick to court.

With a half-arsed lawyer, 'cause his assets came up short.

They cleared her assault and acquitted him of rape

And his pecker was the only one they didn't show on tape.

Ya'll sleep on your stomachs now, ya hear?!

Cow and Her Apples

A squirrel is chillin in a tree when a cow climbs up and sits next to him.
Whatcha doin here? asks the squirrel.
Im here to eat some apples.
But this is a pine tree!
I know. I brought my own apples.
#joke #short
Joke | Source: Comedy Central: Jokes - Jokes provided daily from Comedy Central's archive.

What happened when the...

What happened when the hyena swallowed an Oxo cube? He became a laughing stock!
Hilary Rae
How do young wizards and witches correct their homework?
They use a spell-checker.

ATTORNEY: The youngest son, the twenty-year-old, how old is he?
WITNESS: Uh, he's twenty-one.

WHAT IS A GRANDPARENT?

(taken from papers written by a class of 8-year-olds)

Grandparents are a lady and a man who have no little children of her own. They like other people's.

A grandfather is a man grandmother.

Grandparents don't have to do anything except be there when we come to see them. They are so old they shouldn't play hard or run. It is good if they drive us to the store and have lots of money for us.

When they take us for walks, they slow down past things like pretty leaves and caterpillars.

They show us and talk to us about the color of the flowers and also why we shouldn't step on "cracks."

Usually grandmothers are fat, but not too fat to tie your shoes.

They wear glasses and funny underwear.

They can take their teeth and gums out.

Grandparents don't have to be smart.

They have to answer questions like "why isn't God married?" and "How come dogs chase cats?"

When they read to us, they don't skip. They don't mind if we ask for the same story over again.

Everybody should try to have a grandmother, especially if you don't have television, because they are the only grown ups who like to spend time with us.

They know we should have snack-time before bedtime and they say prayers with us every time, and kiss us even when we've acted bad.

A 6 year old was asked where his grandmother lived. ''Oh,'' he said, ''She lives at the airport and when we want her we just go get her. Then when we're we've done having her visit, we take her back to the airport.''

Teacher: You weren't at school...

Teacher: You weren't at school last Friday, Jack. I heard you went to the movies. Jack: That's a lie! And I've got the tickets from the basketball game to prove it.
#joke #short #friday
Joke | Old joke from joke of the day archives - Check out other old jokes Friday, 17 October 2008

Juan comes up to the Mexican border on his bicycle. He's got two large bags over his shoulders.
The guard stops him and says, "What''s in the bags?" "Sand," answered Juan. The guard says, "We'll just see about that get off the bike." The guard takes the bags and rips them apart; he empties them out and finds nothing in them but sand.
He detains Juan overnight and has the sand analyzed, only to discover that there is nothing but pure sand in the bags. The guard releases Juan, puts the sand into new bags, hefts them onto the man''s shoulders, and lets him cross the border. A week later, the same thing happens. The guard asks, "What have you got?" "Sand," says Juan. The guard does his thorough examination and discovers that the bags contain nothing but sand.He gives the sand back to Juan, and Juan crosses the border on his bicycle. This sequence of events if repeated every day for three years. Finally, Juan doesn't show up one day and the guard meets him in a Cantina in Mexico. "Hey, Buddy," says the guard, "I know you are smuggling something. It's driving me crazy. It's all I think about..... I can't sleep. Just between you and me, what are you smuggling?" Juan sips his beer and says, "Bicycles."
#joke #beer
Joke | Old joke from joke of the day archives - Check out other old jokes Friday, 17 October 2008

The Clinton and Titanic Videos

When watching the Clinton video, did you get the feeling of

Well your brain never fails. By reading below, you will see

the remarkable similarities between the Clinton Video and the

Titanic Video. Was this just by coincidence... or much more.

We will let you be the judge.

TITANIC VIDEO: The story of Jack and Rose, their forbidden

love, a subsequent catastrophe. CLINTON VIDEO: The story of

Bill and Monica, their forbidden love, a subsequent

TITANIC VIDEO: In one part, Jack enjoys a good cigar.

Let's not go there.

TITANIC VIDEO: Rose gets to keep her jewelry. CLINTON VIDEO:

Monica's forced to return her gifts.

TITANIC VIDEO: Behind the scenes: Leonardo DiCaprio is

Clinton's approval rating is at 70%