Two drunks are walking along. One drunk says to the other, "What a beautiful night, look at the moon."
The other drunk stops and look at his drunk friend. "You are wrong, that's not the moon, that's the sun."
Both started arguing for a while when they come upon another drunk walking, so they stopped him. "Sir, could you please help settle our argument? Tell us what that thing is up in the sky that's shining. Is it the moon or the sun?"
The third drunk looked at the sky and then looked at them and said, "Sorry, I don't live around here."
#joke
Joke | Source: Joke Diary - Really Funny Jokes Daily

An applicant was being intervi...

An applicant was being interviewed for admission to a prominent medical school.

"Tell me," inquired the interviewer, "where do you expect to be ten years from now?"

"Well, let's see," replied the student. "It's Wednesday afternoon. I guess I'll be on the golf course by now."

The photographer for a nationa...

The photographer for a national magazine was assigned to get photos of a great forest fire. Smoke at the scene was too thick to get any good shots, so he frantically called his home office to hire a plane. "It will be waiting for you at the airport!" he was assured by his editor. As soon as he got to the small, rural airport, sure enough, a plane was warming up near the runway. He jumped in with his equipment and yelled, "Let's go! Let's go!" The pilot swung the plane into the wind and soon they were in the air. "Fly over the north side of the fire," said the photographer, "and make three or four low level passes." "Why?" asked the pilot. "Because I'm going to take pictures! I'm a photographer, and photographers take pictures!" said the photographer with great exasperation. After a long pause the pilot said, "You mean you're not the instructor?"
#joke
Joke | Source: A joke a day - Free Jokes of the Day Clean Funny Jokes via Email, Humor and Entertainment

Two golfing friends were about to tee off, when one fellow noticed that his partner had but one golf ball.
#joke #short
Joke | Source: jokes warehouse - Animal jokes, Blonde jokes, doctor jokes, drunk jokes and jokes of the day 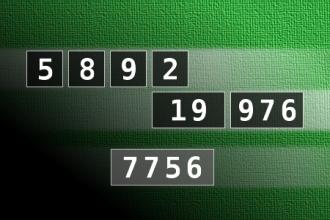 A noted professor was asked to...

A noted professor was asked to give a talk on "Sex". When he was introduced he stood up and said, "Ladies and gentlemen it gives me great pleasure..."

...and then sat down promptly.
#joke #short
Joke

Jeff: I had grandparents that were well into their 80s and still were having fun.
Walter: Their 80s? The hell kind of sex is that? Was it good for you? I dont remember. It was three minutes ago!, Who are you?!?.
#joke #short
Joke | Source: Comedy Central: Jokes - Jokes provided daily from Comedy Central's archive.

The woman applying for a job in a Florida lemon grove seemed way too qualified for the job.

Look Miss," said the foreman, "have you any actual experience in picking lemons?"

"Well, as a matter if fact, yes!" she replied. "I've been divorced three times."

What is pink and fluffy?

A Christian, a Moslem, and a Jewish man, all very pious, met

at an interfaith congress and got to talking about the

experiences that had lead to their religious devotion.

terrible storm over a remote wilderness area. "There was

lightening and thunder all around us. The pilot told us to

brace for the crash. I dropped to my knees and prayed to God

to save us. Then for a thousand feet all around us the wind

calmed and the rain stopped. We made it to the airport. And

since then my faith has never wavered."

The Moslem then told of a terrifying incident on his

pilgrimage to Mecca. "A tremendous sandstorm came up out of

nowhere, and within minutes my camel and I were almost

buried. Sure I was going to die, I prostrated myself toward

Mecca and prayed to Allah to deliver me. And suddenly, for a

thousand feet all around me, the swirling dust settled and I

was able to make my way safely across the desert. Since then

I have been the

most devout of believers."

Nodding respectfully, the Jewish man then told his story.

huge sack of money just lying there at the edge of the road.

It had clearly been abandoned, and I felt it was mine to take

home. But obviously this would have been a violation of the

Sabbath. So I dropped to my knees and prayed to Yahweh. And

suddenly, for a thousand feet all around me, it was Tuesday!"

70 - Texans turn on the heat and unpack the thermal underwear. People in Canada go swimming in the Lakes.

60 - North Carolinians try to turn on the heat. People in Canada plant gardens.

40 - Italian and English cars won't start. People in Canada drive with the windows down.

15 - Philadelphia landlords finally turn up the heat. People in Canada have the last cookout before it gets cold.

20 BELOW - Californians fly away to Mexico. People in Canada get out their winter coats.

40 BELOW - Hollywood disintegrates. The Girl Guides of Canada are selling cookies door to door.

60 BELOW - Polar bears begin to evacuate the Arctic. Canadian Boy Scouts postpone "Winter Survival" classes until it gets cold enough.

100 BELOW - Santa Claus abandons the North Pole.
Canadians get frustrated because they can't thaw the keg.

297 BELOW - Microbial life no longer survives on dairy products. Cows in Canada complain about farmers with cold hands.

460 BELOW - ALL atomic motion stops (absolute zero on the Kalvin scale). People in Canada start saying, "Cold 'nuff for ya?"

Joke | Old joke from joke of the day archives - Check out other old jokes Thursday, 23 October 2008

Be Quiet in Church

A Sunday school teacher asked her little children, as they

were on the way to church service, "And why is it necessary

to be quiet in church?"

One bright little girl replied, "Because people are

A dying man smells his favorite oatmeal raisin cookies cooking downstairs. It takes all the strength he has left but he gets up from the bed and crawls down the stairs. He sees the cookies cooling on the counter and staggers over to them. As he reaches for one, his wife's wrinkled hand reaches out, smacks his and she yells:

"No, you can't have those! They're for the funeral!"

A man walks into a store and he saw a thermos. The clerk walks up to him and asks, "May I help you with anything?"

The next day the man goes to work carrying this thermos. His co-workers ask him, "What's that!"

"Two popsicles and a cup of coffee."

The full article contains 35 words and appears in Edinburgh Evening News newspaper.
Page 1 of 1
Joke | Old joke from joke of the day archives - Check out other old jokes Thursday, 23 October 2008