A newly married sailor was informed by the Navy that he was going to be stationed a long way from home on a remote island in the Pacific for a year. A few weeks after he got there he began to miss his new wife, so he wrote her a letter.
"My love," he wrote "we are going to be apart for a very long time. Already I'm starting to miss you and there's really not much to do here in the evenings. Besides that we're constantly surrounded by young attractive native girls. Do you think if I had a hobby of some kind I would not be tempted? "
So his wife sent him back a harmonica saying, "why don't you learn to play this?"
Eventually his tour of duty came to an end and he rushed back to his wife. "Darling" he said, "I can't wait to get you into bed so that we make passionate love!"
She kissed him and said, "First let's see you play that harmonica."
#joke
Joke | Source: Joke Diary - Really Funny Jokes Daily

Hear about the female student ...

Hear about the female student of interpretation theory, who rejected her boyfriend because he had fleas?
#joke #short
Joke | Source: Pun Gents - Daily Jokes, One-liners, Groaners, Puns of the day :: Puns on Demand :: Punshine Girls and Boys!

The topic of a seventh-grade s...

The topic of a seventh-grade science class was Dolly, the sheep cloned in Scotland several years back.

"This is amazing," he said. "I had no idea sheep laid eggs."


#joke
Joke | Source: A joke a day - Free Jokes of the Day Clean Funny Jokes via Email, Humor and Entertainment 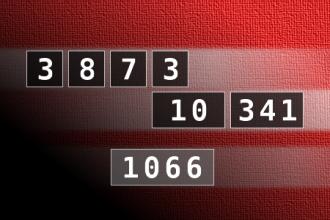 A young man couldnâ€™t decide which girl to marry. He liked one girl, but he really liked another one named Maria, too. He decided to ask his friend for advice. â€œHow do you make important decisions?â€ he asked his friend.
â€œWell, I go to church,â€ replied his friend. â€œThen I look up and pray and usually the answer just comes to me.â€
The young man decided to try just that. He went to church, looked up to pray, and the answer was written in gold above a stained-glass window.
It said: AVE MARIA
From "The Book of Church Jokes," published by Barbour Publishing, Inc., Uhrichsville, Ohio. Copyright 2009. Used by permission of Barbour Publishing, Inc.

A woman was out shopping one d...

A woman was out shopping one day with her son. The boy spotted a man who was bowlegged. The boy pulled on Mom's hand and said, "Momma, look at the bowlegged man."

Mom was mortified and told her son that it was not polite to point to a person and make that sort of comment. For punishment, the boy had to read a play by Shakespeare. He couldn't go shopping again until he finished reading the play.

Finally he finished and his mom took him once again to the mall. Again he spied a bowlegged man, but remembered what happened the last time. So he pulled on his mother's hand and said, "Lo, what manner of men are these, who wear their balls in parentheses?"
#joke
Joke

Dead in His Cornflakes

Q: Did you hear about the guy they found dead with his head in his cornflakes?
A: The police thought it was a cereal killer.
#joke #short
Joke | Source: Comedy Central: Jokes - Jokes provided daily from Comedy Central's archive.

Two elderly gentlemen from a r...

Two elderly gentlemen from a retirement center were sitting on a
bench under a tree when one turns to the other and says: 'Jack,
I'm 83 years old now and I'm just full of aches and pains.
I know you're about my age. How do you feel?

The Fate Of Marriages


Joke | Old joke from joke of the day archives - Check out other old jokes Wednesday, 29 October 2008

A man and wife were celebrating their 50-year anniversary, so the man bought his wife a $250 see-through nightgown.

Later that night she was getting ready for bed and realized the nightgown was still in the box downstairs. Walking naked through the house, she passed her husband who said, "My word, for $250 they could've at least ironed it!"

Spielberg really hoped to have the box office "oomph" of these superstars, so he was prepared to allow them to select the composers they would portray, as long as they among the most famous.

"Well," started Stallone, "I've always admired Mozart. I would love to play him."

"Chopin has always been my favorite, and my image would improve if people saw me playing the piano," said Willis. "I'll play him."

"I've always been partial to Strauss and his waltzes," said Seagal. "I'd like to play him."

Spielberg was very pleased with these choices. "Sounds splendid." Then, looking at Schwarzenegger, he asked, "Who do you want to be, Arnold?"

What's round and bad-tempered?...

What's round and bad-tempered?
A vicious circle.

Joke | Old joke from joke of the day archives - Check out other old jokes Wednesday, 29 October 2008

One day God was looking down at Earth and saw all the inappropriate behaviour that was going on.

He decided to send an angel down to Earth to check it out.

God thought for a moment and said, "Maybe I had better send down a second angel to get another opinion."

So God called another angel and sent him to Earth for a time.

When that angel returned he went to God and said, "Yes, it's true. The Earth is in decline; 95% are misbehaving and 5% are being good."

God was not pleased. So while he was debating what to do about the 95%

He decided to E-mail the 5% that were good to encourage them - give them a little something to help them keep going.

Do you know what that E-mail said?

I didn't get one either.