On a hot summer day an elderly gentleman faints in the street. A small crowd immediately gathers around him.
"Give the poor man a glass of brandy," advises a woman. "Give him a heart massage, " says someone else.
"No, just give him some brandy," insists the woman. "Call an ambulance,"
yells another person.
"A brandy!" The man suddenly sits up and exclaims. "Shut up, everybody,and do as the kind lady says!"
#joke
Joke | Source: Joke Diary - Really Funny Jokes Daily

Two Irishmen, Patrick & Michael, were adrift in a lifeboat following a dramatic escape from a burning freighter. While rummaging through the boat's provisions, Patrick stumbled across an old lamp. Secretly hoping that a genie would appear, he rubbed the lamp vigorously. To the amazement of Patrick, a genie came forth.r>r> This particular genie, however, stated that he could only deliver one wish, not the standard three. Without giving much thought to the matter, Patrick blurted out, "Make the entire ocean into Guinness!" The genie clapped his hands with a deafening crash, and immediately the entire sea turned into the finest brew ever sampled by mortals. Simultaneously, the genie vanished. r>r> Only the gentle lapping of Guinness on the hull broke the stillness as the two men considered their circumstances. Michael looked disgustedly at Patrick whose wish had been granted. After a long, tension-filled moment, he spoke: r>r> "Nice going Patrick! Now we're going to have to pee in the boat."
#joke
Joke | Source: Laughspot - Free Daily Jokes, Ecards, & Games

I can't stop talking about the apocalypse. Armageddon too old for that!
#joke #short
Joke | Source: Pun Gents - Daily Jokes, One-liners, Groaners, Puns of the day :: Puns on Demand :: Punshine Girls and Boys!

The first-time father, beside ...

The first-time father, beside himself with excitement over the birth of his son, was determined to do everything right.

"So, tell me, Nurse," he asked as his new family headed out the hospital door, "what time should we wake the little guy in the morning?"

A bar owner locked up his plac...

A bar owner locked up his place at 2 AM and went home to sleep. He had been in bed only a few minutes when the phone rang. â€œWhat time do you open up in the morning?â€ he heard an obviously inebriated man inquire.
The owner was so furious, he slammed down the receiver and went back to bed. A few minutes later there was another call and he heard the same voice ask the same question. â€œListen, the owner shouted, â€œthereâ€™s no sense in asking me what time I open because I wouldnâ€™t let a person in your condition inâ€”â€œ

Went to the doctor for my yearly physical.
The nurse starts with certain basics.
How much do you weigh?' she asks. '135,' I say.
The nurse puts me on the scale. It turns out my weight is 180.
The nurse asks, 'Your height?'
'5 feet 4",' I say.
The nurse checks and sees that I only measure 5'2".
She then takes my blood pressure and tells me it is very high. 'Of course it's high!' I scream, 'When I came in here I was tall and slender! Now I'm short and fat!'
She put me on Prozac. What a bitch. 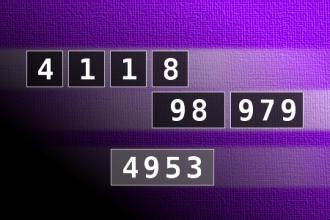 When the surgeon came to see Rita on the day after her operation, she asked him somewhat hesitantly just how long it would be before she could resume her sex life.

"Uh, I hadn't really thought about it" replied the stunned surgeon.

"You're the first one ever to ask that after a nose job...."

There was just a dog fight

A man walks into a bar one day and asks, "Does anyone here own that rottweiler outside?"

"Well, I think my chihuahua just killed him..."

"What are you talkin' about?!" the biker says, disbelievingly. "How could your little runt kill my rottweiler?"

"Well, it seems he got stuck in your dog's throat!"

A motorist gets caught in an automated speed trap that photographs his car.
He later receives a ticket in the mail for $40 with a photo of his car.
Instead of payment, he sends the police department a photograph of $40.
A few days later, he gets a letter from the police department with a picture of handcuffs.
#joke
Joke | Source: Comedy Central: Jokes - Jokes provided daily from Comedy Central's archive.

What's a bloke's idea of doing housework?
Lifting his leg so you can hoover.

A Texan farmer goes to Australia for a vacation. There he meets an Aussie farmer and gets talking. The Aussie shows off his big wheat field and the Texan says, "Oh! We have wheat fields that are at least twice as large".
Then they walk around the ranch a little, and the Aussie shows off his herd of cattle. The Texan immediately says, " We have longhorns that are at least twice as large as your cows".
The conversation has, meanwhile, almost died when the Texan sees a herd of kangaroos hopping through the field. He asked, "And what are those"?
The Aussie replies with an incredulous look, "Don't you have any grasshoppers in Texas"?
#joke
Joke | Old joke from joke of the day archives - Check out other old jokes Thursday, 14 May 2009

Last Saturday morning I got up...

Last Saturday morning I got up early, put on my long johns and dressed quietly. I made a lunch, grabbed the dog and went to the garage to hook up the boat to the truck and down the driveway I went.

Coming out of the garage rain is pouring down; it is like a torrential downpour. There is snow mixed in with the rain, and the wind is blowing 50 mph.

Minutes later, I returned to the garage. I came back into the house and turned the TV to the weather channel. I find it's going to be bad weather all day long, so I put the boat back in the garage, quietly undressed and slipped back into bed.

There I cuddled up to my wife's back, now with a different anticipation, and whispered, "The weather out there is terrible."

To which she sleepily replies,

"Can you believe my stupid husband is out there fishing?"
#joke
Joke | Old joke from joke of the day archives - Check out other old jokes Tuesday, 31 March 2009


A businessman on his deathbed called his friend and said, "Bill, I want you to promise me that when I die you will have my remains cremated."

"And what," his friend asked, "do you want me to do with your ashes?"

The businessman said, "Just put them in an envelope and mail them to the Internal Revenue Service. Write on the envelope, "Now, you have everything."


Joke | Old joke from joke of the day archives - Check out other old jokes Sunday, 18 January 2009

A woman who plays cards one night a month with a group of friends was concerned that she always woke up her husband when she came home around 11:30.

So she decided to be considerate and not rouse him this time. She undressed in the living room and, purse over arm, tiptoed nude into the bedroom, only to find him sitting up in bed, reading.

John & Marsha decided that the only way to pull off a Sunday afternoon quickie with their 8 year old son in the apartment was to send him out on the balcony with an ice-cream and tell him to report on all the neighborhood activities.

He began his commentary as his parents put their plan into operation: "There's a car being towed from the parking lot" he shouted.

A few moments passed. "An ambulance just drove by."

A few moments later, "Looks like the Anderson's have company" he called out.

"The Coopers are having sex!!" Startled, Mother and Dad shot up in bed!

Dad cautiously asked, "How do you know they are having sex?"

"Jimmy Cooper is standing out on his balcony with an ice-cream too."

Dick Cheney walks into the Oval Office and sees The President whooping and hollering.

"Nothing at all, boss. I just done finished a jigsaw puzzle in record time!" The President beamed.

"How long did it take you?"

Late one Friday in Dublin, a policeman spotted a man driving very erratically. He pulled the man over and asked him if he had been drinking that evening.

''Aye, so I have. 'Tis Friday, you know, so me and the lads stopped by the pub where I had six or seven pints. And then there was something called 'Happy Hour' and they served these mar-gar-itos which are quite good. I had four or five o' those. Then I had to drive me friend Mike home and o' course I had to go in for a couple of Guinness -- couldn't be rude, ye know. Then I stopped on the way home to get another bottle for later...'' And the man fumbled around in his coat until he located his bottle of whiskey, which he held up for inspection. The officer sighed, and said, ''Sir, I'm afraid I'll need you to step out of the car and take a breathalyzer test.''

â€œItâ€™s your account, darling,â€ Mother said as they arrived at the bank, â€œso you fill out the application.â€

Cathy was doing fine until she came to the space for â€œName of your former bank.â€