A married man was visiting his "girlfriend" when she requested that he shave his beard.
"Oh James, I like your beard, but I would really love to see your handsome face."
James replied, "My wife loves this beard, I couldn't possibly do it, she would kill me!!"
"Oh please?" the girlfriend asked again, in a sexy little voice...
"Oh really, I can't," he replies..."My wife loves this beard!!"
The girlfriend asked once more, and he sighs and finally gives in. That night James crawls into bed with his wife while she was sleeping.
The wife is awakened somewhat, feels his face and replies "Oh Michael, you shouldn't be here, my husband will be home soon!"
#joke
Joke | Source: Joke Diary - Really Funny Jokes Daily

There was a beautiful young blonde at a soda machine in Vegas, and she arrived there just before a business man coming to quench his thirst.
She opened her purse and put in 50 cents, studied the machine a short while, pushed a Diet Coke selection, and out came a Diet Coke. She placed it on a counter next to the machine.
Then she reached in her purse again and pulled out a dollar and inserted it in the machine. Studying the machine carefully, she pushed the button for Coke Classic and out came a Coke Classic and 50 cents change.
She immediately took the 50 cents and put it in the machine, studied it for a moment and pushed the Mountain Dew button. Out came a Mountain Dew. She placed them both on the counter next to the Diet Coke.
As she was reaching into her purse again, the business man, who'd been waiting patiently for several minutes by then, spoke up. "Excuse me, miss, but are you done yet?"
She looked at him and indignantly asked, "Well Duh! Can't you see I'm still winning?"
#joke #blonde
Joke | Source: Laughspot - Free Daily Jokes, Ecards, & Games

Amputees like to stretch. So they can feel limber.
#joke #short
Joke | Source: Pun Gents - Daily Jokes, One-liners, Groaners, Puns of the day :: Puns on Demand :: Punshine Girls and Boys!

"My uncle in Detroit tried to make a new kind of car. He took the engine from a Ford, the transmission from an Oldsmobile, the tires from a Cadillac, and the exhaust system from a Plymouth."

The local sheriff was looking for a deputy, so Gomer, who was not exactly the sharpest nail in the bucket, went in to try out for the job.
"Okay," the sheriff drawled, "Gomer, what is 1 and 1?"
"11" he replied.
The sheriff thought to himself, "That's not what I meant, but he's right. What two days of the week start with the letter 'T'?"
"Today and tomorrow."
The sheriff was again surprised that Gomer supplied a correct answer that he had never thought of himself.
"Now Gomer, listen carefully: Who killed Abraham Lincoln?"
Gomer looked a little surprised himself, then thought really hard for a minute and finally admitted, "I don't know."
"Well, why don't you go home and work on that one for a while?"
So, Gomer wandered over to the barbershop where his pals were waiting to hear the results of the interview. Gomer was exultant. "It went great! First day on the job and I'm already working on a murder case!"
#joke
Joke | Source: A joke a day - Free Jokes of the Day Clean Funny Jokes via Email, Humor and Entertainment

Sam and John were out cutting wood, when John accidentally cut his arm off. Sam, who was trained in first aid, remained calm and wrapped the arm in a plastic bag and then took it and John to a surgeon.
The surgeon said, "You're in luck! I'm an expert at reattaching limbs! Come back in four hours." So Sam came back in four hours and the surgeon said, "I got done faster than I expected. John is down at the local pub." Sam went to the pub and was amazed to see John throwing darts. "Wow" thought Sam, "that surgeon does excellent work"
A few weeks later, Sam and John were out again, and John accidentally cut his leg off. Sam put the leg in a plastic bag and took it, and John, back to the same surgeon. The surgeon said, "Legs are a little tougher, but I'll see what I can do - come back in six hours." Sam returned in six hours and the surgeon said, "I finished early - John's down at the soccer field." Sam went to the soccer field and there was John, kicking goals. "Wow" thought Sam "That surgeon is amazing"
A few weeks later, John had a terrible accident and cut his head off. Sam put the head in a plastic bag and took it and the rest of John to the surgeon. The surgeon said, "Gee, heads are really tough. Come back in twelve hours."
So Sam returned in twelve hours and the surgeon said, "I'm sorry, John died."
Sam said, "I understand - I know you tried your best. You are a very skilled surgeon but I'm sure heads are very tough."
The surgeon said, "Oh, no! It wasn't that, John suffocated in that plastic bag!" 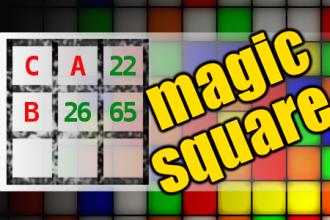 Q: What does a Hindu wish someone on their birthday?
A: May you have many happy returns.

Doctor: I have good news and bad news.

Doctor: You have 24 hours to live.

Patient: What!?! How about the bad news?

Doctor: Um... I forgot to tell you yesterday.
#joke #short #doctor
Joke | Source: Jokes of the day - Used to be Joke rating machine, but this site is dead

A Little Extra In The Soup....

Two missionaries in Africa were apprehended by a tribe of very hostile cannibals who put them in a large pot of water, build a huge fire under it, and left them there.A few minutes later, one of the missionaries started to laugh uncontrollably. The other missionary can't believe it!

He said, "What's wrong with you? We're being boiled alive! They're gonna eat us! What could possibly be funny at a time like this?"

The other missionary said, "I just peed in the soup!"

When the shrink began using sexual terms, she interrupted, "Wait, what is a phallic symbol?"

"Well," said the analyst, "The best way to explain it is to show you."

He stood up, unzipped his fly and took out his pecker.

"This is a phallus."

Q: Why is it so difficult to take a group photo of a bunch of West Virginians?
A: Because everytime the photographer yells “Cheese!” they all line up!
#joke #short
Joke | Source: Comedy Central: Jokes - Jokes provided daily from Comedy Central's archive.

Attending a wedding for the fi...

Attending a wedding for the first time, a little girl whispered to her mother,
"Why is the bride dressed in white?"
"Because white is the color of happiness and today is the happiest day of her life,"
" her mother tried to explain, keeping it simple.
The child thought about this for a moment, then said,
"So, why's the groom wearing black?"
#joke
Joke | Old joke from joke of the day archives - Check out other old jokes Friday, 22 May 2009

A guy walks into a clinic to have his blood type taken.

The nurse goes about taking the blood sample from his finger after finishing she looks around for a piece of cotton to wipe away the excess blood.

She can't find it so she looks innocently at the guy and takes his finger and sucks it.

The guy is so pleased he asks; "Do you think i could have a urine test done?"
#joke

Joke | Old joke from joke of the day archives - Check out other old jokes Thursday, 20 November 2008

My grandfather worked in a blacksmith shop when he was a boy, and he used to tell me, when I was a little boy myself, how he had toughened himself up so he could stand the rigors of blacksmithing.

One story was how he had developed his arm and shoulders muscles. He said he would stand outside behind the house and, with a 5-pound potato sack in each hand, he would extend his arms straight out to his sides and hold them there as long as he could.

Next, he started putting potatoes in the sacks.

â€œSuppose we open a savings account for you?%C Words That Don't Exist

Ramdumbtious - Cross between being rowdy and not too bright.

Rawtarian - A person that eats only raw foods.

Recomember - Recall, retain in the mind.

Refunable - Something you enjoyed so much you'd do it again.

once, but you think it is worth a second look.

much that you can't stop.

Richpublican - A Republican candidate for office.

Rundezvous - Running late for a meeting.


Hello, this is the Computer Music Research Institute of Portland, Oregon. We can't take your call at the moment, but we would like you to leave a critique of one of our current works in progress. BEEP


Joke | Old joke from joke of the day archives - Check out other old jokes Thursday, 20 November 2008

What do you call it

What do you call it when a blonde dies her hair brunette? Artificial intelligence.
#joke #short #blonde
Joke | Old joke from joke of the day archives - Check out other old jokes Thursday, 20 November 2008