The Queen of England was showing the Archbishop of Canterbury around the Royal Stables when one of the stallions close by farted so loudly it couldn't be ignored.
'Oh dear,' said the Queen, 'How embarrassing. I'm frightfully sorry about that.'
'It's quite understandable,' said the archbishop, and after a moment added, 'as a matter of fact I thought it was the horse.'
#joke
Joke | Source: Joke Diary - Really Funny Jokes Daily

A Guy was staying in a fancy hotel and was enjoying the pool when the manager told him quite bluntly to get out. When asked for the reason, the manager said, "Because you peed in the pool."
"Well," replied the swimmer, "lots of people do that."
"True," answered the manager, "but you did it from the diving board."
#joke
Joke | Source: Laughspot - Free Daily Jokes, Ecards, & Games

Newspapers are going green. In...

A man walks into a restaurant ...

A man walks into a restaurant and is shown to his seat by the hostess. The waiter approaches and asks, "Would you like to try our house special?â€ The man replies, "No, just bring me a steak, and make it lean". The waiter, somewhat puzzled, looks at him and replies, "which way?"
#joke #short
Joke | Source: A joke a day - Free Jokes of the Day Clean Funny Jokes via Email, Humor and Entertainment

What was Elin doing out at 2.30 in the morning? Clubbing
Why did Tiger crashed into a fire hydrant AND a tree? He couldnâ€™t decide between a wood and an iron.
Why did Phil Mickelson call Elin yesterday? To pick up some tips on how to beat Tiger.
What is the penalty for getting it in the wrong hole? Ask Tiger, he knows.
Whats the difference between a golf ball and a caddy? Tiger can drive a golf ball.
It turns out that fixing Tigerâ€™s game and fixing his marriage both require the same thing: better control over his putz.
Why was Tigerâ€™s wife mad at him? She heard that he played a-round in Australia.
What will the headline be if they prove it is domestic violence? TIGERâ€™S WIFE MAKES THE CUT
Tiger just changed his nickname but still kept it in the cat family. Cheetah.
What do Tiger and the Beatles have in common? They both experienced a hit with Norwegian Wood.
What does Tiger have in common with a baby seal? Theyâ€™ve both been clubbed by a Norwegian. 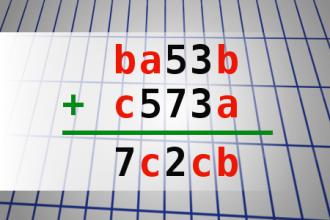 "Mildred, shut up" cried the golfer at his nagging wife, "Shut up or you'll drive me out of my mind."

"That," said Mildred, "wouldn't be a drive, it would be a short putt."
#joke #short
Joke

A hot babe goes into a bar and orders a sex on the beach. She notices a slick dude at the end of the bar with a very prominent feature. Hi big guy, she says, batting her eyelashes. Oh hello, beautiful, he says stepping closer to her. I couldnt help but notice what big feet you have, as a look of wonderment spreads across her face. You know what that means... he coos. Yes, trouble for the ants, she says.
#joke
Joke | Source: Comedy Central: Jokes - Jokes provided daily from Comedy Central's archive.

Spell A Word To Get Into Heaven

A guy goes to the gates of heaven where he meets St. Peter. St. Peter says to him "God has looked at your book of life and you are welcome in heaven under one condition"

St. Peter says "You must spell the word 'Love'." So he does and he is let in to heaven. As he gets in, St. Peter's beeper goes off. He tells the man to watch the gate until he returns, and reminds him that he must ask whoever comes to spell the word. Next thing you know, his wife show up at the gate and he asks her what she is doing there?

She says that on the way home from the funeral, there was an accident and she died. The husband says alright, but you do have to spell one word first before you come in to heaven.


A witch joke
Why do witches scratch themselves all the time?
Because they're the only ones who know where a witch itches!

A vampire joke
Do you know that Dracula wants to be a comedian?
He's still looking for a crypt writer though!

A werewolf joke
What do you call an extinct hairy beast?
A were-wolf!

A ghost joke
Where do mummies go if they want to swim?
The Dead Sea!

A werewolf joke
What happens if you cross a werewolf and a sheep?
You have to get a new sheep!

A vampire joke
Why are vampire families so close?
Because blood is thicker than water!

A werewolf joke
What is fearsome, hairy and drinks from the wrong side of a glass?
A werewolf with hiccups!

Oscar drove his brand new Mercedes to his favorite sporting goods store. He parked it outside and went in to do a little perusing with Jan, his regular sales woman.

Jan was a pretty blonde, and as Oscar walked into the store, she happily greeted him. But he requested to look around alone today before he needed her help. She obliged and let him do his thing.

Five minutes later, Jan came running up to him yelling, "Oscar! Oscar! I just saw someone driving off with your new Mercedes!"

"No," she said, "I did better than that! I got the license plate number!"

The Lord Is on the Phone

A Catholic priest, a Lutheran minister and an Evangelical preacher are arguing about religion one day when the phone rings.
The priest gets up to answer it. After listening for few moments, he says, â€œYes, I will pass on the news,â€ and hangs up.
Turning to the others, he says, â€œI have good news and bad news.â€
"Really? Do tell,â€ the minister says.
"My friends,â€ the priest announces, "that was the Lord Jesus on the phone, and he was calling to say heâ€™s back."
"Glory be!â€ shouts the preacher. â€œWhat could possibly be bad news now?â€
"Well,â€ the priest says, â€œHe was calling from Salt Lake City.â€
- Joke shared by Beliefnet member mytmouse57

It was the kindergarten teache...

Three Chairs for the Baptists

A Methodist minister meets three Baptist deacons on the golf

invites them to come to his church some Sunday. Not too many

weeks thereafter and just as services are starting, they show

Attendance was good in the small Methodist church and there

folding chairs. When the minister, just starting the service,

enter, he leaned down from the pulpit and whispered to the

"Please get three chairs for my Baptist friends in the

The usher, hard of hearing, leaned closer and said, "I beg

"Get three chairs for my Baptist friends," repeated the

minister. The usher strained closer with a puzzled look still

Once more the minister tried, speaking slowly and

For the Baptists," he enunciated.

The usher's face lit up in comprehension, and he turned to

congregation. "All right, everybody," he called out to the

worshipers. "Three cheers for the Baptists!"

"What time does the library op...

"What time does the library open?" the man on the phone asked.
"9am," came the reply. "And what's the idea of calling me at home in the middle of the night to ask a question like that?"

"Not until 9am?" the man asked in a disappointed voice.

Joke | Old joke from joke of the day archives - Check out other old jokes Saturday, 06 December 2008

Guy: "So what do you do for a living?"
Gal: "Female impersonator."

Guy: "How do you like your eggs in the morning?"
Gal: "Unfertilized, go away!"

A graying man in his 60's approaches a twenty-something with "Where have you been all my life?" She took one glance at him and said, "For the first half of it, I probably wasn't born yet."

Two young dudes are striding down the street and one glances at a girl who has just walked by. She turns around and sneers at him, "What are you looking at?" His friend comes to the rescue: "He thought you were good looking. Man, was he was mistak

Gal:"Sorry, I don't date outside my species."

Top Ten Signs Bush Might Be Getting Ready To Dump Cheney

9. Latest bumper stickers read: "vote for Bush and (to be determined)"

8. CIA says it has indisputable evidence that Cheney will remain on the ticket

7. Cheney's been asking crooked oil companies if they have any job openings

6. All the white house defibrillator stations have been removed

3. Rumsfeld keeps jumping out at him from behind doors yelling, "boo!"

2. As with all major decisions, he's asked Cheney to figure out the best way to terminate the Vice President

1. Bush asked his dad if he still has Quayle's number
#joke

Joke | Old joke from joke of the day archives - Check out other old jokes Saturday, 06 December 2008

Marriage is a three-ring circu...