Two venerable citizens were talking about King Solomon.
"That old Solomon, he was a mighty wise King," mused one of them. "All those wives and concubines; you know sometimes I wonder how he arranged to provide the necessary food for all those women."
"How he fed all those women doesn't interest me," said the second man, "I just wonder what he was eating himself."
#joke
Joke | Source: Joke Diary - Really Funny Jokes Daily

A Congressman was once asked a...

A Congressman was once asked about his attitude toward whiskey.

"If you mean the demon drink that poisons the mind, pollutes the body, desecrates family life, and inflames sinners, then I'm against it."

"But if you mean the elixir of Christmas cheer, the shield against winter chill, the taxable potion that puts needed funds into public coffers to comfort little crippled children, then I'm for it."

"This is my final position, and I will not compromise!"

An Irishman goes into the confessional box after years of being away from the Church.
There's a fully equipped bar with Guinness on tap. On the other wall is a dazzling array of the finest cigars and chocolates.
Then the priest comes in. "Father, forgive me, for it's been a very long time since I've been to confession, but I must first admit that the confessional box is much more inviting than it used to be."
The priest replies: "Get out. You're in my side." When I saw a wicker furniture ...

When I saw a wicker furniture outlet in Copenhagen, I knew there was something ratan in the state of Denmark.
#joke #short
Joke | Source: Pun Gents - Daily Jokes, One-liners, Groaners, Puns of the day :: Puns on Demand :: Punshine Girls and Boys!

Political Correctness as most ...

Political Correctness as most of us realize is the biggest joke of the century.
#joke #short
Joke | Source: A joke a day - Free Jokes of the Day Clean Funny Jokes via Email, Humor and Entertainment 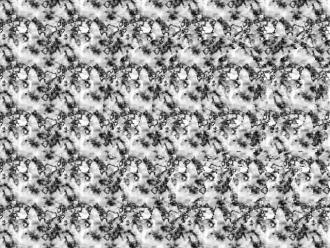 I pray for:
Wisdom, To understand a man.
Love, To forgive him and;
Patience, For his moods.
Because, Lord, if I pray for Strength
I'll just beat him to death
#joke #short
Joke | Source: Jokes of the day - Used to be Joke rating machine, but this site is dead

Ant And A Grasshopper

Remember, there are three religious truths:

1. Jews do not recognize Jesus as the Messiah.

2. Protestants do not recognize the Pope as the leader of the Christian church.

3. Baptists do not recognize each other in the liquor store or at Hooters

An angel appears at a faculty meeting and tells the dean that in return for his unselfish and exemplary behavior, the Lord will reward him with his choice of infinite wealth, wisdom, or beauty.

"Done!" says the angel, and disappears in a cloud of smoke and a bolt of lightning.

Now, all heads turn toward the dean, who sits surrounded by a faint halo of light.

One of his colleagues whispers, "Say something."

The dean sighs and says, "I should have taken the money."

A defense attorney was cross-examining a police officer during a felony trial --it went like this:

Q: Officer, did you see my client fleeing the scene?

A: No sir, but I subsequently observed a person matching the description of the offender running several blocks away.

Q: Officer, who provided this description?

A: The officer who responded to the scene.

Q: WITH YOUR LIFE? Let me ask you this then officer--do you have a locker room in the police station--a room where you change your clothes in preparation for your daily duties?

Q: And do you have a locker in that room?

Q: And do you have a lock on your locker?

Q: Now why is it, officer, IF YOU TRUST YOUR FELLOW OFFICERS WITH YOUR LIFE, that you find it necessary to lock your locker in a room you share with those officers?

A: You see sir, we share the building with a court complex, and sometimes defense attorneys have been known to walk through that room.

A Cut Above The Rest

A Cut Above The Rest

A teacher noticed that a little boy at the back of the class was squirming around, scratching his crotch and not paying attention.

She went back to find out what was going on.

He was quite embarrassed and whispered that he had just recently been circumcised and he was quite itchy.

The teacher told him to go down to the principal's office. He was to phone his mother and ask her what he should do.

He returned to his class.

Suddenly, there was a commotion at the back of the room.

The teacher went back to investigate only to find him sitting at his desk with his penis hanging out. "I thought I told you to call your Mum!" she said.

A young blonde girl goes to the doctor for a physical.

The doctor puts his stethoscope up to the girl's chest and says, 'Big breaths...'

The girl replies, 'Yeth and I'm not even thixteen.'
#joke #short #blonde #doctor

Joke | Old joke from joke of the day archives - Check out other old jokes Thursday, 11 December 2008

What Will You Do For Golf?

First Guy: "Man, you have no idea what I had to do to be able to come out golfing this weekend. I had to promise my wife that I will paint every room in the house next weekend."

Second Guy: "That's nothing, I had to promise my wife that I will build her a new deck for the pool."

Third Guy: "Man, you both have it easy! I had to promise my wife that I will remodel the kitchen for her."

They continue to play the hole when they realized that the fourth guy has not said a word. So they ask him. "You haven't said anything about what you had to do to be able to come golfing this weekend. What's the deal?"

Fourth Guy: "I don't want to talk about it. Let's just say that the foundation for the new house is being poured next Tuesday."

Joke | Old joke from joke of the day archives - Check out other old jokes Thursday, 11 December 2008