Dad to His Family: The Phone bill is exceptionally high, you have to limit its use. I don't use this telephone. I use the one a the office.

Mum: Same here, I hardly use this phone as I use my work telephone.

Son: Me too, I never use the home telephone. I always use my company mobile.

Maid: So whats the problem? We all use our work telephones!

A man is driving along a highway and sees a rabbit jump out across the middle of the road. He swerves to avoid hitting it, but unfortunately the rabbit jumps right in front of the car. The driver, a sensitive man as well as an animal lover, pulls over and gets out to see what has become of the rabbit. Much to his dismay, the rabbit is dead. The driver feels so awful that he begins to cry.
A beautiful blonde woman driving down the highway sees a man crying on the side of a road and pulls over. She steps out of the car and asks man what's wrong. "I feel terrible," he explains, "I accidentally hit this rabbit and killed it."
The blonde says, "Don't worry." She runs to her car and pulls out a spray can. She walks over to the limp, dead rabbit, bends down, and sprays the contents onto the rabbit. The rabbit jumps up, waves its paw at the two of them and hops off down the road. Ten feet away the rabbit stops, turns around and waves again, he hops down the road another 10 feet, turns and waves, hops another ten feet, turns and waves, and repeats this again and again and again, until he hops out of sight.
The man is astonished. He runs over to the woman and demands, "What is in that can? What did you spray on that rabbit?"
The woman turns the can around so that the man can read the label. It says, "Hair Spray - Restores life to dead hair, adds permanent wave."

A very successful businessman had a meeting with his new son-in-law. "I love my daughter, and now I welcome you into the family," said the man. "To show you how much we care for you, I'm making you a 50-50 partner in my business. All you have to do is go to the factory every day and learn the operations."
The son-in-law interrupted, "I hate factories. I can't stand the noise."
"I see," replied the father-in-law. "Well, then you'll work in the office and take charge of some of the operations."
"I hate office work," said the son-on-law. "I can't stand being stuck behind a desk all day."
"Wait a minute," said the father-in-law. "I just make you half-owner of a moneymaking organization, but you don't like factories and won't work in a office. What am I going to do with you?"
"Easy," said the young man. "Buy me out."

Funny Photo of the day - Aww. But thanks for trying. Aww. But thanks for trying. | Source : Fail blog - Epic Fail Pictures and Videos of Owned, Pwnd and Fail Moments 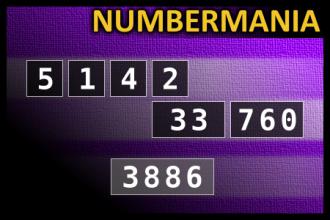 An optometrist was instructing...

An optometrist was instructing a new employee on how to charge a customer. â€œAs you are fitting her glasses, if she asks how much they cost, you say â€˜$150.â€™ â€œIf her eyes donâ€™t flutter, say, â€˜For the frames. The lenses will be $100.â€™ â€œIf her eyes still donâ€™t flutter, you add, â€˜Each.â€™â€
#joke
Joke | Source: A joke a day - Free Jokes of the Day Clean Funny Jokes via Email, Humor and Entertainment

Three college friends, one each from the Universities of Oxford, Cambridge and Loughborough, decided to pool their funds and go to the Olympics in Barcelona. The airfare and hotel rates ate up most of their money so they didn't have enough to get into the stadium to see the events.
So they stood around the gate
#joke
Joke

Walking down the street, a man hears a voice: Stop! If you take one more step, a brick will fall down and kill you.
The man stopped; a big brick fell in front of him. The astonished man continued walking to the cross walk.
The voice shouted, Stop! If you take one more step, a car will run over you and you will die.
The man stood still; a car came careening around the corner, barely missing him.
Where are you? the man asked. Who are you?
I am your guardian angel, the voice answered.
Oh yeah? the man asked. Where the hell were you when I got married last week?
#joke
Joke | Source: Comedy Central: Jokes - Jokes provided daily from Comedy Central's archive.

Q: What do you call a boomerang that doesn't come back?

One day, shortly after the birth of their new baby, the mother had to go out to run some errands.

The proud papa stayed home to watch his wonderful new son. Soon after the mother left, the baby started to cry.

The father did everything he could think of doing, but the baby wouldn't stop crying.

Finally, the dad got so worried that he decided to take the infant to the doctor.

After the doctor listened to the father relate all that he had done to get the baby to stop crying, the doctor began to examine the baby's ears, chest and then down to the diaper area.

When he undid the diaper, he found that the diaper was indeed full.

The father was very perplexed, "But the diaper package says it is good for up to 10 lbs.!"

What do you get if you cross a centipede and a parrot?
A walkie-talkie.

Studying Up for the Big Test

"Why do you keep reading the Bible everyday?" the teenage girl asked her grandfather.
"Well, it's a bit like cramming for your final exam," said Granddad.

Window's vs. The Titanic...

When Bill Gates died, he went up to Heaven, where Saint Peter showed him to his house; a beautiful 20 room house, with grounds and a tennis court. Bill Gates was pleased, and spent many months enjoying the amenities of Heaven.

One day, he was enjoying one of Heaven's many fine parks, when he ran into a man dressed in a fine tailored suit.

"Actually," the man replied, "I was given a hundred of these when I got here. I've been treated really well. I got a mansion on a hill overlooking a beautiful hill, with a huge five-hundred acre estate, a golf course, and three Rolls Royces."

"Were you a Pope, or a doctor healing the sick?" asked Gates.

"No," said his new friend, "Actually, I was the captain of the Titanic."

Hearing this made Gates so angry that he immediately stalked off to find St. Peter.

Cornering Peter, he told him about the man he had just met, saying, "How could you give me a paltry new house, while you're showering new cars, a mansion, and fine suits on the Captain of the Titanic? I invented the Windows operating system! Why does he deserve better??!!!!"

"Yes, but we use Windows," replied Peter, "and the Titanic only crashed once."

If they failed, they would be on academic probation and not allowed to play in the Sugar Bowl the following week.

The exam was fill-in-the-blank.

Bubba was stumped. He had no idea of the answer. He knew he needed to get this one right to be sure he passed.

Making sure the professor wasn't watching, he tapped Tiny on the shoulder.

"Pssst. Tiny. What's the answer to the last question?"

Tiny laughed. He looked around to make sure the professor hadn't noticed then he turned to Bubba.

"Bubba, you're so stupid. Everyone knows Old MacDonald had a farm."

He picked up his No. 2 pencil and started to write the answer in the blank.

He stopped. Reaching to tap Tiny's shoulder again, he whispered, "Tiny, how do you spell farm?"

Joke | Old joke from joke of the day archives - Check out other old jokes Saturday, 27 December 2008

Why are some fish at the bottom of the ocean? Because they dropped out of school!

Joke | Old joke from joke of the day archives - Check out other old jokes Saturday, 27 December 2008

A nun teaching Sunday school was speaking to her class one morning and she asked the question, "When you die and go to Heaven, which part of your body goes first?"

Suzy raised her hand and said, "I think it's your hands."

"Why do you think it's your hands, Suzy?"

Suzy replied, "Because when you pray, you hold your hands together in front of you and God just takes your hands first."

"What a wonderful answer!" the nun said.

Little Johnny raised his hand and said, "Sister, I think it's your legs."

She looked at him with confusion. "Now, Little Johnny, why do you think it would be your legs?"

"Well, I walked into Mommy and Daddy's bedroom the other night. Mommy had her legs straight up in the air and she was saying, 'Oh God, I'm coming!' If Dad hadn't pinned her down, we'd have lost her."