A guy says, "I remember the first time I used alcohol as a substitute for women."
"Yeah what happened?" asked the other.
The first guy replies, "Well, I got my penis stuck in the neck of the bottle."
#joke #short
Joke | Source: Joke Diary - Really Funny Jokes Daily

Judi was walking by the jewelr...

Judi was walking by the jewelry store one day in the midtown mall. She saw a diamond bracelet that she really liked. In the store she went.

"Excuse me," she said to the sales lady behind the counter, "Will a small deposit hold that bracelet until my husband does something unforgivable?"

The following is a true story.

Two weeks later, his mother had her friends over for a game of bridge. The boy points to an obviously pregnant woman and says, "Ah, ha! I know what you've been doing!"

French humour is so Sarkozstic... Emower Gets A Jaunty Paint Job For Extra Humiliation | Source : There I fixed it - photos of ur handiwork!

A defendant was asked if he wa...

A defendant was asked if he wanted a bench trial or a jury trial. “Jury trial,” the defendant replied. “Do you understand the difference?” asked the judge. “Sure,” replied the defendant. “That’s where twelve ignorant people decide my fate instead of one.”
#joke #short
Joke | Source: A joke a day - Free Jokes of the Day Clean Funny Jokes via Email, Humor and Entertainment

Three blondes were taking a wa... 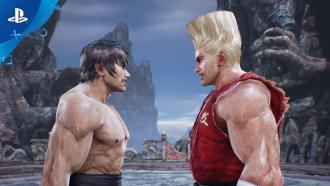 John decided to go skiing with his buddy, Keith. So they loaded up John's minivan and headed north.
After driving for a few hours, they got caught in a terrible blizzard. So they pulled into a nearby farm and asked the attractive lady who answered the door if they could spend the night.
'I realize its terrible weather out there and I have this huge house all to myself, but I'm recently widowed,' she explained. 'I'm afraid the neighbours will talk if I let you stay in my house.'
'Don't worry,' John said. 'We'll be happy to sleep in the barn. And if the weather breaks, we'll be gone at first light.' The lady agreed, and the two men found their way to the barn and settled in for the night.
Come morning, the weather had cleared, and they got on their way. They enjoyed a great weekend of skiing.
But about nine months later, John got an unexpected letter from an attorney. It took him a few minutes to figure it out, but he finally determined that it was from the attorney of that attractive widow he had met on the ski weekend.
He dropped in on his friend Keith and asked, 'Keith, do youremember that good-looking widow from the farm we stayed at on our ski holiday up north about 9 months ago?'
'Yes, I do.' Said Keith.
'Did you, err, happen to get up in the middle of the night, go up to the house and pay her a visit?'
'Well, um, yes!' Keith said, a little embarrassed about being found out, 'I have to admit that I did.'
'And did you happen to give her my name instead of telling her your name?'
Keith's face turned beet red and he said, 'Yeah, look, I'm sorry, buddy. I'm afraid I did.' 'Why do you ask?'
'She just died and left me everything.'
(And you thought the ending would be different, didn't you? you know you smiled...now keep that smile for the rest of the day!)

Mozart Beyond the Grave

When Mozart passed away, he was buried in a churchyard. A couple days later, the town drunk was walking through the cemetery and heard some strange noise coming from the area where Mozart was buried.
Terrified, the drunk ran and got the priest to come and listen to it. The priest bent close to the grave and heard some faint, unrecognizable music coming from the grave. Frightened, the priest ran and got the town magistrate.
When the magistrate arrived, he bent his ear to the grave, listened for a moment, and said, "Ah, yes, that's Mozart's Ninth Symphony, being played backwards."
He listened a while longer, and said, "There's the Eighth Symphony, and it's backwards, too. Most puzzling."
So the magistrate kept listening; "There's the Seventh... the Sixth... the Fifth..."
Suddenly the realization of what was happening dawned on the magistrate; he stood up and announced to the crowd that had gathered in the cemetery, "My fellow citizens, there's nothing to worry about. It's just Mozart decomposing."

A female TV reporter from RTE ...

A female TV reporter from RTE went to interview Seamus Feeney, a farmer from Galway, about Mad Cow disease.

Herself: Good evening Sir, we are here to collect information about the reasons behind Mad Cow Disease. Do you have any idea what might be the reason?

Seamus stared at the reporter and said, "Do you know that the bull rides that cow once a year?

The Lady (getting embarrassed): "Well sir, that's a new piece of information, but what's the relation between this phenomenon and Mad Cow Disease"?

Seamus: Well now Madam, do you know that we milk the cow four times a day?

The Lady: Sir, this is really valuable information, but what about getting to the point?

The Farmer: I'm getting to the point Madam. Just imagine, if I was playing with your tits four times a day and only riding you once a year, wouldn't you get mad yourself?
#joke
Joke

Drunk on a bus

A drunk gets on a transit bus. The driver, impatient while the drunk fumbles in his pocket for change, drives off. As the bus starts rolling, the drunk reacts to the sudden movement by stumbling all the way to the back of the bus. The bus stops at the next stop. He reacts by stumbling to the front of the bus. Still the man is fumbling in his pockets for change. The bus jerks forward once again, and the drunk stumbles uncontrollably to the back of the bus. Next stop, the same thing happens. Every time the bus stops, the man would stagger to the front. Every time the bus starts, he staggers uncontrollably to the back. A few stops later the drunk exits the the bus from the front.

Are you interested in making $$$$ fast? Here's an incredibly simple way to do it and there is nothing to buy, no investment to make, no money to lose!

2. Hold down the shift key.

I only have eyes for you. Glowing grey, milky, dead eyes.


On the other hand, you have different fingers.
"I love cats...they taste just like chicken"
"Laugh alone and the world thinks you're an idiot."
"Jack Kevorkian for White House Physician"
"I want to die in my sleep like my grandfather.... Not screaming and yelling like the passengers in his car...."
"Your kid may be an honor student but you're still an IDIOT!"
"I souport publik edekasion"
"We are Microsoft. Resistance Is Futile. You Will Be Assimilated."
"Ever stop to think, and forget to start again?"
"Auntie Em: Hate you, Hate Kansas, Taking the dog. -Dorothy."

The old man says without hesitation, "I now pronounce you man and wife."
#joke
Joke | Old joke from joke of the day archives - Check out other old jokes Thursday, 05 February 2009

The last time politics was mixed with religion, people were

burned at the stake.