A man and a little boy entered a barbershop together. After the man received the full treatment: shave, shampoo, manicure and haircut, he placed the boy in the chair. Then he said, "I'm going to buy a green tie to wear for the parade. I'll be back in a few minutes."

When the boy's haircut was completed and the man still hadn't returned, the barber said, "Looks like your daddy's forgotten all about you."

A woman was unhappy with the way her laundry was done at the local Chinese Laundry, so she wrote a note and put it in the bag with the
next collection of soiled clothes :
"USE MORE SOAP ON PANTIES!"
She got the clean laundry back, and was still dissatisfied with the results, so the following week she enclosed another note:
"USE MORE SOAP ON PANTIES!"
The Chinese laundryman became very annoyed, and when her clean laundry was delivered, it contained a note from HIM:
"I USE PLENTY SOAP ON PANTIES!!! USE MORE PAPER ON ASS!!"

The inventor of women's ...

The inventor of women's underwear should be in our panteon of heroes.
#joke #short
Joke | Source: Pun Gents - Daily Jokes, One-liners, Groaners, Puns of the day :: Puns on Demand :: Punshine Girls and Boys! Close Your Eyes And Rest Your Head | Source : This is Photobomb - Photojackers of the World Unite!

When the usher noticed a man s...

When the usher noticed a man stretched across three seats in the movie theater, he walked over and whispered "Sorry sir, but you are allowed only one seat." The man moaned but didn't budge. "Sir," the usher said more loudly, "if you don't move, I'll have to call the manager." The man moaned again but stayed where he was. The usher left and returned with the manager, who, after several attempts at dislodging the fellow, called the police. The cop looked at the reclining man and said, "All right, what's your name, joker?" "Joe", he mumbled. "And where are you from, Joe?" Joe responds painfully, "The balcony!"
#joke
Joke | Source: A joke a day - Free Jokes of the Day Clean Funny Jokes via Email, Humor and Entertainment

After making love, the woman s...

After making love, the woman said the man, "So, you're a doctor?"
"That's right," replied the doctor smugly. "Betcha don't know what kind of doctor."
"Ummm...I'd say that you're an anesthesiologist."
"Yep, that's right! Good guess! How did you know?" asked the guy.
"Because throughout the entire procedure, I didn't feel a thing.
#joke #doctor
Joke | Source: Jokes of The day - Used to be - Australian Joke of the day - site changed purpose and no longer serves jokes 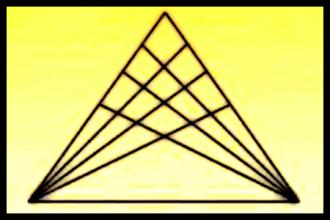 An elderly man was walking thr...

An elderly man was walking through the French countryside, admiring the beautiful spring day, when over a hedgerow he spotted a young couple making love in a field. Getting over his initial shock he said to himself, "Ah, young love... ze spring time, ze air, ze flowers... C'est magnifique!" and continued to watch, remembering good times.

Suddenly he drew in a gasp and said, "Mais... Sacre bleu! Ze woman - she is dead!" and he hurried along as fast as he could to the town to tell Jean, the police chief. He came, out of breath, to the police station and shouted, "Jean...Jean zere is zis man, zis woman ... naked in farmer Gaston's field making love."

"Mais non! You do not understand; ze woman, she is dead!"

Hearing this, Jean leapt up from his seat, rushed out of the station, jumped on his bike, pedaled down to the field, confirmed Henri's story, and pedaled all the way back non-stop to call the doctor.

"Pierre, Pierre, ... this is Jean, I was in Gaston's field; zere is a young couple naked 'aving sex "

To which Pierre replied, "Jean, I am a man of science. You must remember, it is spring, ze air, ze flowers, Ah, L'amour! Zis is very natural."

Jean, still out of breath, grasped in reply, "NON, you do not understand; ze woman, she is dead!"

Hearing this, Pierre exclaimed, "Mon dieu!" grabbed his black medicine bag; stuffed in his thermometer, stethoscope, and other tools; jumped in the car; and drove like a madman down to Gaston's field. After carefully examining the participants he drove calmly back to Henri and Jean, who were waiting at the station.

He got there, went inside, smiled patiently, and said, "Ah, mes amis, do not worry. Ze woman, she is not dead, she is British"
#joke #doctor
Joke | Source: Jokes of the day - Used to be Joke rating machine, but this site is dead

Time sensitive note: This joke pertains to the crash of a Chinese plane into a United States plane over International waters. China demanded an apology from us and stole technology from our plane when it was forced to make an emergency landing in Chinese lands.
China blames U.S. for second mid-air collision!
Beijing (Reuters) - Chinese officials have stated they are holding the United States,â Fully responsible" for todayâs mid air collision, involving several Chinese aircraft and one American aircraft. This comes just weeks after a similar incident involving a U.S. spy plane.
Officials have stated that at approximately 8:46am, GMT, a squadron of F-8 fighters collided with the American Goodyear Blimp. The crash left over a dozen Chinese fighters downed and the blimps electronic billboard damaged.
A Chinese pilot who witnessed the collision involving his squadron, nicknamed "Panda Rash", told China's news agency that he saw the American blimp dive out of the clouds and onto wingman Thee Sum Yun Dork's f-8 jet.
"I told Thee Dork his tail was all broken. Keep it straight. Keep it straight." said the pilot "He could not shake the American foreign-devil" The blimp reportedly then veered left then right, taking out the rest of the squadron.
Pilot Chawp Sueey told Xinhua the American blimp " Fully responsible for the incident" repeating the language Beijing had used in the earlier incident.
China blames this new accident on the Goodyear blimp, saying it rammed the supersonic fighters, and has demanded an apology.
Officials from the Goodyear Company have said it is unlikely that the slow propeller driven blimp could turn inside and ram a dozen nimble fighters unless the Chinese were testing chimp pilots.
"The direct cause of the collision was that the American blimp made a sudden big move toward the Chinese planes, making it impossible for the Chinese planes to get out of the way. The savage act of American blimps colliding with Chinese planes while conducting spying missions at sporting events makes us indignant" Chawp Sueey was quoted as saying.
Chinese officials are calling for an apology from the United States and enough Goodyear tires to replace the Firestone's that experienced spontaneous combustion last year.

Why is food better than men?

Because you don't have to wait an hour for seconds.

A Doctor recently had a patient "drop" in on him for an unscheduled appointment. "What can I do for you today?" the Doctor asked.

The aged Gentleman replied, "Doctor, you must help me. Every time I make love to my wife, my eyes get all bleary, my legs go weak, I can hardly catch my breath. . . . doctor, I'm very concerned!"

The doctor, looking at his 86 year old patient, said,: "Mr. Smith, these sensations tend to happen over time, especially to a man of your advanced years, but tell me, when did you first notice these symptoms?"


These are actual newspaper headlines gathered from papers across the country.
Killer Sentenced to Die for Second Time in 10 Years
Never Withhold Herbes Infection from Loved One
Drunken Drivers Paid $1000 in '84
War Dims Hope for Peace
If Strike Isn't Settled Quickly, It May Last a While
Cold Wave Linked to Temperatures
Enfields Couple Slain; Police Suspect Homicide
Red Tape Holds Up New Bridge
Dear Kill 17,000
Some Pieces of Rock Hudson Sold at Auction

By following the simple advice...

By following the simple advice I heard on a Dr. Phil Show, I have finally found inner peace.

Dr. Phil proclaimed the way to achieve inner peace is to finish all the things you have started.

So I looked around my house to see things I started and hadn't finished;
and, before leaving the house this morning I finished off a bottle of Merlot a package of Oreo's, a pot of coffee, the rest of the Cheesecake, some Saltines and a box of Godiva Chocolates.

Dr. Phil was right...you have no idea how I feel right now!
#joke
Joke | Old joke from joke of the day archives - Check out other old jokes Tuesday, 17 March 2009

A duck walks into a store and asks the guy behind the counter for duck food.

"Okay, thanks," the duck says, and leaves.

The next day the duck comes back. Got any duck food? he asks.

The next day the duck shows up again, asking for duck food.

Now the man behind the counter is annoyed. I've told you for three days running, we don't carry duck food.

The counterman blows his stack. You come in here one more time and ask for duck food, and I'll nail your webbed feet to the floor. You got that?

Next day the duck shows up again.

"What do you want?" the counterman asks threateningly.