Do citrus farmers drive around...

What’s worse than finding a wo...

What’s worse than finding a worm in your apple?
Half a worm.
#joke #short
Joke | Source: A joke a day - Free Jokes of the Day Clean Funny Jokes via Email, Humor and Entertainment

A golfer was addressing his ba...

A golfer was addressing his ball, getting ready to shoot.
Just as he was about ready to hit, a voice came over the p.a. system -
"Will the gentleman on the lady's tee please move back to the men's tee".
He looked up, looked back down and then resumed addressing the ball again.
The Voice again - "Will the Man on the Red tees PLEASE MOVE BACK to the White Tees?!"
He looked back at the starters shack and yelled,
"Will the IDIOT on the p.a. shut up so that the man on the lady's tee can hit his second shot"!
#joke
Joke | Source: Jokes of The day - Used to be - Australian Joke of the day - site changed purpose and no longer serves jokes

Funny Photo of the day - Supercharged… The Election Is Over, The Resu...

The Election Is Over, The Results Are Known.

The Will Of The People Has Been Clearly Shown.

So Lets All Get Together And Let Bitterness Pass,

I'll Hug Your Elephant, And You Can Kiss My ASS!
#joke #short
Joke | Source: Jokes of the day - Used to be Joke rating machine, but this site is dead

Welcome to the Psychiatric Hotline

If you are obsessive compulsive, please press 1 repeatedly.

If you are co-dependent, please ask someone to press 2.

If you are paranoid-delusional, we know who you are and what you want. Just stay on the line so we can trace the call.

If you are schizophrenic, listen carefully and a little voice will tell you which number to press.

If you are manic-depressive, it doesn't matter which number you press. No one will answer.

If you are anxious, just start pressing numbers at random.

If you are phobic, don't press anything. 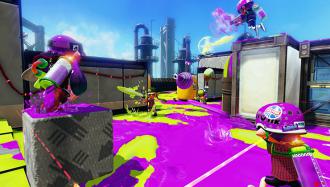 How to keep a blonde

How do you keep a blonde busy for hours? Scroll down...


You might be a redneck if...
One of the options on your truck is a spitoon.
The Halloween pumpkin on your front porch has more teeth than your spouse.
You let your twelve-year-old daughter smoke at the dinner table in front of her kids.
You've been married three times and still have the same in-laws.
You think a woman who is "out of your league" bowls on a different night.
Jack Daniels makes your list of "Most Admired People."
You think Genitalia is an Italian airline.
You wonder how service stations keep their restrooms so clean.
Anyone in your family ever died right after saying, "Hey, y'all watch this."
You've got more than one brother named 'Darryl.'

Three convicts were on the way...

Three convicts were on the way to prison. They were each allowed to take one item with them to help them occupy their time whilst stuck behind bars. On the bus, one turned to another and said, "So, what did you bring?"
The second convict pulled out a box of paints and stated that he intended to paint anything he could. He wanted to become the "Grandma Moses of Jail."
Then he asked the first, "What did you bring?"
The first convict pulled out a deck of cards and grinned and said, "I brought cards. I can play poker, solitaire and gin, and any number of games."
The third convict was sitting quietly aside grinning to himself. The other two took notice and asked, "Why are you so smug? What did you bring?"
The guy pulled out a box of tampons and smiled. "I brought these."
The other two were puzzled and asked, "What can you do with those?"
He grinned and pointed to the box and said, "Well according to the box, I can go horseback riding, swimming, roller-skating..."
#joke
Joke | Old joke from joke of the day archives - Check out other old jokes Wednesday, 23 December 2009

Looking for a Lumberjack...

A large, well established, Canadian lumber camp advertised that they were looking for a good Lumberjack.

"Just give me a chance to show you what I can do," said the skinny man.

"Okay, see that giant redwood over there?" said the lumberjack. "Take your axe and go cut it down."

The skinny man headed for the tree, and in five minutes he was back knocking on the lumberjack's door.

The lumberjack couldn't believe his eyes and said, "Where did you get the skill to chop down trees like that?"

"In the Sahara Forest," replied the puny man.

"You mean the Sahara Desert," said the lumberjack.

The little man laughed and answered back, "Sure, that's what they call it NOW!"

A pregnant woman went to the g...

A pregnant woman went to the gynecologist, and when asked that was the problem, she responded, "Well, whenever I take off my clothes, my nipples get hard."

Shocked, the doctor took a deep breath, then asked, "Your nipples get hard?"

"Yes" quite innocently came her reply.

"Undress so I can check" replied the still amazed doc.

So, she undressed, and he got down to the feeling and massaging, trying to reach an answer.

After some considerable time, the doctor, still looked puzzled, said, "Well madame, I don't know what you have, but it sure as hell is contagious!"
#joke #doctor
Joke | Old joke from joke of the day archives - Check out other old jokes Thursday, 19 March 2009

Jesus and Satan were having an argument as to who was the better programmer. This went on for a few hours until they agreed to hold a contest with God as the judge. They sat at their computers and began.

They typed furiously for several hours, lines of code streaming up on the screen. Seconds before the end of the competition, a bolt of lightning struck, taking out the electricity. Moments later, the power was restored, and God announced that the contest was over. He asked Satan to show what he had come up with. Satan was visibly upset, and cried, "I have nothing! I lost it all when the power went out."

Jesus entered a command, and the screen came to life in vivid display, the voices of an angelic choir poured forth from the speakers. Satan was astonished. He stuttered, "But how?! I lost everything, yet Jesus' program is intact! How did he do it?"

The man told his doctor that he wasnt able to do all the things around the house that he used to do. When the examination was complete, he said, "Now, Doc, I can take it. Tell me in plain English what is wrong with me." "Well, in plain English," the doctor replied, "youre just lazy." "Okay," said the man. "Now give me the medical term so I can tell my wife."
#joke #doctor
Joke | Old joke from joke of the day archives - Check out other old jokes Thursday, 19 March 2009