The Wrong Side Of The Bed

They are stopped by the police #humor #jokes

John and Jessica were on their way home from the bar one night and John got pulled over by the police. The officer told John that he was stopped because his tail light was burned out. John said, "I'm very sorry officer, I didn't realize it was out, I'll get it fixed right away."
Just then Jessica said, "I knew this would happen when I told you two days ago to get that light fixed."
So the officer asked for John's license and after looking at it said, "Sir your license has expired."
And again John apologized and mentioned that he didn't realize that it had expired and would take care of it first thing in the morning.
Jessica said, "I told you a week ago that the state sent you a letter telling you that your license had expired."
Well by this time, John is a bit upset with his wife contradicting him in front of the officer, and he said in a rather loud voice, "Jessica, shut your mouth!"
The officer then leaned over toward Jessica and asked. "Does your husband always talk to you like that?"
Jessica replied, "only when he's drunk." Wonder If They Painted Each Wire Individually | Source : This is Photobomb - Photojackers of the World Unite!

Two cattle drovers standing in an Outback bar.
One asked, "What are you up to, Mate?"
Ahh, I'm takin' a mob of 6000 from Goondiwindi to Gympie."
"Oh yeah ... and what route are you takin'?"
"Ah, prob'ly the Missus; after all, she stuck by me durin' the drought
#joke #short
Joke | Source: Jokes of The day - Used to be - Australian Joke of the day - site changed purpose and no longer serves jokes

Jesus Visits After the Resurrection

This story cannot be found in the scriptures, but it is told that after his resurrection, Jesus appeared to an old fisherman.
"I am Jesus and I have returned to show God's love and power."
"No, you're not Jesus. Go away! You're scaring all the fish," answered the old fisherman.
"I see you are full of doubt. What would you have me do to show who I am?"
"Walk across the river," the old fisherman tells Jesus.
Jesus starts walking across the river, but he sinks and disappears under the water. After he swims back to shore, the old fisherman says to him, "See, you're not Jesus. You can't walk on water!"
Jesus responds, "Well, I used to be able to do it, but then I got these holes in my feet!"
From EasterHumor.com 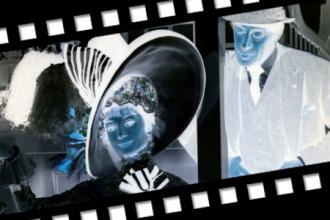 Two lawyers were walking along, negotiating a case.

"Look," said one to the other, "let's be honest with each other."

"Okay, you first," replied the other.

That was the end of the discussion.

#joke #short #lawyer
Joke | Source: Jokes - Used to be - Pacific products joke of the day, but site no longer works.

What is his occupation?

A grade school teacher was asking students what their parents did for a living. "Tim, you be first," she said. "What does your mother do all day?"

Tim stood up and proudly said, "She's a doctor."

"That's wonderful. How about you, Amie?"

Amie shyly stood up, scuffed her feet and said, "My father is a mailman."

"Thank you, Amie," said the teacher. "What about your father, Billy?"

Billy proudly stood up and announced, "My daddy murders people, steals from them, and drinks."

The teacher was aghast and promptly changed the subject to geography. Later that day she went to Billy's house and rang the bell. Billy's father answered the door. The teacher explained what his son had said and asked if there might be some logical explanation.

Billy's father said, "I'm actually an attorney. But how can I explain a thing like that to a seven-year-old?"

Ever argue with a female and, in the middle of the argument, you no longer feel safe because of her actions? She may start pacing back and forth real fast, breathing out her nose. You know what my girl do? When she get mad, she start talking in the third person. Thats scary as hell because thats her way of telling me that from this point on, she is not responsible for none of her actions.
#joke
Joke | Source: Comedy Central: Jokes - Jokes provided daily from Comedy Central's archive.

At that moment, Link began eating what his friend had just vomited. He stopped for a moment and said, "I knew if I waited long enough I'd have a hot meal!"
#joke

There once was a lady who was very concerned about her missing parrot. Not knowing what to do, she called 911. "You gotta help me find my parrot!" The operator patiently replied, "We can't help you with that, ma'am. This number only deals with emergencies."

But the lady persisted, and then the operator told her not to be concerned, that the parrot should fly back in a few days.

Then, out of desperation, the lady begged, "But you don't understand! The only thing he knows how to say is, "Here, kitty, kitty!!!"

An elderly pastor was searching his closet for his collar before church one Sunday morning. In the back of the closet, he found a small box containing three eggs and 100 $1 bills.
He called his wife into the closet to ask her about the box and its contents. Embarrassed, she admitted having hidden the box there for their entire 30 years of marriage. Disappointed and hurt, the pastor asked her, "Why?" The wife replied that she hadn't wanted to hurt his feelings. He asked her how the box could have hurt his feelings. She said that every time during their marriage that he had delivered a poor sermon, she had placed an egg in the box.
The pastor felt that three poor sermons in 30 years was certainly nothing to feel bad about, so he asked her what the $100 was for.
She replied, "Each time I got a dozen eggs, I sold them to the neighbors for $1."

ATTORNEY: Are you sexually a...

ATTORNEY: Are you sexually active?
WITNESS: No, I just lie there.

Elizabeth was surprised to rec...

Elizabeth was surprised to receive ten dollars from her Aunt for her birthday. When her Aunt asked how she was going to spend it, she replied by saying, "I'm taking it to Sunday School and giving it to God.

He'll be just as surprised as I was at not getting a dollar like usual."
#joke #short
Joke | Old joke from joke of the day archives - Check out other old jokes Thursday, 09 April 2009


Economics is ruining your life when...
- I tried to calculate my 3 year old son's discount rate by seeing how many sweets he would require to be promised to him after dinner to be equivalent to one sweet before dinner
- I spent one hour in a toy shop making up over 20 bundles of toys that could be purchased for $25 and then asked my son to select one of these bundles