A little boy was doing his Math homework. He said to himself, Two plus five, that son of a bitch is seven. Three plus six, that son of a bitch is nine...
His mother heard what he was saying and gasp, What are you doing ?
The little boy answered, I'm doing my math homework, Mom.
And this is how your teacher taught you to do it ?
Yes, he answered. Infuriated, the mother asked the teacher the next day, What are you teaching my son in math ?
The teacher replied, Right now, we are learning addition.
The mother asked, and are you teaching them to say two plus two that son of a bitch is four ?
After the teacher stopped laughing, she answered, What I taught them was, two plus two, THE SUM OF WHICH, is four.

One wish to each #blonde #jokes #humor

Was Ireland a hotbed of glam r... An elderly woman walked into the local country church. The friendly usher greeted her at the door and helped her up the flight of steps. "Where would you like to sit?" he asked politely.

"The front row please." she answered.
"You really don't want to do that", the usher said. "The pastor is really boring."
"Do you happen to know who I am?" the woman inquired. “No." he said.
"I'm the pastor's mother," she replied indignantly.
"Do you know who I am?" he asked.
"No." she said.
"Good," he answered. 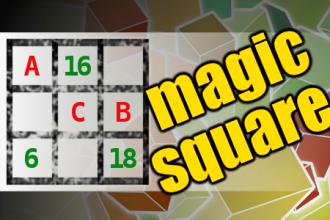 One day, as the truck driver was driving along, he saw a priest hitchhiking, so he thought he would do a good turn by offering the priest a lift. He pulled the truck over and asked the priest, "Where are you going, Father?"

"I'm going to the church 5 miles down the road," replied the priest.

"No problem, Father, I'll give you a lift. Climb in the truck."

But then he remembered there was a priest in the truck with him, so at the last minute he swerved back to the road, narrowly missing the lawyer. However, even though he was certain he missed the lawyer, he still heard a loud "THUD".

Not understanding where the noise came from he glanced in his mirrors, and when he didn't see anything, he turned to the priest and said, "I'm sorry, Father. I almost hit that lawyer."

"That's okay," replied the priest. "I got him with the door."
#joke #lawyer
Joke

He: Haven't we met before?
She: Yes, I'm the receptionist at the Bad Breath Clinic.

He: Is this seat empty?
She: Yes, and this one will be too if you sit down.

He: So, wanna go back to my place?
She: I don't know. Can two people fit under a rock?

He: Your place or mine?
She: Both. You go to yours and I'll go to mine.

He: So what do you do for a living?
She: I'm a female impersonator.

He: Hey, baby, what's your sign?
She: Do Not Enter

He: How do you like your eggs in the morning?
She: Unfertilized.

He: Hey, we're both here for the same reason.
She: Right, let's pick up some chicks.

He: I want to give myself to you.
She: Sorry, I don't accept cheap gifts.

He: I know how to please a woman.
She: Then please leave me alone.

He: I'd go to the end of the world for you.
She: Sure, but would you stay there?


According to the Knight-Ridder News Service, the inscription on the metal bands used by the U.S. Department of the Interior to tag migratory birds has been changed. The bands used to bear the address of the Washington Biological Survey, abbreviated, "Wash. Biol. Surv." until the agency received the following letter from an Arkansas camper:
"Dear Sirs: While camping last week I shot one of your birds. I think it was a crow. I followed the cooking instructions on the leg tag and I want to tell you it was horrible."

Which Way Did He Go?

Q: Which way did the thief go when he stole the computer?

Our high school coach got caught with meth at a game. And he told the school that he had bought it but never used it. Ive never bought drugs and not used them. Right? Theyre not condoms.
#joke #short
Joke | Source: Comedy Central: Jokes - Jokes provided daily from Comedy Central's archive.

Once upon a time there was a man who was peacefully driving down a windy road. Suddenly, a bunny skipped across the road and the man couldn't stop. He hit the bunny head on. The man quickly jumped out of his car to check the scene. There, lying lifeless in the middle of the road, was the Easter Bunny.
The man cried out, "Oh no! I have committed a terrible crime! I have run over the Easter Bunny!"
The man started sobbing quite hard and then he heard another car approaching. It was a woman in a red convertible. The woman stopped and asked what the problem was.The man explained, "I have done something horribly sad. I have run over the Easter Bunny. Now there will be no one to deliver eggs on Easter, and it's all my fault."
The woman ran back to her car. A moment later, she came back carrying a spray bottle. She ran over to the motionless bunny and sprayed it. The bunny immediately sprang up, ran into the woods, stopped, and waved back at the man and woman. Then it ran another 10 feet, stopped, and waved. It then ran another 10 feet, stopped, and waved again. It did this over and over and over again until the man and the woman could no longer see the bunny.
Once out of sight, the man exclaimed, "What is that stuff in that bottle?"
The woman replied, "It's harespray. It revitalizes hare and adds permanent wave."

A Hillbilly was involved in an...

A Hillbilly was involved in an accident.
The Trooper asked him, "Didn't you see that yield sign when you were merging onto the highway?"
The Hillbilly replied, "Ahh sure I did...and I did it...yup, I Yieeeld and Yieeeld at that there truck and he justa kepp on comin'!!!"
#joke #short
Joke | Old joke from joke of the day archives - Check out other old jokes Sunday, 12 April 2009

A prisoner in jail receives a letter from his wife: Dear husband, I have decided to plant some lettuce in the back garden. When is the best time to plant them?
The prisoner, knowing that the prison guards read all mail, replies in a letter: Dear wife, whatever you do, do not touch the back garden. That is where I hid all the money.
A week or so later, he receives another letter from his wife. Dear husband, you wouldnt believe what happened. Some men came with shovels to the house and dug up the back garden.
The prisoner writes back: Dear wife, now is the best time to plant the lettuce.
#joke
Joke | Old joke from joke of the day archives - Check out other old jokes Sunday, 12 April 2009

A Love Story
I will seek and find you . . .
I shall take you to bed and have my way with you .
I will make you ache, shake & sweat until you moan & groan.
I will make you beg for mercy, beg for me to stop. I will exhaust you to the point that you will be relieved when I'm finished with you.
And, when I am finished, you will be weak for days.
All my love,
The Flu
#joke
Joke | Old joke from joke of the day archives - Check out other old jokes Sunday, 12 April 2009