With recent budget cuts, Satan has had to cut back on regular maintenance, which has left Hades in a state of grim repair.
#joke #short
Joke | Source: Pun Gents - Daily Jokes, One-liners, Groaners, Puns of the day :: Puns on Demand :: Punshine Girls and Boys!

Reaching the end of a job interview, the Human Resources Officer asked a young Engineer fresh out of MIT, "And what starting salary were you looking for?"
The Engineer replies, "In the region of $125,000 a year, depending on the benefits package."
The interviewer enquires, "Well, what would you say to a package of 5-weeks vacation, 14 paid holidays, full medical and dental, company matching retirement fund to 50% of salary, and a company car leased every 2 years say, a red Corvette?"
The Engineer sits up straight and says, "Wow! Are you kidding?"
And the interviewer replies, "Yeah, but you started it."
#joke
Joke | Source: A joke a day - Free Jokes of the Day Clean Funny Jokes via Email, Humor and Entertainment

Australian man: Why is your be...

Australian man: Why is your beer like having sex in a canoe? English man: Dunno, why?
Australian man: Its fucking close to water!
#joke #short #beer
Joke

A father walks into a restaurant with his young son. He gives the young boy three nickels to play with to keep him occupied. Suddenly, the boy starts choking, going blue in the face. The father realizes the boy has swallowed the nickels and starts slapping him on the back. The boy coughs up two of the nickels, but keeps choking. Looking at his son, the father is panicking, shouting for help.
A well dressed, attractive, and serious looking woman, in a blue business suit is sitting at a coffee bar reading a newspaper and sipping a cup of coffee. At the sound of the commotion, she looks up, puts her coffee cup down, neatly folds the newspaper and places it on the counter, gets up from her seat and makes her way, unhurried, across the restaurant.
Reaching the boy, the woman carefully drops his pants; takes hold of the boy's' testicles and starts to squeeze and twist, gently at first and then ever so firmly. After a few seconds the boy convulses violently and coughs up the last nickel, which the woman deftly catches in her free hand.
Releasing the boy's testicles, the woman hands the nickel to the father and walks back to her seat at the coffee bar without saying a word.
As soon as he is sure that his son has suffered no ill effects, the father rushes over to the woman and starts thanking her saying, "I've never seen anybody do anything like that before, it was fantastic. Are you a doctor?"
"No," the woman replied. "I'm with the IRS." During a Papal audience, a business man approached the Pope and made this offer: Change the last line of the Lord's prayer from "Give us this day our daily bread" to "Give us this day our daily chicken," and Kentucky Fried Chicken will donate $10,000,000 to Catholic charities. The Pope declined.
Two weeks later, the man approached the Pope again - this time with a $50,000,000 offer. Again, the Pope declined. A month later, the man upped the price to $100,000,000, and this time the Pope accepted.
At a meeting of the Cardinals, the Pope announced his decision in the good news/bad news format. "The good news is: We have $100,000,000 for charities. The bad news: We lost the Wonder Bread account."

You know where they do send your taxes? They give it to prisons, so prisoners can have weights to lift. You believe that? Weve got muggers and murderers, and theyre getting stronger. So when they get parole, they can mug your ass better than they did before they went in.
#joke #short
Joke | Source: Comedy Central: Jokes - Jokes provided daily from Comedy Central's archive. 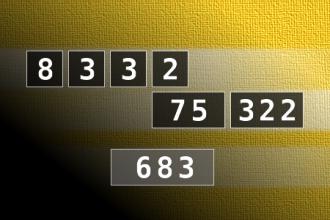 A woman sought the advice of a sex therapist, confiding that she found it increasingly difficult to find a man who could satisfy her, and that it was very wearisome getting in and out of all these short term relationships.

"Isn't there some way to judge the size of a man's equipment from the outside?" she asked earnestly.

"The only foolproof way, is by the size of his feet" counseled the therapist.

So the woman went downtown and proceeded to cruise the streets, until she came across a young fellow standing in an unemployment line with the biggest feet she had ever laid her eyes on. She took him out to dinner, wined and dined him, and then took him back to her apartment for an evening of abandon.

When the man woke up the next morning, the woman had already gone but, by the bedside table was a $20 bill and a note that read, "With my compliments, take this money and go out and buy a pair of shoes that fit you."

Why did the blind chicken cros...

Why did the blind chicken cross the Road?
To get to the "Birds Eye" shop.

Travel On The Plane


For two solid hours, the lady sitting next to a man on an airplane had told him about her grandchildren. She had even produced a plastic-foldout photo album of all nine of the children.
She finally realized that she had dominated the entire conversation on her grandchildren.
"Oh, I've done all the talking, and I'm so sorry. I know you certainly have something to say. Please, tell me... what do you think of my grandchildren?"

After first seeing Microsoft's slogan for its upcoming Windows XP operating system, "it just works", I couldn't help wondering: what were the slogans for all the previous releases? After thinking about it for a while, they became obvious.

After a long illness, a woman died and arrived at the Gates of Heaven. While she was waiting for Saint Peter to greet her, she peeked through the Gates. She saw a beautiful banquet table. Sitting all around were her parents and all the other people she had loved and who had died before her. They saw her and began calling greetings to her - "Hello!" "How are you! We've been waiting for you!" "Good to see you!"

When Saint Peter came by, the woman said to him, "This is such a wonderful place! How do I get in?"

"You have to spell a word," Saint Peter told her.

"Which word?" the woman asked.

The woman correctly spelled "Love" and Saint Peter welcomed her into Heaven.

"I'm surprised to see you," the woman said. "How have you been?"

"Oh, I've been doing pretty well since you died," her husband told her. "I married the beautiful young nurse who took care of you while you were ill. And then I won the lottery. I sold the little house you and I lived in and bought a big mansion. And my wife and I traveled all around the world. We were on vacation and I went water skiing today. I fell, the ski hit my head, and here I am. How do I get in?"

"You have to spell a word," the woman told him.

"Which word?" her husband asked.

A couple who'd been married for over 50 years was sitting on the sofa, when the wife said, "Dear, do you remember how you used to sit close to me?"

He moved over and sat close to her.

"Dear," she continued, "do you remember how you used to hold me tight?"

He reached over and held her tight.

"And," she went on, "do you remember how you used to hug me and kiss me and nibble on my ear?"

With that, her husband got up and started to walk out of the room.

"Where are you going?" she asked.

"Well," answered the husband, "I have to get my teeth."

ATTORNEY: Now doctor, isn't it true that when a person dies in his sleep, he doesn't know about it until the next morning?
WITNESS: ; Did you actually pass the bar exam?

An old guy in his Volvo is driving home from work when his wife rings him on his car phone.

"Honey", she says in a worried voice, "Be careful! There was a bit on the news just now, some lunatic is driving the wrong way down the freeway".

"It's worse than that!", he replies, "There are hundreds of them!"
#joke
Joke | Old joke from joke of the day archives - Check out other old jokes Thursday, 16 April 2009

Once there was a girl who want...

Once there was a girl who wanted a boyfriend. Her mom wanted to help her, so she set up a blind date for her daughter.

When the girl got back from the date she said "That was the worst night of my life!"