One who runs in front of the car gets tired. One who runs behind gets exhausted.
#joke #short
Joke | Source: A joke a day - Free Jokes of the Day Clean Funny Jokes via Email, Humor and Entertainment

Little Johnny had finished his...

Little Johnny had finished his summer vacation and gone back to school. Two days later his teacher phoned his mother to
tell her that he was misbehaving.
"Wait a minute," she said. "I had Johnny with me for three months and I never called you once when he misbehaved.
#joke #short
Joke

One day God was looking down at earth and saw all of the rascally behavior that was going on. So He called one of His angels and sent the angel to earth for a time.
When he returned, he told God, 'Yes, it is bad on earth; 95% are misbehaving and only 5% are not.
God thought for a moment and said, 'Maybe I had better send down a second angel to get another opinion.'
So God called another angel and sent him to earth for a time. When the angel returned he went to God and said, 'Yes, it's true. The earth is in decline; 95% are misbehaving, but 5% are being good.'
God was not pleased. So He decided to e-mail the 5% who were good, because he wanted to encourage them, and give them a little something to help them keep going.
Do you know what the e-mail said?
Okay, I was just wondering, because I didn't get one either. Monica Lewinsky was looking at...

Monica Lewinsky was looking at herself in a mirror.

Her frustration over her lack of ability to lose weight was depressing her.

In an act of desperation, she decided to call on God for help.

"God...if you take away my love handles, I'll devote my life to you," she payed.

And just like that, her ears fell off.
#joke
Joke

This pope was born on the 16th of April, making him an Aries, compatible with both Sagittarius and Leo. But, of course, Jesus was famously a Capricorn, meaning that this pope is incompatible with Jesus. Not my findings, the findings of science. Dont get angry with me, Catholics. Go get angry with Galileo. Oh, you already did.
#joke
Joke | Source: Comedy Central: Jokes - Jokes provided daily from Comedy Central's archive. 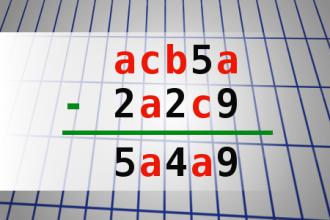 My husband wants me to ask you....

Brenda, pregnant with her first child, was paying a visit to her obstetrician's office. When the exam was over, she shyly began, "My husband wants me to ask you..."

"I know, I know." the doctor said, placing a reassuring hand on her shoulder, "I get asked that all the time. Sex is fine until late in the pregnancy."

"No, that's not it at all." Brenda confessed. "He wants to know if I can still mow the lawn."


The following is supposedly a true story. To be included, besides being true, the story is most likely strange, weird, surprising, or funny.
One day in line for the automatic teller I overheard:
[Person 1]: Gee, I don't get it..
[Person 2]: What's wrong?
[Person 1]: My card wont work.
[Person 2]: Did anything happen to it?
[Person 1]: I don't think so... It wasn't working very well for a while, so I rubbed the strip on the back with a magnet to recharge it... Now it isn't working at all!

Last time the circus came to town, an ad for an animal trainer was placed in the local paper.

Only two applicants showed up: a male and a female.

The owner said he could only afford one animal trainer, so he would choose the one with the best act.

At first glance it appeared that the female was much better prepared, since she came to the interview in a very long flowing cape, with a whip & chair. She looked more like a model than a trainer.

The man's only distinguishing feature was a soggy cigar stuffed between his cracked and leathery lips.

The owner asked who would like to go first, and the man said, "Ladies before Gentleman."

So the lady asked for her special music to be played, and once the music started she entered the cage with a flurry of whip snapping. She motioned the attendant to release the tiger.

The tiger leaped into the cage snarling. The young lady threw aside her whip, tossed back her cape and sat on the chair as naked as the day she was born.

The tiger then circled her, sniffing the air,... then suddenly leaped toward her, put its face between her legs and started licking.

She threw back her head moaning, holding the tiger by the ears with her thighs. She rode on the tiger's face all around the cage.

Then the owner looked at the man and said, "That's quite an act,... Think you can do better than that?"

The man spit out his cigar, licked his lips and said, "No problem, just get that tiger out of the cage!"

ATTORNEY: She had three chi...

ATTORNEY: She had three children, right?
WITNESS: Yes.
ATTORNEY: How many were boys?
WITNESS: None.
ATTORNEY: Were there any girls?
WITNESS : Are you shittin' me? Your Honor, I think I need a different attorney. Can I get a new attorney?

Where ya from, Sam?

A man lay sprawled across three entire seats in a theater. When the usher came by and noticed this, he whispered to the man, "Sorry, sir, but you're only allowed one seat." The man groaned but didn't budge. The usher became impatient.

"Sir," the usher said, "if you don't get up from there I'm going to have to call the manager."

Again, the man just groaned, which infuriated the usher who turned and marched briskly back up the aisle in search of his manager. In a few moments, both the usher and the manager returned and stood over the man. Together the two of them tried repeatedly to move him, but with no success. Finally, they summoned the police.

The cop surveyed the situation briefly then asked, "All right buddy, what's your name?" "Sam," the man moaned. "Where ya from, Sam?" the cop asked.

And with pain in his voice, Sam replied, "The balcony."


Q: What do you call it when a blonde dies their hair brunette?
A: Artificial intelligence.
Q: What do you do when a blonde throws a hand grenade at you?
A: Pull the pin and throw it back.
Q: What does a blond and a beer bottle have in common?
A: They're both empty from the neck up.
Q: What does a blonde owl say?
A: What, what?
Q: What's the Blonde's cheer?
A: " I'm blonde, I'm blonde, I'm B.L.O.N....ah, oh well.. I'm blonde, I'm blonde, yea yea yea..."
Q: Why did the blonde scale the chain-link fence?
A: To see what was on the other side.
Q: Why did the blonde have tire tread marks on her back?
A: From crawling across the street when the sign said "don't walk".

What is the difference between...

What is the difference between in-laws and outlaws?
Outlaws are wanted.

Q: How do you sink a submarine full of blondes?

A: Knock on the door!
#joke #short #blonde
Joke | Old joke from joke of the day archives - Check out other old jokes Tuesday, 21 April 2009