If you drink too much water yo...

If you drink too much water you can insult people. It's not very pee see.
#joke #short
Joke | Source: Pun Gents - Daily Jokes, One-liners, Groaners, Puns of the day :: Puns on Demand :: Punshine Girls and Boys!

Now that we are into renaming ...

Now that we are into renaming things like Mount Diablo, President Obama wants to rename the San Andreas Fault. His suggestion, Bush's Fault.
#joke #short
Joke | Source: A joke a day - Free Jokes of the Day Clean Funny Jokes via Email, Humor and Entertainment

Our baby was born last week. When will my wife begin to feel and act normal again?
When the kids are in college.
#joke #short
Joke | Source: Jokes of The day - Used to be - Australian Joke of the day - site changed purpose and no longer serves jokes

Two old guys talking.
One said to the other: "My 85th birthday yesterday. Wife gave me an SUV".
Other guy: "Wow, that's amazing! Imagine, an SUV! What a great gift!"
First guy: "Yup. Socks, Underwear and Viagra!"

Funny Photo of the day - My Father My Father | Source : Jokes photos - Used to be - WTF Pictures and WTF videos - but site no longer exists

A Woman's Experience With...

A Woman's Experience With Children

The following came from an anonymous mother.

Things I've learned from my children (honest & no kidding):

2. If you spray hairspray on dust bunnies and run over them with roller blades, they can ignite.

3. A 3-year olds voice is louder than 200 adults in a crowded restaurant.

4. If you hook a dog leash over a ceiling fan, the motor is not strong enough to rotate a 42 pound boy wearing Batman underwear and a Superman cape. It is strong enough, however, if tied to a paint can, to spread paint on all four walls of a 20x20 ft. room.

5. You should not throw baseballs up when the ceiling fan is on. When using a ceiling fan as a bat, you have to throw the ball up a few times before you get a hit. A ceiling fan can hit a baseball a long way.

6. The glass in windows (even double-pane) doesn't stop a baseball hit by a ceiling fan.

7. When you hear the toilet flush and the words "uh oh," it's already too late.

8. Brake fluid mixed with Clorox makes smoke, and lots of it.

9. A six-year old can start a fire with a flint rock even though a 36-year old man says they can only do it in the movies.

10. Certain LEGOs will pass through the digestive tract of a 4-year old.

11. Playdough and microwave should not be used in the same sentence.

12. Superglue is forever- especially in hair.

13. No matter how much Jell-O you put in a swimming pool you still can't walk on water.

15. VCR's do not eject PB&J sandwiches even though TV commercials show they do.

17. Marbles in gas tanks make lots of noise when driving.

18. You probably do not want to know what that odor is.

19. Always look in the oven before you turn it on. Plastic toys do not like ovens.

20. The fire department in town has a 5-minute response time to my house.

21. The spin cycle on the washing machine does not make earthworms dizzy.

23. Cats throw up twice their body weight when dizzy.

One day the first grade teacher was reading the story of the Three Little Pigs to her class. She came to the part of the story where the first pig was trying to accumulate the building materials for his home. She read,"...And so the pig went up to the man with the wheelbarrow full of straw and said, 'Pardon me sir, but may I have some of that straw to build my house?"

The teacher paused then asked the class, "And what do you think that man said?" One little boy raised his hand and said, "I think he said... 'Holy Sh*t, a talking pig!"

The teacher was unable to teach for the next 10 minutes.
#joke
Joke | Source: Jokes of the day - Used to be Joke rating machine, but this site is dead 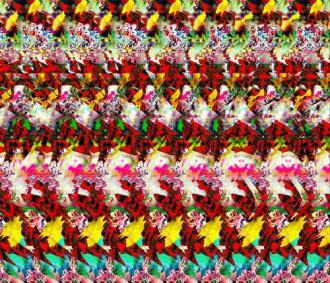 Gabriel Iglesias: Tear It Up

Im a big boy, but I can get jiggy with it. Ladies, I will go to dance clubs, and I will tear it up hardcore for a good 30 seconds.
#joke #short
Joke | Source: Comedy Central: Jokes - Jokes provided daily from Comedy Central's archive.

Bad Day On The Golf Course

An avid golfer was late coming home from his weekly game. As he dragged himself wearily through the door, his worried wife met him. "Honey," she said, "How was your game? Why are you so late?"

"Well," he replied, "this had to be the worst, hardest game of my life. Jack died out there on the golf course. Just had a heart attack at the second hole and then died."

The FDA is considering additional warnings on beer and alcohol bottles, such as:

WARNING: consumption of alcohol may make you think you are whispering when you are not.

WARNING: consumption of alcohol is a major factor in dancing like an a-hole.

WARNING: consumption of alcohol may cause you to tell the same boring story over and over again until your friends want to SMASH YOUR HEAD IN.

WARNING: consumption of alcohol may cause you to thay shings like thish.

WARNING: consumption of alcohol may lead you to believe that ex-lovers are really dying for you to telephone them at 4 in the morning.

WARNING: consumption of alcohol may leave you wondering what the hell happened to your pants.

WARNING: consumption of alcohol may cause you to roll over in the morning and see something really scary (whose species and or name you can't remember).

WARNING: consumption of alcohol is the leading cause of inexplicable rug burns on the forehead.

WARNING: consumption of alcohol may create the illusion that you are tougher, handsomer and smarter than some really, really big guy named Chuck.

WARNING: consumption of alcohol may lead you to believe you are invisible.

WARNING: consumption of alcohol may lead you to think people are laughing WITH you.

WARNING: consumption of alcohol may cause an influx in the time-space continuem, whereby small (and sometimes large) gaps of time may seem to literally disappear".

WARNING: consumption of alcohol may actually CAUSE pregnancy.

Tammy and Ann were shopping. When they started to discuss their home lives, Tammy said, "Seems like all Alfred and I do anymore is fight. I've been so upset I've lost 20 pounds."

"Why don't you just leave him then ?" said Ann.

"Oh ! Not yet." Tammy replied, "I'd like to lose at least another ten to fifteen pounds first."

-- You learned to swim about the same time Jaws came out and still cant swim naked at night.
-- Princes 1999 was the focal point of your plans for an end of the century party.
-- You dressed to emulate either Duran Duran, Poison, Madonna, Rick Springfield or Cyndi Lauper.
-- You wanted to be gagged with a spoon.
-- You had a poster of Bo, Luke & Daisy Duke.
-- There was nothing questionable about Bert and Ernie living together.
-- You dialed 867-5309 to see if Jenny would answer.
-- Your familys cable TV box had the three rows of numbers, and you had to move the selector switch accordingly.
#joke
Joke | Old joke from joke of the day archives - Check out other old jokes Friday, 24 April 2009

Q: What do you call a gay dinosaur?

A: Mega-sore-ass
#joke #short
Joke | Old joke from joke of the day archives - Check out other old jokes Friday, 24 April 2009

A wife was making a breakfast of fried eggs for her husband .
#joke #short
Joke | Old joke from joke of the day archives - Check out other old jokes Friday, 24 April 2009

Did you hear about the man who...

Did you hear about the man who lost his left arm and leg in a car crash?
He's all right now.