A guy was on trial for murder and if convicted, would get the electric chair. His brother found out that a redneck was on the jury and figured he would be the one to bribe. He told the redneck that he would be paid $10,000 if he could convince the rest of the jury to reduce the charge to manslaughter.
The jury was out an entire week and returned with a verdict of manslaughter.
After the trial, the brother went to the redneck's home, told him what a great job he had done and paid him the $10,000.
The redneck replied that it wasn't easy to convince the rest of the jury to change the charge to manslaughter. They all wanted to let him go.

Funny video of the day Sunday, 16 May 2010 - link to page video is posted initially.

My dog wrote a novel. Unfortun...

My dog wrote a novel. Unfortunately, it was terrible. The plot was so arf-fetched.
#joke #short
Joke | Source: Pun Gents - Daily Jokes, One-liners, Groaners, Puns of the day :: Puns on Demand :: Punshine Girls and Boys!

Funny Photo of the day - Don’t Mess With the Gargoyle Don’t Mess With the Gargoyle | Source : This is Photobomb - Photojackers of the World Unite!

9. Every day after school, eats his weight in silicon chips 'n' salsa

7. He's been in bed all week with a computer virus

6. Refers to having sex as 'Logging On'

4. During power outage, paced around house like a caffeinated squirrel

2. Walls of his room covered with printouts of a naked Bill Gates 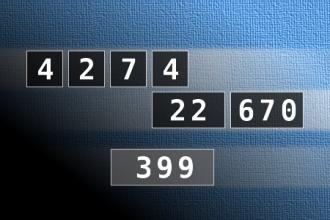 
A deputy police officer responded to a report of a barroom disturbance. The "disturbance" turned out to be well over six feet tall and weighed almost 300 pounds. What's more, he boasted that he could whip the deputy and Muhammad Ali too.
Said the policeman, "I'll bet that you're also an escape artist-probably better than Houdini."
The giant nodded.
"If I had some chains," the deputy continued, "you could show us how strong you really are. But all I've got is a set of handcuffs. Why don't you see just how quickly you can break out of them?"
Once in the cuffs, the man puffed, pulled and jerked for four minutes. "I can't get out of these," the giant growled.
"Are you sure?" the deputy asked. The fellow tried again. "Nope," he replied. "I can't do it."
"In that case," said the deputy, "you're under arrest."

After his death, Osama bin Laden went to paradise. He was greeted by George Washington, who slapped him across the face and yelled angrily, "How dare you attack the nation I helped conceive!"

Then Patrick Henry punched Osama in the nose and James Madison kicked him in the groin.

Bin Laden was subjected to similar beatings from John Randolph, James Monroe, Thomas Jefferson and 66 other early Americans. As he writhed in pain on the ground, an angel appeared.

Bin Laden groaned, "This is not what I was promised!"

The angel replied, "I told you there would be 72 Virginians waiting for you! What did you think I said?"

Q: What do you get if you enroll in a liberal arts program and the only subject you do well in is music?
A: A natural major.

A Russian party-official arrives late at night to his hotel (in Russia). He is not surprised to find that his reservation has been mislaid but he is more than a little peeved that his status in the party isn't enough to get him a good room anyway. However, the clerk insists, the only bed they have left is the fourth bunk in a 4-bed dorm - he'll have to make do with that. The Russian grumbles but eventually he picks up his suitcase and heads for the dorm. On his way, he meets a chamber-maid and thinking he might as well try to make friends with his room-mates, he asks her to bring them four cups of tea.

As he enters the dorm, he finds that the other three guests are Polish, they are having a fairly wild party and they're very drunk. They also ignore him totally from the moment he enters. After sitting there for several minutes, he realizes he can't stand them anymore and decides to pull a joke on them. He stands up, grasps a floor lamp and speaking into the light-bulb as if it were a microphone he says:

"Comrade Colonel, we would like four cups of tea to our room immediately!" The Poles stare at him in disbelief, which turns to horror as the chamber-maid knocks on the door and delivers the tea a few minutes later. In about 30 seconds the Poles have all packed their bags and fled the hotel. Our Russian gets the entire room to himself. He sleeps very soundly.

The next morning, however, as he's checking out and is about to leave, the desk-clerk calls after him:

"By the way, Sir, the Comrade Colonel said to tell you he appreciated your little joke last night!"
#joke

Joke | Old joke from joke of the day archives - Check out other old jokes Friday, 05 September 2008

#joke
Joke | Old joke from joke of the day archives - Check out other old jokes Saturday, 16 May 2009

Getting Rid of the Bats

Three pastors were having lunch in a diner.
One said, "You know, since summer started I've been having trouble with bats in my loft and attic at church. Iâ€™ve tried everything--noise, spray, cats--nothing seems to scare them away."Another said, "Me too. I've got hundreds living in my belfry and in the attic. I've even had the place fumigated, and they won't go away."
The third said, "I baptized all mine, and made them members of the church. Haven't seen one back since!"

#joke
Joke | Old joke from joke of the day archives - Check out other old jokes Saturday, 16 May 2009

I had to sneak into my living room, and we had hardwood floors. Those floors suck for cheating because every step you take just taunts you. You know, every step youre like, Cheeeeater! Liar! Herpes, herpes, herpes!
#joke #short
Joke | Old joke from joke of the day archives - Check out other old jokes Saturday, 16 May 2009

Once, a gay man went to heaven. At the Great Gate Saint Peter was waiting for him. After reviewing his records Saint Peter decided to let him in. "Follow me." he said, opening the gate and walking in.

After some walk, Saint Peter's keys accidentally fell on the ground. Unaware, he bent over to pick up the keys. That was something the gay man just couldn't resist, so he jumped on him and did his thing. Saint Peter was furious. "If you do that again, you'll go straight to hell! Follow me, we're almost there."

After some more Peter dropped his keys again, and again, the gay man jumped on him. Saint Peter was even more furious than before, but decided to give the gay guy one last chance. Again they walk and for the third time Peter drops his keys, so he bends over and picks them up. The gay guy, having no self control jumps on him.

Peter is now fed up and sends the gay guy straight to hell. A few weeks later, Saint Peter goes down to hell for his routine inspection, but this time something is wrong, it is freezing, no fire, no lava and in one corner, he finds the devil lying under a stack of blankets freezing his ass off. "Why is it so god damn cold down here?" Peter asks.

"Well, you just try bending down for firewood!!" The devil replied.
#joke
Joke | Old joke from joke of the day archives - Check out other old jokes Saturday, 16 May 2009