Little Johnny came downstairs bellowing lustily. His mother asked, “What’s the matter now?” “Dad was hanging pictures, and just hit his thumb with a hammer,” said Johnny through his tears. “That’s not so serious,” soothed his mother. “I know you are upset, but a big boy like you shouldn’t cry at something like that. Why didn’t you laugh?” “I did!” sobbed Johnny.
#joke
Joke | Source: A joke a day - Free Jokes of the Day Clean Funny Jokes via Email, Humor and Entertainment

Funny video of the day Monday, 17 May 2010 - link to page video is posted initially.

Things Not To Say During Childbirth:

- Gosh, you're lucky. I sure wish men could experience the miracle of childbirth.
-- Do you think the baby will come before Monday Night Football starts?
-- I hope your ready. The Glamour Shot photographer will be here in fifteen minutes.
-- If you think this hurts, I should tell you about the time I twisted my ankle playing basketball.
-- That was the kids on the phone. Did you have anything planned for dinner?
-- When you lay on your back, you look like a python that swallowed a wild boar.
-- You don't need an epidural. Just relax and enjoy the moment.
-- This whole experience kind of reminds me of an episode from I Love Lucy.
-- Oops! Which cord was I supposed to cut?
-- Stop your swearing and just breathe.
-- Remember what we learned in Lamaze class! HEE HEE HOO HOO. You're not using the right words.
-- Your stomach still looks like there's another one in there

It was my first time opening m...

It was my first time opening my mouth that wide, but he promised he'd be dental.
#joke #short
Joke | Source: Pun Gents - Daily Jokes, One-liners, Groaners, Puns of the day :: Puns on Demand :: Punshine Girls and Boys!

Funny Photo of the day - No Wonder We Import From China No Wonder We Import From China | Source : There I fixed it - photos of ur handiwork!

Calvinists believe the game is fixed.
Lutherans believe they can't win, but trust the Scorekeeper.
Quakers won't swing.
Unitarians can catch anything.
Amish walk a lot.
Pagans sacrifice.
Jehovah's Witnesses are thrown out often.
Televangelists get caught stealing.
Episcopalians pass the plate.
Evangelicals make effective pitches.
Fundamentalists balk.
Adventists have a seventh-inning stretch.
Atheists refuse to have an Umpire.
Baptists want to play hardball.
Premillenialists expect the game to be called soon on account of darkness.
The Pope claims never to have committed an error.

Fellow shows up at work Monday...

Fellow shows up at work Monday morning with two black eyes. His boss, figuring the guy got in a fight at a bar asks him, "Where'd you get the shiners?"

"Got 'em both in church yesterday."

"In church!?! How in the world did you manage to get two black eyes in church?"

"Well, the preacher called a hymn and as we all stood up to sing, I noticed the lady standing in front of me. Her dress was sort of stuck in the crack of her ass, so I reached out and pulled it out for her. She turned around and slugged me in the right eye."

"Well, I figured if she got that mad from me pulling the dress out of the crack of her ass, I'd better put it back."
#joke #monday
Joke 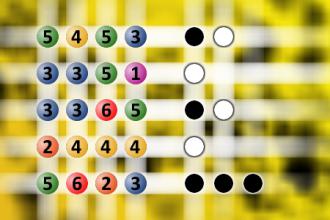 A teacher cautiously approaches the subject of sex education with her fourth grade class because she realizes Little Johnny's propensity for sexual innuendo. But Johnny remains attentive throughout the entire lecture. Finally, towards the end of the lesson, the teacher asks for examples of sex education from the class. One little boy raises his hand, 'I saw a bird in her nest with some eggs.' 'Very good, William,' cooed the teacher. 'My mommy had a baby,' said little Esther. 'Oh, that's nice,' replied the teacher. Finally, little Johnny raises his hand. With much fear and trepidation, the teacher calls on him. 'I was watchin' TV yesterday, and I saw the Lone Ranger. He was surrounded by hundreds and hundreds of Indians. And they all attacked at one time. And he killed every one of them with his two guns.' The teacher was relieved but puzzled, 'And what does that have to do with sex education, Johnny?' 'It'll teach those Indians not to 'screw' with the Lone Ranger.'
#joke
Joke

Two goldfish are in their tank...

Two goldfish are in their tank.
One says to the other: "You man the guns and I'll drive."


Airman Jones was assigned to the induction center where he was to advise new recruits about their government benefits, especially their GI insurance.
It wasn't long before Captain Smith noticed that Airman Jones had almost a 100% record for insurance sales, which had never happened before.
Rather than ask about this, the Captain stood in the back of the room and listened to Jones's sales pitch. Jones explained the basics of the GI Insurance to the new recruits, and then said:
"If you have GI Insurance and go into battle and are killed, the government has to pay $200,000 to your beneficiaries. If you don't have GI insurance, and you go into battle and get killed, the government has to pay only a maximum of $6000."
"Now," he concluded," which bunch do you think they are going to send into battle first?

Three Aussie guys were working on a high-rise building project - Steve, Bruce and Kevin.
Steve falls off and is killed instantly.
As the ambulance takes the body away, Bruce says, "Someone should go and tell his wife."
Kevin says, "OK, I'm pretty good at that sensitive stuff, I'll do it."
Two hours later, he comes back carrying a case of Fosters.
Bruce says, "Where did you get that, Kev?"
"Steve's wife gave it to me,"
Bruce replies. "That's unbelievable, you told the lady her husband was dead and she gave you the beer?"
"Well not exactly," Kevin said. "When she answered the door, I said to her, 'You must be Steve's widow'.
She said, 'No, I'm not a widow.'
And I said, 'I'll bet you a case of Fosters you are'."
#joke #beer
Joke | Old joke from joke of the day archives - Check out other old jokes Sunday, 17 May 2009

A blonde was driving home one ...

A blonde was driving home one night when she suddenly found herself in the middle of a bad hail storm. The hailstones were the size of golf balls. Her car was dented beyond description.

The next day, she took it to a repair shop. Noticing that she was blonde, the technician decided to have some fun. He told her to take the car home and blow real hard into the tailpipe and the dents would pop out.

When she got home, she started blowing into the tailpipe as she was instructed. At that moment, her blonde girlfriend drove by and saw her puffing on the tailpipe.

Thinking the worst, the friend was startled and said, "What are you doing?"

She said that the man at the body shop told her to blow into the tail pipe real hard and the dents would pop out.

Her girlfriend said, "Well, duhhhhhh! You need to roll up the windows first!"
#joke #blonde
Joke | Old joke from joke of the day archives - Check out other old jokes Sunday, 17 May 2009

Im a little sore cause a couple of days back I got into a car accident -- not my fault. Even if its not your fault, the other person gets out of their car and looks at you like its your fault. Why did you stop at a red light and let me hit you doing 80?!
#joke #short
Joke | Old joke from joke of the day archives - Check out other old jokes Sunday, 17 May 2009

What type of prize did you win?

A blonde goes to the local restaurant, buys a small drink for herself, and sits down to drink it. She notices a peel-off prize sticker on the side of her cup while she is drinking. After pulling off the tab, she begins screaming, "I won a motor home! I won a motor home!"

The waitress runs over and argues, "That's impossible. The biggest prize given away was a stero system!"

The blonde replies, "No. I won a motor home!"

By this time, the manager makes his way over to the table, and he too argues, "You couldn't possibly have won a motor home because we didn't have that as one of our prizes."

Again the blonde says, "There is no mistake! I won a motor home!"

The blonde hands the prize ticket to the manager and he reads, "WIN A BAGEL."

#joke #blonde
Joke | Old joke from joke of the day archives - Check out other old jokes Sunday, 17 May 2009