Kathy goes to her local bank, walks into the manager’s office, and says, “I want a loan; I am going to divorce my husband.” “Oh, we don’t give loans for divorces,” the manager says. “We offer loans only for things like real estate, appliances, automobiles, businesses, and home improvement.” Kathy interrupts: “Stop right there. This definitely falls into the category of ‘Home Improvement.’”
#joke
Joke | Source: A joke a day - Free Jokes of the Day Clean Funny Jokes via Email, Humor and Entertainment

NED: St Patrick's day is 10 months away. Should I work on my Irish accent?
ED: No, if it ain't brogue, don't fix it.
#joke #short
Joke | Source: Pun Gents - Daily Jokes, One-liners, Groaners, Puns of the day :: Puns on Demand :: Punshine Girls and Boys!

Funny video of the day Wednesday, 19 May 2010 - link to page video is posted initially.

When our lawn mower broke and wouldn't run, my wife kept hinting to me that I should get it fixed. But, somehow I always had something else to take care of - first, the truck, the car, playing golf ' Always something more important to me.
Finally she thought of a clever way to make her point. When I arrived home one day, I found her seated in the tall grass, busily snipping away with a tiny pair of sewing scissors. I watched silently for a short time and then went into the house. I was gone only a minute, and when I came out again I handed her a toothbrush. I said, 'When you finish cutting the grass, you might as well sweep the driveway.'
The doctors say I will walk again, but I will always have a limp.

Our youth basketball team is back in action Wednesday at 8 PM in the recreation hall. Come out and watch us kill Christ the King.
Ladies, don't forget the rummage sale. It's a chance to get rid of those things not worth keeping around the house. Don't forget your husbands.
The peacemaking meeting scheduled for today has been cancelled due to a conflict.
The Lutheran men's group will meet at 6 pm. Steak, mashed potatoes, green beans, bread, and dessert will be served for a nominal feel.
Ladies Bible Study will be held Thursday morning at 10. All ladies are invited to lunch in the Fellowship Hall after the B.S. is done.
This afternoon, there will be a meeting in the south and north ends of the church. Children will be baptized at both ends.
Tuesday at 4:00 pm there will be an ice cream social. All ladies giving milk will please come early.
Bertha Belch, a missionary from Africa, will be speaking tonight at Calvary Methodist. Come hear Bertha Belch all the way from Africa.
The pastor would appreciate it if the ladies of the congregation would lend him their electric girdles for the pancake breakfast next Sunday.
Due to weather conditions, there will not be any “Women Worth Watching” this week.
The church is glad to have with us today as our guest minister the Rev. Shirley Green, who has Mrs. Green with him. After the service, we request that all remain in the sanctuary for the Hanging of the Greens.
Don't miss this Saturday's exhibit by Christian Martian Arts.
- Joke shared on Beliefnet's Religious Humor page Two very elderly men were having a conversation about sex.

Elmer says, "Yessir, I did it three times last night with a 30 year old!"

Leon replies, "You're kidding! I can't even manage to do it once! What's your secret?"

To which Elmer said, "Well, the secret is to eat lots of whole-wheat bread. I'm not kidding!"

So the second old man rushed to the store.

The clerk asks the old man, "May I help you?'

"That's a lot of bread! It's sure to get hard before you're done!" the clerk remarked.

Leon replies, "Damn! Does everyone know about this except me?"
#joke
Joke

The preacher and the peanuts...

One day a preacher goes to visit an elderly lady. As he is sitting there talking with her, he notices a bowl of peanuts sitting on the table in front of him.

'Do you mind if I have a few peanuts?' he asks the lady.

'Help yourself,' she replies.

After about an hour and a half visit, he gets up to leave and notices that he has eated almost all of the peanuts in the bowl.

'I apologize,' he says to the elderly lady. 'I only meant to eat a few.'

'That's okay,' says the lady, 'Since I've lost my teeth, all I've been able to do is suck the chocolate off of them.' 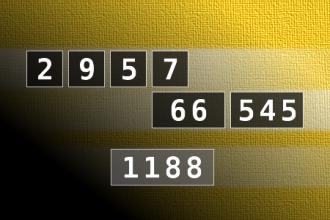 
The following is supposedly a true story. To be included, besides being true, the story is most likely strange, weird, surprising, or funny.
Bellevue, WA
There's a story circulating through the Bellevue School District about the woman who called wanting information on home schooling.
Both Lake Washington (Renton, WA) and Bellevue districts are noted for their support of home schoolers, and the Bellevue spokesperson was explaining procedures and what to do to the mother on the telephone.
Among other things, the mother needed to file a declaration of intent, a kind of home school registration. The spokeswoman offered to send out the proper form.
The mother gave a Renton address.
The spokeswoman suggested registering the children in her home district in Renton, the Lake Washington School District.
"No way," said the mother. "Everyone knows Bellevue schools are much better than Renton schools."

I never understood the concept of summer school. The teachers going to go up there and go, OK, class, you know that subject you couldnt grasp in nine months? Were going to whip it out in six weeks.
#joke #short
Joke | Source: Comedy Central: Jokes - Jokes provided daily from Comedy Central's archive.

What's white and if it fell out of a tree would kill you?
A fridge.
#joke #short
Joke | Source: http://news.scotsman.com/ - Joke of the day

Be careful what you wear (or don't wear), when working under
your vehicle...especially in public.
From Sydney Morning Australia comes this story of a central west
couple who drove their car to K-Mart only to have their car
break down in the parking lot.
The man told his wife to carry on with the shopping while he
fixed the car their in the parking lot. The wife returned later
to see a small group of people near the car. On closer
inspection she saw a pair of male legs from under the chassis.
Altough the man was in shorts his lack of underpants turned
private parts into glaringly public ones.
Unable to stand the embarrassment she dutifully stepped forward,
quickly put her hand up his shorts and tucked everything back
into place. On regaining her feet, she looked across the hood
and found herself staring at her husband who was standing idly
by.

"Just so you know, I never want to live in a vegetative state, dependent on some machine and fluids from a bottle. If that ever happens, just pull the plug."

His wife got up, unplugged the TV and threw out all the beer.

Bruce and Sheila have been see...

Bruce and Sheila have been seeing each other for a while and Sheila asks Bruce to meet her on the Sydney Harbour Bridge.
Sheila: I've got something to tell you, Bruce…I'm preganant and if you don't marry me, I'm going to jump off this bridge into Sydney Harbour.
Bruce: That's what I like about you, Sheila. Not only are you a great shag but you're a good sport too.
#joke
Joke | Old joke from joke of the day archives - Check out other old jokes Tuesday, 19 May 2009

Q: How many New Yorkers does it take to screw in a light bulb?
A: One. What are you -- stupid?
#joke #short
Joke | Old joke from joke of the day archives - Check out other old jokes Tuesday, 19 May 2009

The old adage that "It takes a thief to catch a thief" may indeed be true.

But these days there's a 3rd thief involved pleading the case -- the lawyer.

#joke #short #lawyer
Joke | Old joke from joke of the day archives - Check out other old jokes Tuesday, 19 May 2009

A little old lady called 911. When the operator answered she yelled, "Help! Send the police to my house right away!

There's a damned republican on my front porch and he's playing with himself."

"What?" the operator exclaimed!

"I said there is a damned republican on my front porch playing with himself! Please send the police!" the little old lady repeated.

"Because, you damned fool, if he were a democrat, he'd be screwing somebody."
#joke
Joke | Old joke from joke of the day archives - Check out other old jokes Tuesday, 19 May 2009