Creating genetic hybrids of a ...

Funny video of the day Tuesday, 25 May 2010 - link to page video is posted initially.

The census taker knocked on Mi...

The census taker knocked on Miss Gibson’s door. She answered all his questions except one. She refused to tell him her age. “But everybody tells their age to the census taker,” the man said. “Did Miss Mary Hill and Miss Patty Hill tell you their ages?”
“Certainly.” Well, I’m the same age as they are,” she snapped. “As old as the Hills,” the man wrote on his form.

Where Is the "BC" Located?

A minister’s widow, who was old-fashioned, was going camping for a week in California. She was nervous about the bathroom facilities and decided to write a letter to the campground owner. But as she was writing, she couldn't bring herself to write “toilet.” After much thought, the widow settled on "bathroom commode,” but when she wrote the word, it still sounded too coarse. Instead, she referred to the bathroom commode as "BC” after the first page of the letter: "Does the cabin where I will be staying have its own BC? If not, where is the BC located?"
In the process of filing, the campground owner lost the first page of the letter. Without noticing, he left the remainder of the letter on the desk of his staff manager who found the letter and was baffled by the acronym. When he asked his wife what BC meant, she remembered the widow’s husband was once a famous Baptist preacher. "Oh, of course!” exclaimed the staff member. “BC stands for 'Baptist Church!'" He immediately wrote a response to the widow’s letter:
Dear Madam,
I apologize for the delay in answering your letter, but I have the pleasure of informing you that the BC is located nine miles north of the campground and is capable of seating 250 people at one time. I admit it is quite a distance away if you are in the habit of going regularly, but no doubt you will be pleased to know that a great number of people take their lunches along and make a day of it. They usually arrive early and stay late.
The last time my wife and I went was six years ago, and it was so crowded we had to stand up the whole time we were there. It may interest you to know that right now there is a fundraiser planned to buy more seats for the basement of the BC.
I would like to say that it pains me very much not to be able to go more regularly, but it is surely no lack of desire on my part. As we grow older, it seems to be more of an effort, particularly in cold weather.
If you decide to come down to our campground, perhaps I could go with you the first time, sit with you, and introduce you to all the folks. Remember, this is a friendly community."
Best wishes,
Ethan Smith
Campground Manager "The real question now is...

"The real question now is, is this a one-time thing, or will the vice president try to kill again." -- David Letterman

#joke #short
Joke | Source: Jokes of the day - Used to be Joke rating machine, but this site is dead

I like to sit around with my friends and of course the conversation always leads to, What is the most philanthropic animal? A lot of people think its the dog because it helps blind people around. No, the dogs trained to do that, doesnt want to do that. Crickets are the most philanthropic. They let blind people know when its nighttime.
#joke
Joke | Source: Comedy Central: Jokes - Jokes provided daily from Comedy Central's archive. 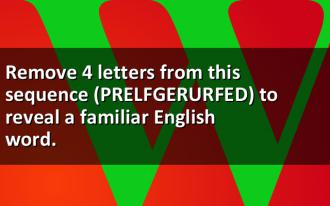 Out of the Mouths of Babes...

An old doctor went way out to the boon-docks to deliver a baby. It was so far out that there was no electricity. When the doctor arrived, no one was home except for the laboring mother and her 5 year old child. The doctor instructed the child to hold a lantern high so he could see while he helped the woman deliver the baby. The child did so, the mother pushed, and after a little while, the doctor lifted the new born baby by the feet and spanked him on the bottom to get him to take his first breath.

"Hit him again," the child said.

"He shouldn't have crawled up there in the first place!!!"

The children were lined up in the cafeteria of a Catholic elementary school for lunch. At the head of the table was a large pile of apples. The nun made a note, and posted on the apple tray: "Take only ONE. God is watching."
Moving further along the lunch line, at the other end of the table was a large pile of chocolate chip cookies. A child had written a note, "Take all you want. God is watching the apples."
#joke
Joke | Old joke from joke of the day archives - Check out other old jokes Friday, 17 July 2009

You have to check your coke can before you take a drink just in case you have mistaken it for your spit can.

You have accidentally taken a drink from your spit can.

Your wife asks you what you want to be when you grow up.

You see a forest fire and think 'Bar-bee-Q'.

You've ever strained your tea through a flyswatter.

Your mother is hairier than your father.

Instead of flossing you use a plunger.

You take the back window out of your pickup because it's easier to chuck the empty beer cans in the back that way.

When the back fills up with empty beer cans, you get another pickup and start all over again.

Your grandma can bench press a ruck axle.

A Bad Wish
Two happily married 60 year olds were on vacation when they came across a magic lamp. They rubbed it three times and a Jeanie came out. The Jeanie was willing to grant each person a single wish. The wife wished to travel around the world. Then "poof" a bunch of airline tickets showed up in her hands. The man thought about what he wanted to wish for.
He said to the Jeanie, "I wish my wife was thirty years younger than me." Then "poof" he turned into a 90 year old man.
What's the moral of the story?
-Be careful what you wish for.

Walks Into a Bar... Pissing Contest

Two men walk into a bar, one wearing a cowboy hat and the other wearing a Yankees cap. The guy in the Yankees cap approaches the bartender and make a bet: Ill bet you $1,000 that I can put a shot glass at one end of your bar and piss into it from the other end of the bar without spilling a drop.
The bartender laughs and says, Youre crazy, but youre on.
The man positions a shot glass on one end, walks to the other end and unzips his fly. He then pisses everywhere -- all over the walls, over the bar top, all over the bottles of booze, and all over the bartender. The bartender roars with laughter and tells the man to pay up.
The guy in the Yankees cap pays up, laughing and smiling, too.
What are you smiling at? asks the bartender. You just lost $1,000!
Well, you see that guy in the cowboy hat over there crying? Before we came in, I bet him $10,000 that I could piss all over your bar, your walls, your liquor AND you, and not only would you not be mad -- you would laugh hysterically about it!
#joke #walksintoabar
Joke | Old joke from joke of the day archives - Check out other old jokes Monday, 25 May 2009

A dear old lady was staying in...

A dear old lady was staying in a hotel in a small country town and could not get to sleep because of the noise emanating from a party on the ground floor. At first, she bore it stoically. But at about 2 A.M., when the screams and screeches were louder than ever, she phoned the front desk to ask what was going on.

"Oh, they're holding a Policemen's Ball" replied the clerk.